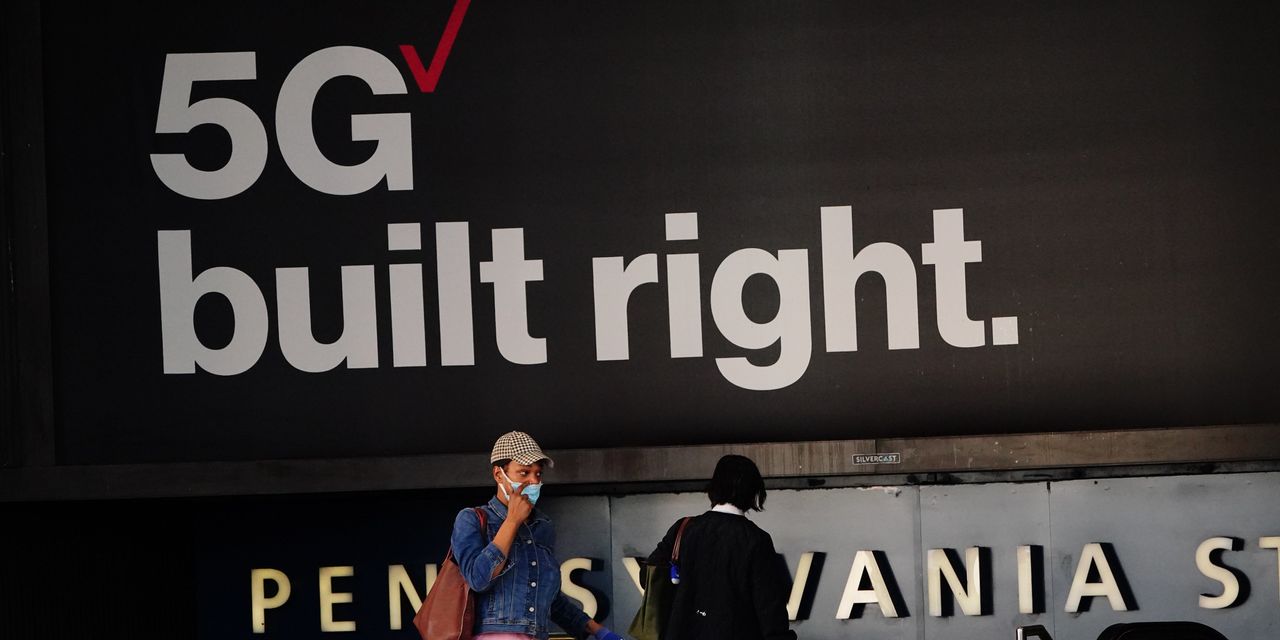 Even before the country’s two largest wireless carriers reported strong quarterly results this week, Morgan Stanley had a bit of cold water to splash.

The investment bank published the results of its ninth annual broadband and wireless survey on Monday. Among the findings were that only 4% of respondents cited “innovative technology” such as 5G as an important factor in their choice of service. That number was unchanged from the previous year’s survey—despite an unremitting onslaught of marketing from wireless carriers and device makers for the next-gen wireless standard.

That would appear inconsistent with the strong growth in wireless services reported by AT&T T -0.96% and Verizon VZ -0.87% this week. On Wednesday, Verizon reported adding 429,000 postpaid wireless subscribers during the third quarter, which is up 52% from the number added in the same period last year. On Thursday morning, AT&T said it added 928,000 such users to its rolls in the same period—up 44% from the same period last year and the highest number of net new additions in more than a decade of what are considered the industry’s most valuable base of customers.

The two carriers have been selling 5G hard over the past couple of years. That picked up significantly last fall, when Apple Inc. launched its first iPhones compatible with the next-generation wireless technology. Those phones have been in hot demand. Analysts estimate total iPhone sales jumped 25% to a record of 237 million units in Apple’s fiscal year that ended last month, according to consensus estimates on Visible Alpha. The 5G-compatible iPhone 12 and 13 models are expected to account for more than 80% of that number.

But customers appear to be driven more by old-fashion promotions than cutting-edge technology. AT&T, Verizon and T-Mobile —which reports its results on Nov. 2—offered heavy discounts last year for iPhone 12 models paired with new 5G plans. That appears to have continued with the newest crop; wireless analyst Craig Moffett of MoffettNathanson notes that “promotions tied to premium unlimited plans have gotten richer” with the introduction of the iPhone 13 family this year. Indeed, the Morgan Stanley survey found price to be the most compelling driver in choice of a wireless plan, with 44% of respondents citing it as their top factor.

That leaves 5G itself as an uncertain selling point—but one with some big bills attached. The major carriers bid up a total of around $95 billion earlier this year for wireless spectrum licenses auctioned off by the Federal Communications Commission, and Walter Piecyk of Lightshed Partners estimates that a new auction of 3.45 GHz spectrum that kicked off earlier this month will draw total bids of around $30 billion.

These high expenses, coupled with doubts over the consumer appeal of the technology, have helped make AT&T, Verizon and T-Mobile some of the worst-performing large-cap stocks in the S&P 500 this year. All three fell Thursday even after AT&T’s strong report, and they have averaged a decline of 11% so far this year compared with a 21% rise for the main index. This 5G call is still not clear.

U.S. stocks and government bond yields rose Tuesday as investors parsed the latest round of earnings reports for signs that…