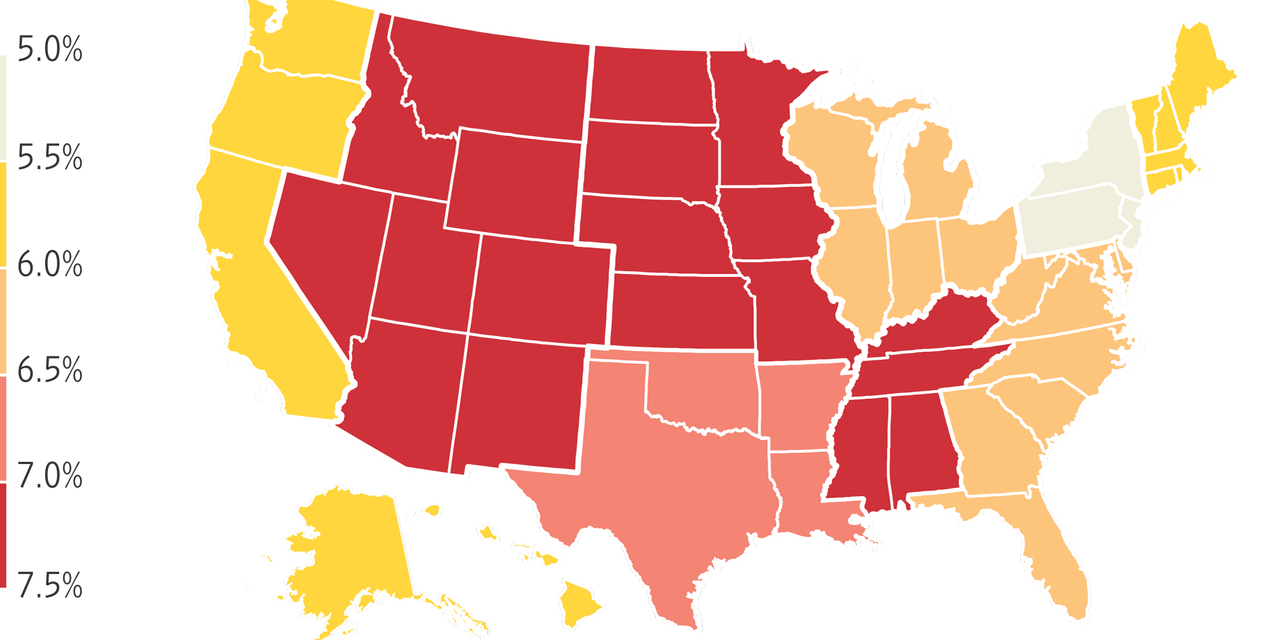 U.S. inflation rose at the fastest pace in three decades in October, with prices increasing more in some parts of the country than in others. Consumer prices were up 7.3% last month in the region that encompasses Iowa, Kansas, Minnesota, Missouri, Nebraska, North Dakota and South Dakota. Mid-Atlantic states, however, saw prices rise less, by 5.4% from a year ago.

Midwesterners saw relatively higher housing costs in October, with rent, natural gas and home furnishings all rising at a brisker clip than in other regions. Rental prices in Northeastern states, by contrast, grew at a much slower pace than elsewhere last month.

Covid variant in South Africa is ‘more of a problem’ than UK’s, official says

A patient with the Covid-19 breaths in oxygen in the Covid-19 ward at Khayelitsha Hospital, about 35km from the centre…