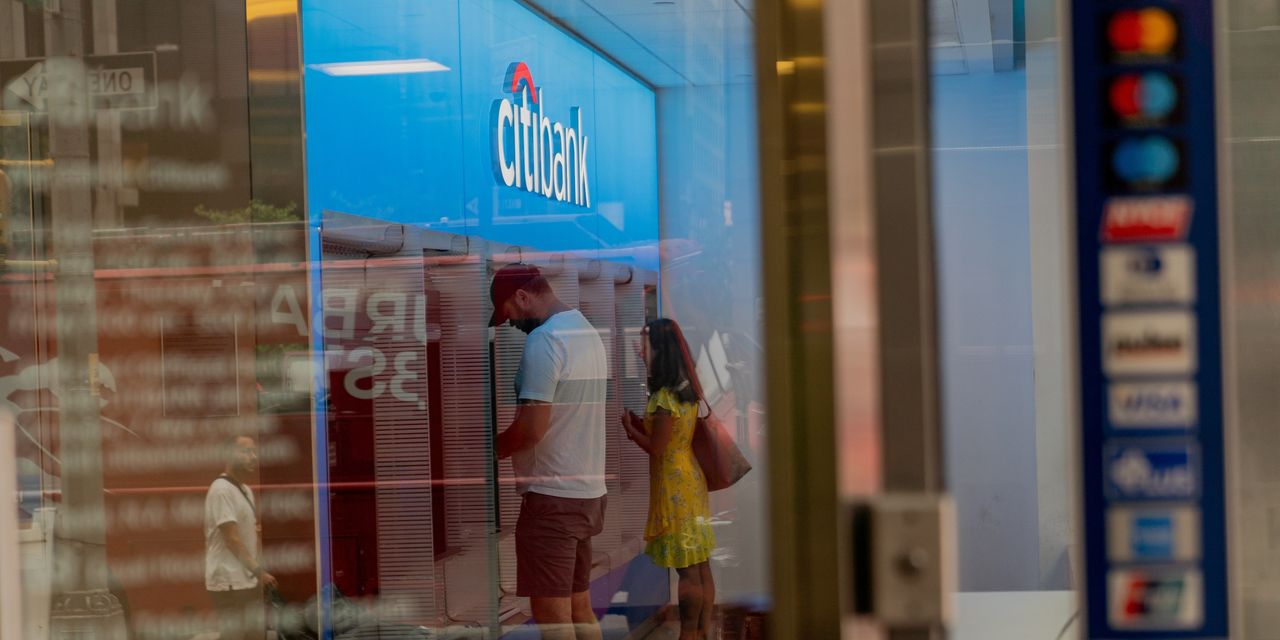 Wall Street is booming, or at least parts of it are. Merger mania and stock trading lifted the big U.S. banks’ third-quarter results. On Main Street, banks are still hunting for bigger loan growth, but many customers are spending more after holding out last year.

Here’s what the biggest U.S. banks are telling us about the state of the economy.

Customer spending has eclipsed pre-pandemic levels, bank executives said, a trend they see continuing into the holidays. Spending on Citigroup C 0.94% credit cards jumped 20% from a year ago to a record. Late fees are up and more people are starting to carry balances. Executives said they were back to fighting for card customers.

“That is a tremendous amount of spending that’s going on,” said Bank of America BAC 4.04% Chief Executive Brian Moynihan. “And it’s accelerating.”

A still-fragile economy and wide-open debt markets have cut into demand for bank loans during the pandemic. At Wells Fargo WFC -1.99% and Bank of America, total outstanding loans were down from a year ago but up from the second quarter.

“We all dream of faster loan growth,” Mike Santomassimo, Wells Fargo’s chief financial officer, said on a call with analysts.

One loan category, securities-based lending, is growing rapidly. Both Bank of America and Morgan Stanley MS 2.49% posted double-digit growth in loans to clients borrowing against their stock-and-bond portfolios.

Write to David Benoit at david.benoit@wsj.com, Ben Eisen at ben.eisen@wsj.com and Orla McCaffrey at orla.mccaffrey@wsj.com

Chevron Still Has Gas in Its Tank

Chevron CVX -3.89% was off to a great start in 2022, but investors suddenly see its barrel as only half…

The investing platform operated by Public Holdings Inc. is rolling out cryptocurrency trading, joining rivals such as Robinhood Markets Inc.…