GuruFocus had the pleasure of hosting a presentation with Shree Viswanathan, the founder of SVN Capital.

After growing up in Chennai (then called Madras), in South India, Viswanathan came to the U.S. to pursue graduate studies in 1989.

After graduating from The University of Chicago with an MBA, he spent time in the corporate finance world as an investment banker with Alex Brown, a member of the mergers and acquisitions team at Thomas Weisel Partner and as a corporate development executive at Union Bank of California. From 2005 to 2018, Viswanthan honed his craft as a portfolio manager and analyst at Discovery Financial Partners, Advisory Research Inc. and Keeley Asset Management in Chicago.

Viswanathan founded SVN Capital in 2018, where he manages a concentrated, global equity portfolio in both a private partnership and separately managed accounts.

Viswanathan kicked off his presentation with some background on how he found himself starting up his own company. He explained that after a period of several years working at other firms, he found his passion for investment management, but still took some time before starting out on his own.

He then looked at what he calls the “bane of investing” and why he believes that his firm offers something unique that is not often seen in the industry. He seeks to alleviate many of these issues by taking a long-only approach and heavily investing his own money back into the funds to maintain an alignment of interests.

Right up front, Viswanathan asks himself if the business he is looking at is something that he can actually understand. He explained there are several different industries that can provide good returns, but because they are complex, he refuses to deploy capital into them.

Viswanathan transitioned to his past example of Evolution AB (

OSTO:EVO, Financial). The company operates in the online gaming industry and supports live-dealer online gambling. He explained that the company’s large roster of innovative games and a growing addressable market has positioned them ideally for dominance in the U.S. He covered some of the changes he has seen in the last year and where he believes the company currently stands. 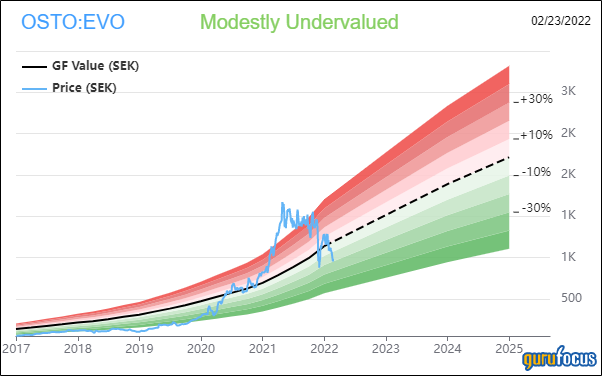 He also hit on Copart Inc. ( 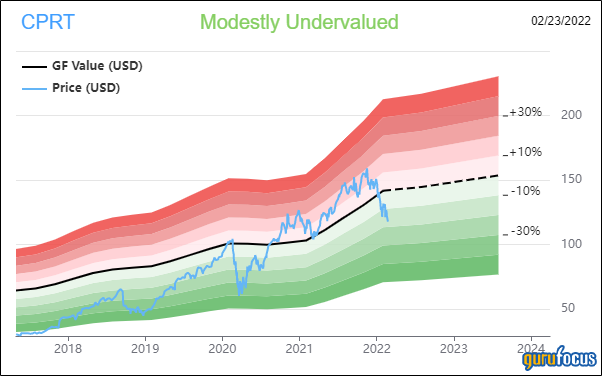 WAR:DNP, Financial). Dino Polska operates as a small-scale food retailer with an expanding footprint throughout Poland. Viswanathan expressed his appreciation for the competent management team and how the company has seen strong organic growth over the last decade. 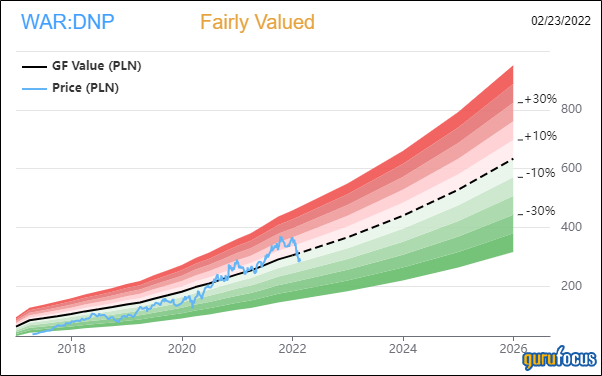 The questions Viswanathan answered covered a wide variety of topics and several asked him about his thoughts on a diversified set of investments in Europe and emerging markets. He explained that he remains curious about other markets, but refrains from investing capital into places that have risks that cannot be overcome.

For example, a question asked specifically about Africa and Viswanthan let the audience know he had looked into the potential of investments there, but that things like currency risks and swinging inflation have kept him cautious. He believes investing in places where he can access both financial documents and management teams without a language barrier is better for both himself and his investors.

Another question asked Viswanathan about the dilution of shares by Evolution Gaming. He took this question head on and had a two-part explanation. The first question looked to Evolution Gaming’s specific case when the dilution occurred as the company sought to raise capital for an acquisition. He believes it was a good acquisition to complete, but he will specifically be speaking with the management team about them not doing so again in the future when he meets with them later this year.

The second part of his response looked at companies diluting shares in general. Here he specifically targeted tech companies that dilute shares to raise additional capital, which he is not a fan of. He thinks that form of raising capital does not look good in the eyes of shareholders, so investors should be wary of a company that offers additional shares frequently.

After Biohaven, Pfizer Likely to Remain on Acquisition Binge

In a previous discussion on April 28, I speculated that Biogen Inc. ( BIIB, Financial) might be one of the…

The History of Charlie Munger and the Daily Journal