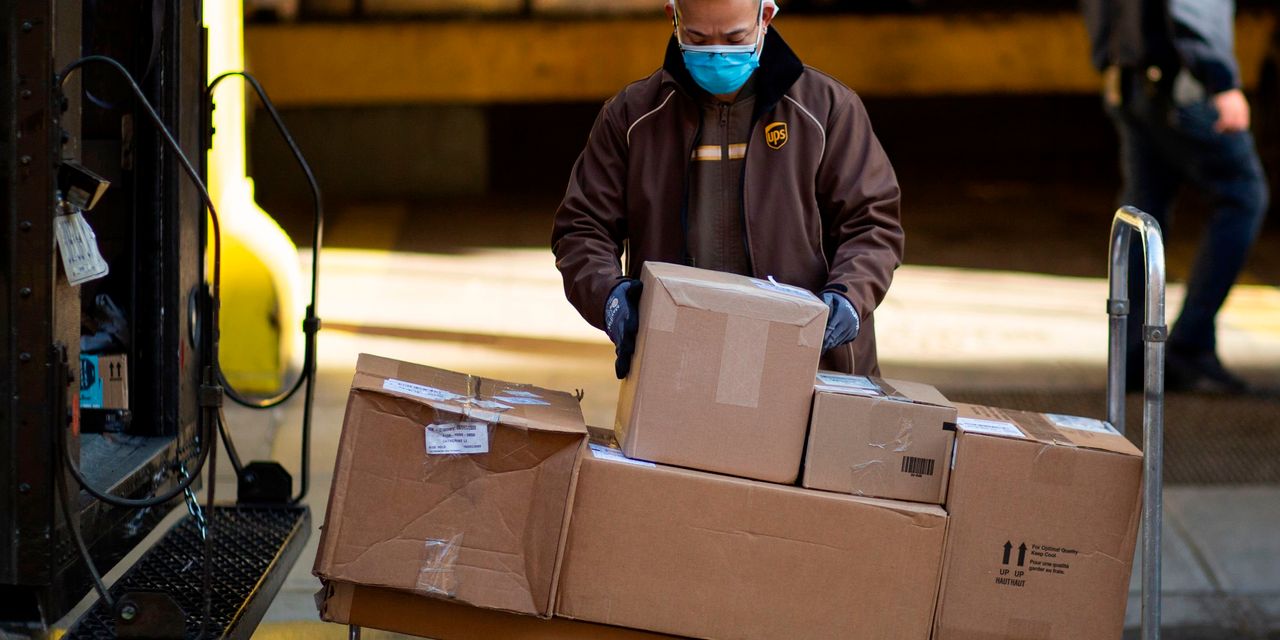 United Parcel Service Inc. UPS -4.15% is exploring a same-day option, a delivery model that has been employed by gig-economy players, as the pandemic has accelerated the shift to e-commerce.

“We don’t have a same-day product today, so we’re looking at it,” Chief Executive Carol Tomé said in response to a question on an investor-day webcast Wednesday. “We don’t have this all the way figured out, but we’ve got a team of people looking at it.”

She said the company is testing the concept and didn’t offer other details. A UPS spokesman said the company doesn’t comment on its pilot programs. The idea comes as the acceleration of e-commerce has pushed retailers to add more curbside and same-day delivery options.

Amazon.com Inc., one of UPS’s biggest customers, and Instacart Inc. are among the current providers of same-day delivery. Target Corp. TGT -1.34% owns Shipt, which does same-day deliveries from its stores as well as from chains like CVS and Petco. Food-delivery services such as DoorDash Inc. and Uber Technologies Inc. have expanded into groceries during the pandemic, though profits have been elusive.

UPS and rival FedEx Corp. have long provided overnight services but they generally don’t deliver packages on the same day they receive them. Both companies have begun offering services where they pick up parcels from some stores in evenings and deliver them the next day. FedEx offers same-day services in limited markets. It has also been testing robots that could make deliveries of medicine, pizzas and other items to consumers’ homes.

UPS’s technology infrastructure for ordering and tracking packages could position it well to pursue the delivery model, though it is unlikely that the company would go after already-popular services such as grocery or meal delivery, said Jeffrey Kauffman, a transportation and logistics analyst at Vertical Research Partners LLC.

“My guess is e-commerce is going to continue to grow this market,” Mr. Kauffman said of the market for same-day services. “It’s a market worth investigating.”

UPS on Wednesday laid out financial targets, saying it expects revenue to rise to about $98 billion to $102 billion for 2023, but it set profit margin goals that were below some Wall Street forecasts. In 2020, UPS had an operating profit of $7.68 billion on revenue of $84.63 billion.

UPS shares slipped 4% in Wednesday trading. The stock has roughly doubled over the past 12 months.

Ms. Tomé, who took over as CEO a year ago, has adopted a strategy of becoming more selective about the packages the company accepts as well as raising prices and enforcing volume limits.

UPS said Wednesday it is counting on deliveries of small packages and among small and midsize businesses to drive growth.

From working with Will Smith and Kevin Hart, to hosting thousands of events across the globe, Xiaoyin Qu’s schedule has…

A polar bear keeps close to her young along the Beaufort Sea coast in Arctic National Wildlife Refuge, Alaska in…