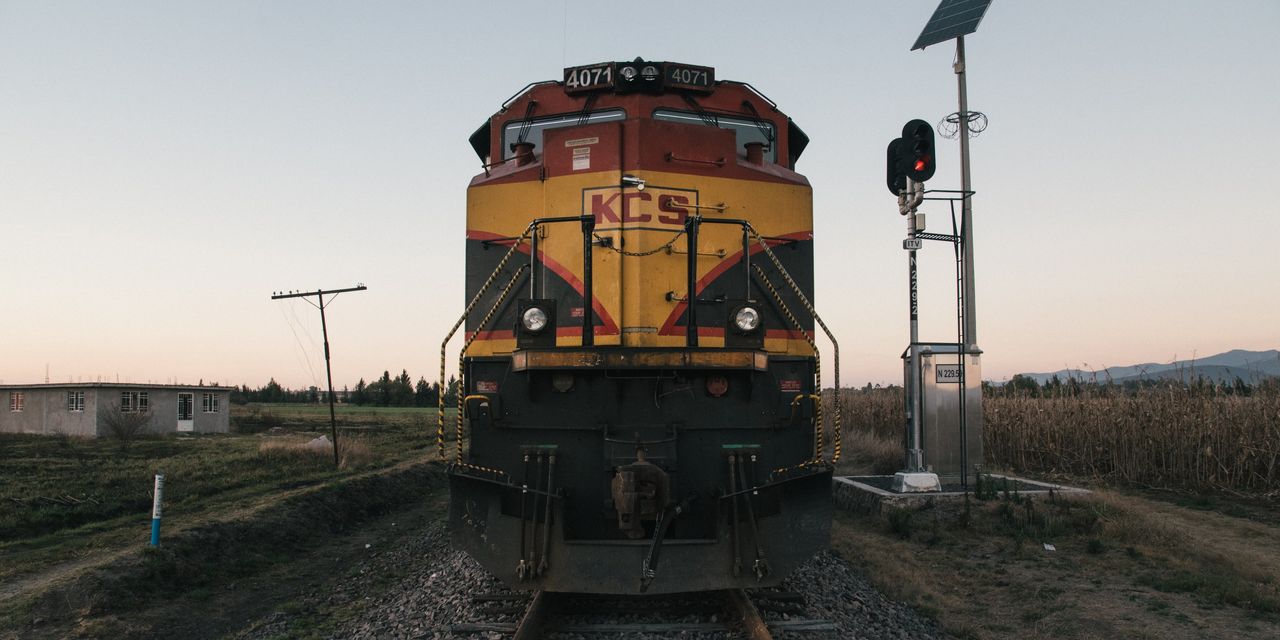 The scrap between two Canadian railroads for Kansas City Southern KSU 0.44% is getting ugly. It could also get very expensive.

Canadian Pacific CP 0.27% and Canadian National CNI 1.36% have released letters from stakeholders in support of their competing offers for the U.S. carrier or disparaging rival bids. Canadian Pacific, which moved first and agreed to pay $25 billion, or $275 a KCS share, called its domestic rival’s higher bid inferior because it “creates adverse competitive impacts.”

Canadian National, whose $325-a-share bid combining cash and stock was valued at $33.7 billion when announced but is worth somewhat less now, disagrees and has taken a riskier tack. Canadian Pacific asked for and received a waiver from more stringent rules enacted by the U.S. Surface Transportation Board in 2001 governing rail mergers. Canadian National, which is larger, hasn’t asked for a waiver and could face a longer, tougher approval process potentially extending to the end of 2022. The not-so-new rules have never been applied to a major merger.

Before either company’s bid is approved, though, Kansas City Southern would be taken over by a voting trust created by the winning bidder. The U.S. railroad’s shareholders would be paid regardless. The combined company would still be one of the smallest Class 1 railroads in North America under either scenario and would be the most expensive large rail acquisition of the current era in terms of earnings multiple.

Taken at face value, both offers seem economically justified given the limited consolidation moves left on the table. Railroads are natural monopolies that can’t be replicated, and connecting Canada, Mexico and the U.S. has serious value. If Canadian National is chosen by Kansas City Southern’s board, then it says it can extract at least $1 billion a year in pretax synergies and it probably would win business from truckers and other railroads. But it could face a significant financial hit if the deal later fails to gain approval or even if significant concessions such as trackage rights or disposals are required.

While the approval process drags on, it would own but not control the U.S. railroad. If Canadian National’s application is rejected outright, the market value of Kansas City Southern might drop back to around $20 billion—its level prior to Canadian Pacific’s bid. That is some $13 billion less than Canadian National would have paid in cash and stock at its own shares’ undisturbed price. Then it would need the trust to sell Kansas City Southern, which would be subject to the same review process, potentially taking especially long if the railroad is broken up and sold in pieces.

For a company with a current market value of $77 billion, that would be a substantial hit with no benefit other than keeping Kansas City Southern out of its domestic rival’s hands.

Canadian National shareholders shouldn’t worry it is overpaying. They should fret about it winning and failing to close the deal, though. That could be a financial train wreck.

Write to Spencer Jakab at spencer.jakab@wsj.com

The Treasury Market Could Soon Get More Love

Like beauty, the value of a financial asset is in the eye of the beholder. Right now, Treasurys look much…

Chinese toy maker Pop Mart has seen its stock more than double since its IPO three weeks ago. Photo: Chen…