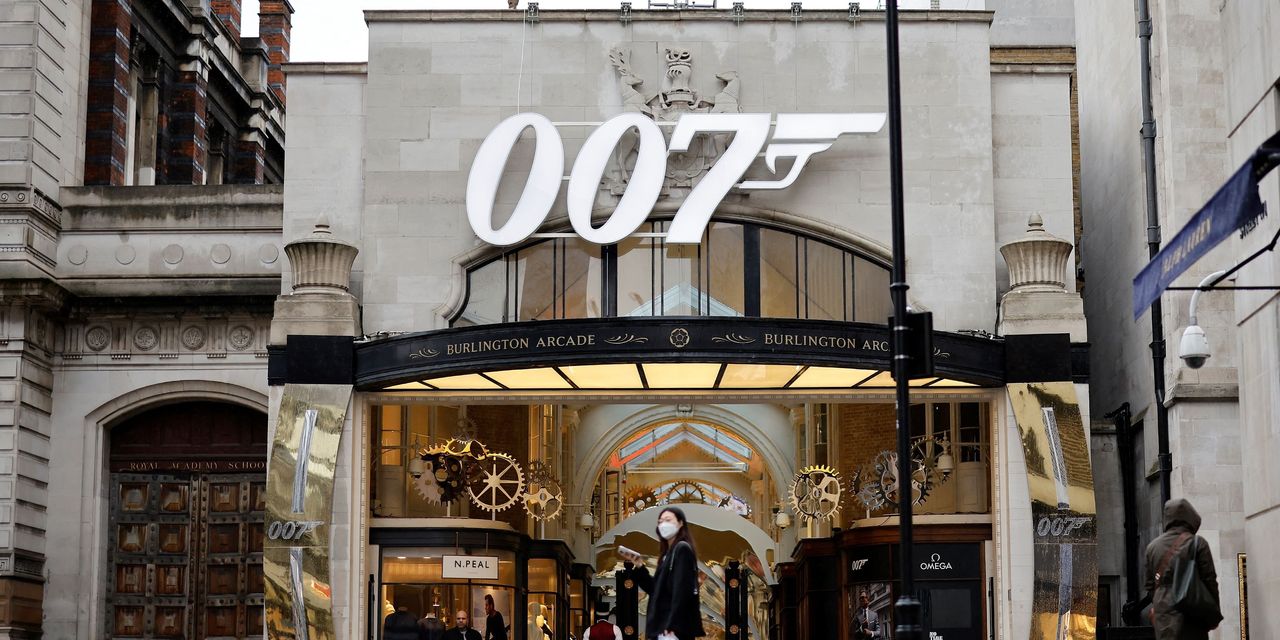 The death of movie theaters has been greatly exaggerated. What exactly their new life will look like in a post-pandemic world remains to be seen.

A strong box-office since early September has revived hopes for a sector once thought to be among the pandemic’s permanent victims. Walt Disney’s DIS -0.50% latest Marvel installment, “Shang-Chi and the Legend of the Ten Rings,” has grossed more than $206 million domestically since its Sept. 3 launch. Sony’s SONY -1.62% “Venom: Let There Be Carnage”—based on another Marvel character—opened to a strong $90 million gross this past weekend. And the much-delayed James Bond film “No Time to Die” from MGM MGM -0.85% has grossed $121 million in its early international markets ahead of its domestic release this coming weekend.

That has investors lining back up. Shares of Cinemark CNK -1.47% and IMAX IMAX -1.05% have surged 27% and 34%, respectively, since Shang-Chi’s release. AMC Entertainment AMC -3.19% lost 16% in that time, but the world’s largest movie-theater operator’s newfound status as a “meme stock” has left it more exposed to the recent market turbulence that has generally taken the wind out of riskier names.

The recent trend suggests that audiences will still turn out for big movies—especially when there are no other options. “Shang-Chi” has notably outperformed the $184 million domestic take for “Black Widow” despite the latter movie being on the market for two extra months and based on a much better-known Marvel character. Disney released “Black Widow” simultaneously in theaters and as a premium offering on its Disney + streaming service, but the performance of “Shang-Chi” seems to have made an impression. Disney announced on Sept. 10 that its remaining slate of movies for 2021 will launch first in theaters.

Still, the theatrical business faces some hurdles. Sales remain well below normal; domestic box-office receipts during the third quarter, which was largely free from pandemic-era restrictions, were 51% below the same period in 2019, according to Box Office Mojo. Much of that owed to a lighter slate, as the quarter saw 55% fewer releases than the same period in 2019. And many studios now have their own streaming outlets to feed, with investors rewarding them for the shift. Disney, which has produced the vast majority of high-grossing blockbusters over the past five years, reorganized its operations last year to focus more on streaming

So the remaining movies slated for theaters this year still need to pull in some major numbers to keep their makers sold on the exhibition business. Disney’s “Eternals” and “Encanto” in November will be key titles to watch—especially the latter since family-oriented movies still haven’t done well in the current market, possibly due to a lack of vaccination options for young teens and children. Sony, one of the few major studios without a streaming outlet, has a new Spider-Man installment plus “Ghostbusters: Afterlife” on the way. And a big question mark still hangs over “Dune” and “Matrix Resurrections” from AT&T’s T -1.22% WarnerMedia, given the studio’s decision late last year to put its entire 2021 theatrical slate on its HBO Max service the same day.

That leaves some heavy lifting for Mr. Bond. The movie franchise based on the character created by Ian Fleming in 1953 is the fifth-highest gross in terms of global box office, according to industry tracking site The Numbers. But James Bond movies still don’t have as wide an appeal as Disney’s Marvel and Star Wars franchises. Only one Bond movie, 2012’s “Skyfall,” has grossed more than $1 billion globally, compared with nine Marvel movies that have surpassed that mark. Bond movies are also fewer and farther between, and the six-year span since 2015’s “Spectre” is the longest break for the franchise since the early ’90s. That will make “No Time to Die” the first outing for the hard-drinking, womanizing superspy in the “Me Too” era.

But moviegoing hasn’t fully gone out of style yet, and theater owners are praying Mr. Bond hasn’t either.

Travelers is one of the first big property-casualty insurers to report quarterly earnings. Photo: Ron Antonelli/Bloomberg News Subscribe By Leslie…