The faster-than-expected recovery of the global economy, combined with rollout of 5G, increasing use of artificial intelligence, remote work trends, cloud adoption and several other factors, resulted in the demand for semiconductors far outpacing production capacity in 2020 and 2021.

Investors might anticipate that the supply shortage would result in growth for all semiconductor companies due to higher prices and the incentive to scale up their operations to draw in more business. However, even in a growing industry, there will be winners and losers, and while it’s too early to tell where all of the growth will occur in the future, we can get a snapshot of which semiconductor companies came out on top this past year.

According to data from TrendForce, the three companies that held the largest percentage of market share in semiconductor manufacturing as of December 2021 were United Microelectronics Corp. (

UMC, Financial) may not be in the news much, but it was Taiwan’s first semiconductor company, established in 1980 as a spinoff of the government-sponsored Industrial Technology Research Institute. In 2021, it accounted for 7% of the global semiconductor manufacturing market.

After years of steady growth, United Microelectronics really saw its earnings and revenue take off beginning in 2020, as shown in the chart below: 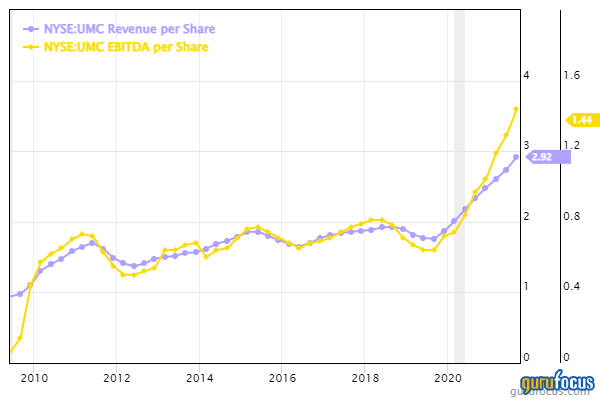 As it improves its top and bottom lines, United Microelectronics is also improving its margins, with the net margin of 22.44% outperforming 84% of industry peers as well as the company’s own 10-year median of 7.21%.

Year-over-year monthly sales growth rates skyrocketed into the 20% to 30% range in the beginning of 2020 and the end of 2021, and investor enthusiasm has increased accordingly, with the stock now trading in the significantly overvalued range according to the GF Value Line. 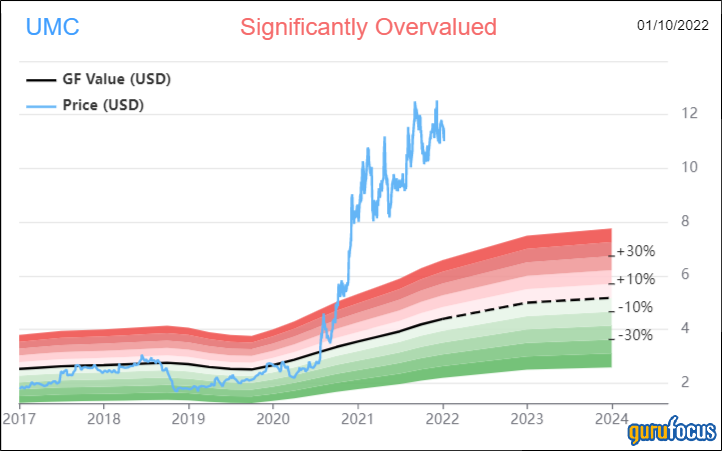 XKRX:005930, Financial) is a South Korean multinational electronics company that produces a wide variety of consumer electronics, device solutions and IT and mobile communications equipment. It is also the second-largest semiconductor foundry company with 17% of the global market share.

Since Samsung isn’t a pure-play semiconductor company, technically falling under the hardware category for industrial classification purposes, it hasn’t benefited as much from the growth in semiconductor demand.

Overall, the company has seen its top and bottom lines return to growth since 2020 due to increased demand for semiconductors, consumer electronics and other technology equipment. 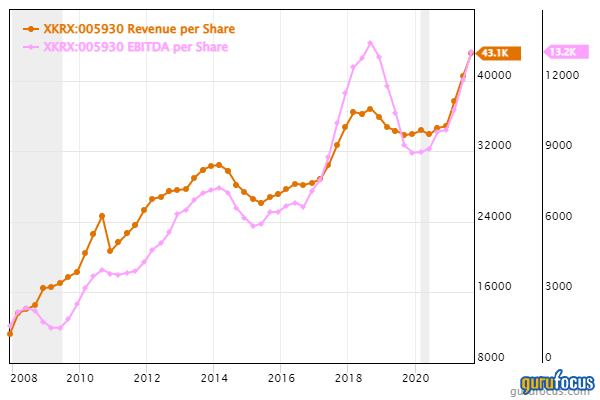 Samsung reported strong growth in semiconductors for the third quarter of 2021 and has also issued positive outlooks for both the last quarter of 2021 and for full-year 2022, with plans to further increase production and take advantage of favorable pricing created by shortages.

Perhaps due in part to the diversity of its business causing a conglomerate discount, Samsung earns a rating of fairly valued from the GF Value Line after a correction in 2021. 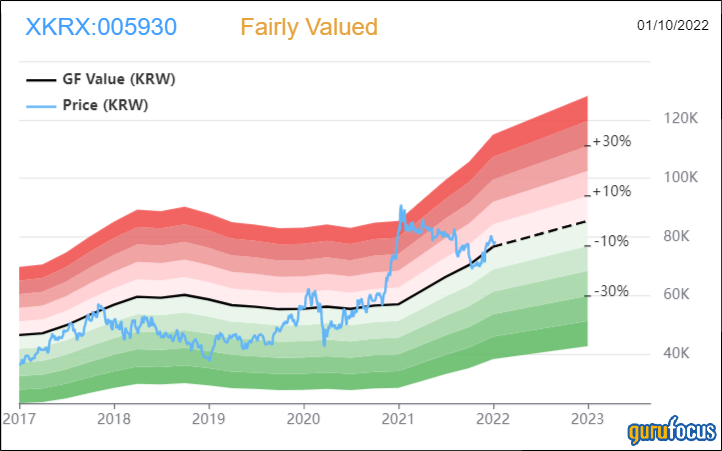 TSM, Financial), the Taiwan-based company that is responsible for manufacturing 54% of the world’s semiconductors as of the end of 2021.

Taiwan Semiconductor operates exclusively as a chip foundry, meaning it produces chips for other companies. Not needing to focus research and development dollars on its own designs helped this company scale up rapidly, and that scale helped it become one of the most efficient microchip manufacturers in the market, therefore drawing in even more business.

Many companies, including the likes of Intel (

Some analysts have been discounting the stock out of the belief that the company will lose business when top partners such as Intel build their own foundries. While that might be true in some cases, the company will likely make up for it by signing manufacturing agreements with newer players and long-time partners alike.

The GF Value Line gives Taiwan Semiconductor a rating of modestly overvalued. The stock’s growth stalled in 2021 as the market took a break from many highly overvalued tech stocks, though it is still trading above its median historical valuation levels. 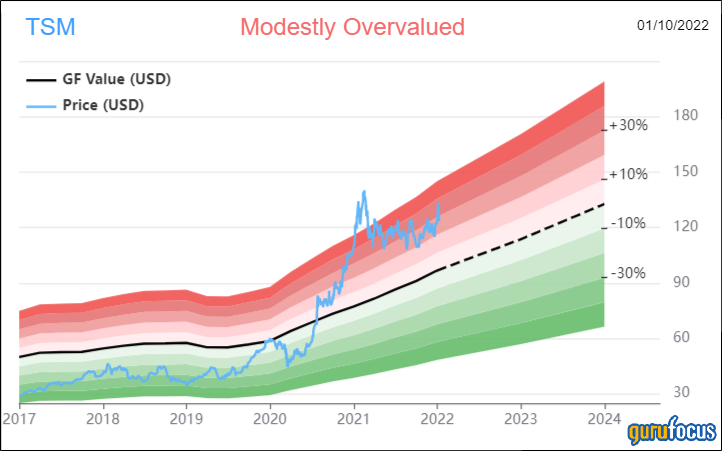 As the major indexes cool down from records, GuruFocus value screeners continue identifying opportunities for the month of November. A…