Leon Cooperman (Trades, Portfolio)’s Omega Advisors recently released its portfolio updates for the second quarter of 2021, which ended on June 30.

Cooperman is the founder and chairman of the Omega Advisors Family Office. The firm’s investing strategy is a combination of macro views and fundamental valuation. In 2018, the guru converted his hedge fund to a family office, citing in a letter that he did not wish to chase the S&P 500 for the rest of his life.

Based on its investing strategy, the firm’s top buys for the quarter were Lithia Motors Inc. (

LAD, Financial), impacting the equity portfolio by 2.65%. During the quarter, shares traded for an average price of $362.47.

Lithia Motors is an American automotive retailer based in Medford, Oregon. Though it was founded in 1946, it didn’t really become a growth stock until recent years when it began executing an aggressive dealership acquisition strategy in a bid to become the nation’s top auto dealer.

On Aug. 17, shares of Lithia Motors traded around $339.23 for a market cap of $10.49 billion. According to the Peter Lynch chart, the stock is trading slightly below its intrinsic value and its median historical valuation. 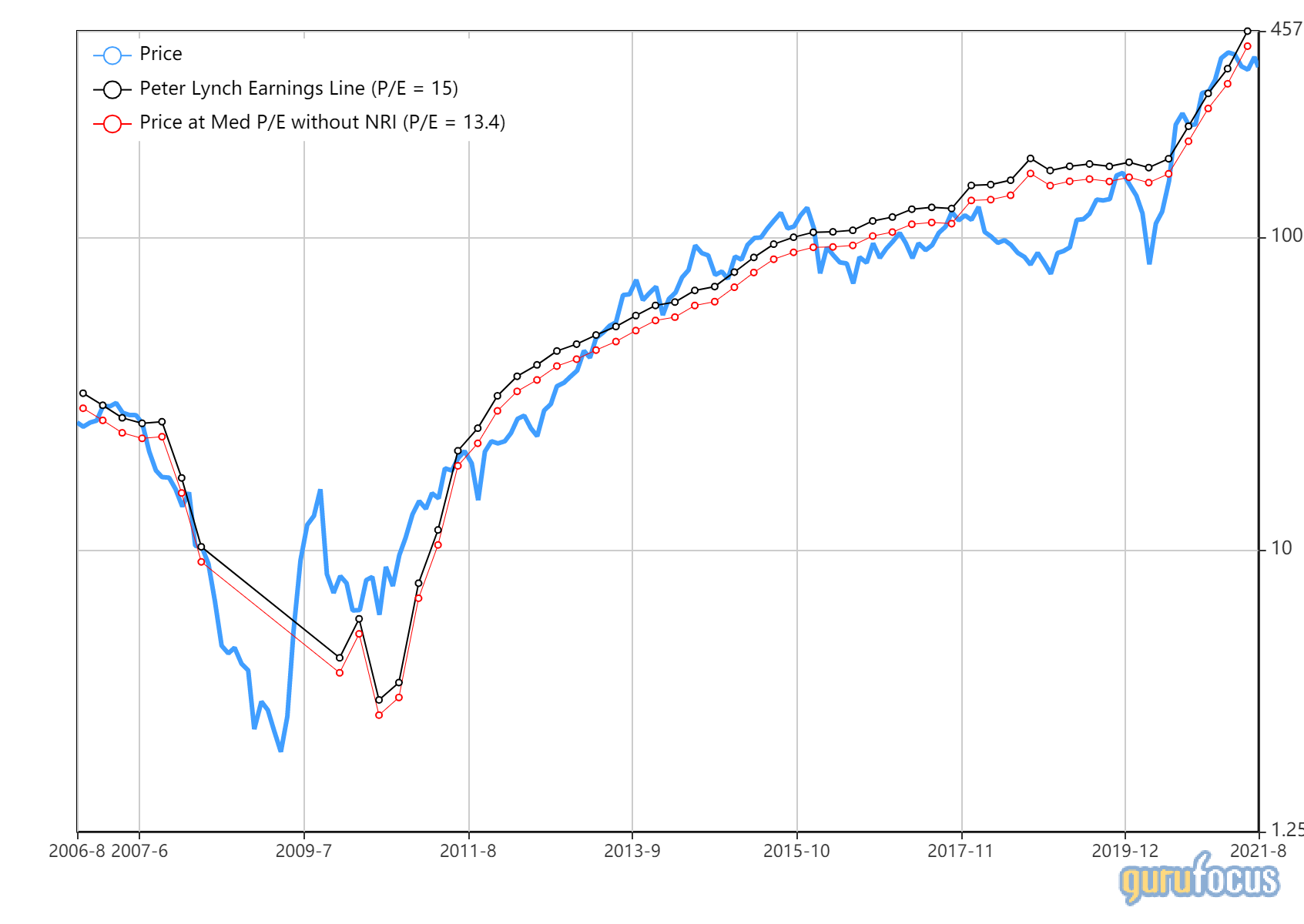 The company has a financial strength rating of 5 out of 10 and a profitability rating of 8 out of 10. The Piotroski F-Score of 7 out of 9 and Altman Z-Score of 3.81 are typical of a very healthy financial situation. The return on invested capital has typically been higher than the weighted average cost of capital in recent quarters, meaning the company is creating value as it grows. 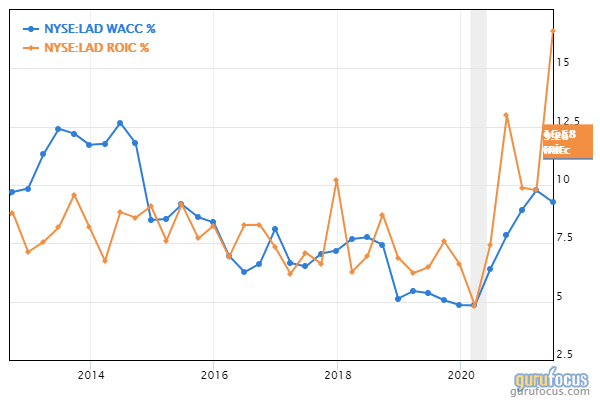 FOA, Financial), which had a 1.89% impact on the equity portfolio. Shares traded for an average price of $9.68 during the quarter. 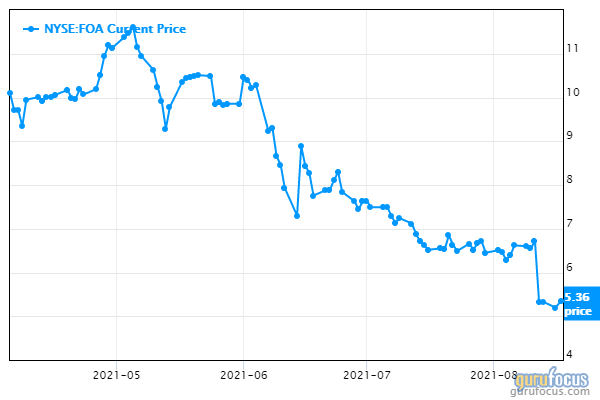 Currently, there is not sufficient data to assess the company’s financial strength or profitability, since it is new to the public markets. After going public via special purpose acquisition company, the stock initially popped because it was cheaper than other publicly-traded competitors, but it has since sunk as investors have lost much of their enthusiasm for SPACs amid regulatory fears and the failure of many blank-check companies to deliver on their promises to investors.

The firm cut its investment in Ferro Corp. (

Founded in 1919, Ferro is a producer of technology-based performance materials for manufacturers that operate in four core segments: performance colors and glass; pigments, powders and oxides; porcelain enamel; and tile coatings systems. It is based in Mayfield Heights, Ohio.

On Aug. 17, shares of Ferro traded around $20.14 for a market cap of $1.67 billion. According to the GuruFocus Value chart, the stock is modestly overvalued. 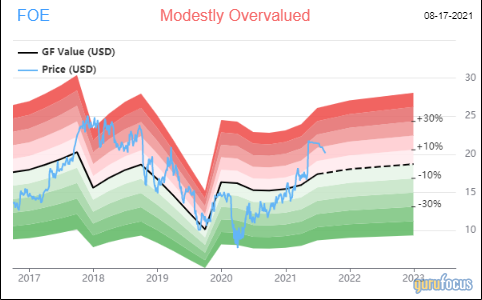 The company has a financial strength rating of 5 out of 10 and a profitability rating of 6 out of 10. While the cash-debt ratio of 0.39 is lower than 67% of industry peers, the Piotroski F-Score of 6 out of 9 is typical of a financially stable company. The ROIC has typically been lower than the WACC in the past, but it has surpassed the WACC in the most recent two quarters, indicating a turn to profitability. 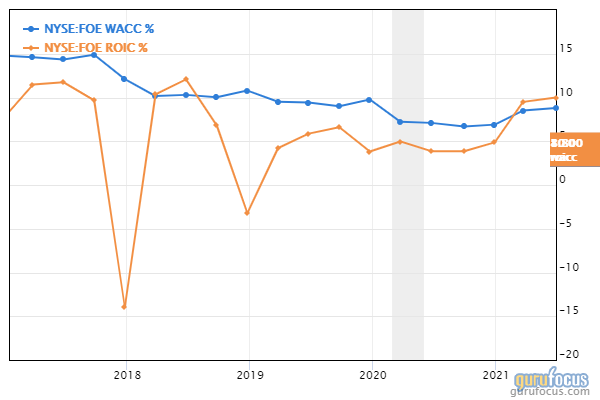 MGY, Financial), which had a -1.43% impact on the equity portfolio. Shares traded for an average price of $12.82 during the quarter.

Magnolia Oil & Gas is a Houston, Texas-based explorer and producer of oil and natural gas. It operates primarily in South Texas in the core of the Eagle Ford Shale and Austin Chalk formations.

On Aug. 17, shares of Magnolia Oil & Gas traded around $13.90 for a market cap of $3.28 billion. According to the GF Value chart, the stock is modestly overvalued. 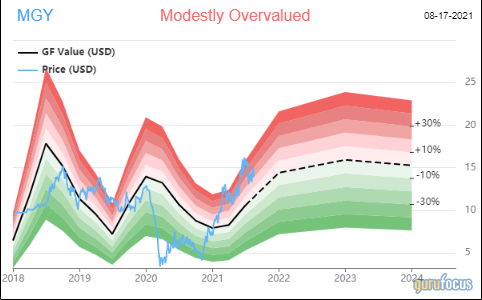 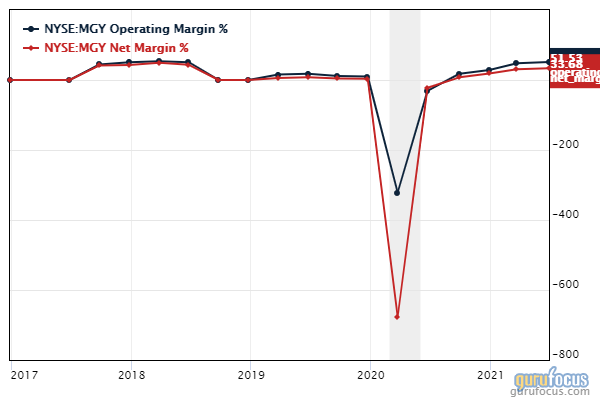 The top holdings were Alphabet Inc. ( 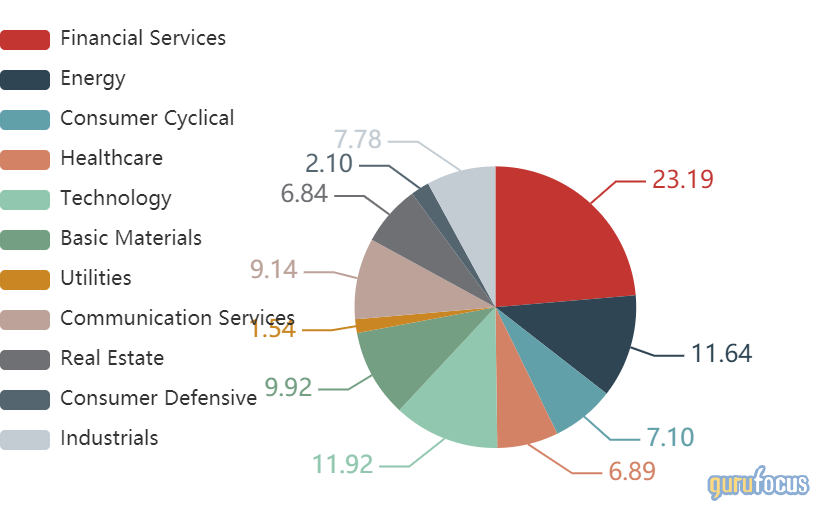