Earlier this week, the

Matthews Pacific Tiger Fund (Trades, Portfolio) disclosed its 13F portfolio updates for the fourth quarter of 2021, which ended on Dec. 31.

The fund went on a selling spree in the latest quarter, reducing more than half of the stocks in its equity portfolio. Its biggest sells were for Tata Power Co. Ltd. (

The fund reduced its stake in Tata Power (

On Feb. 9, shares of Tata Power traded around 234.75 rupees for a market cap of 750.11 billion rupees. According to the GF Value Line, the stock is significantly overvalued.

The company has a financial strength rating of 3 out of 10 and a profitability rating of 6 out of 10. Warning signs include declining operating margins and a poor Altman Z-Score of 0.97, while positive signs include a Piotroski F-Score of 6 out of 9 and a return on capital of 11.24%, which is higher than 68% of industry peers. 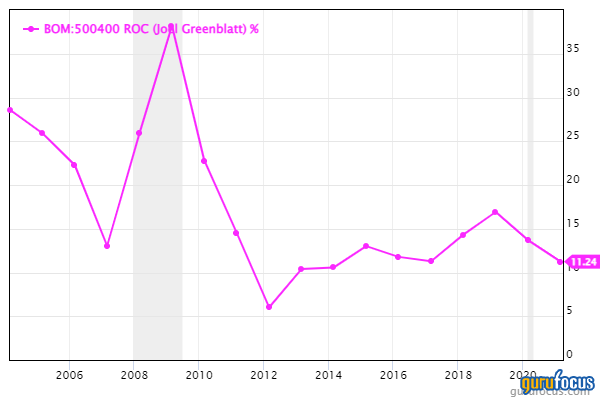 AIA Group is the largest life insurance and securities group in the Asia-Pacific region. The Hong Kong-based company was originally founded by an American businessman, and it was bought by a U.K.-based financial institution before eventually going public in 2010.

On Feb. 9, shares of AIA Group traded around HK$86.95 for a market cap of HK$1.04 trillion. According to the Peter Lynch chart, the stock is trading above its intrinsic value but below its median historical valuation. 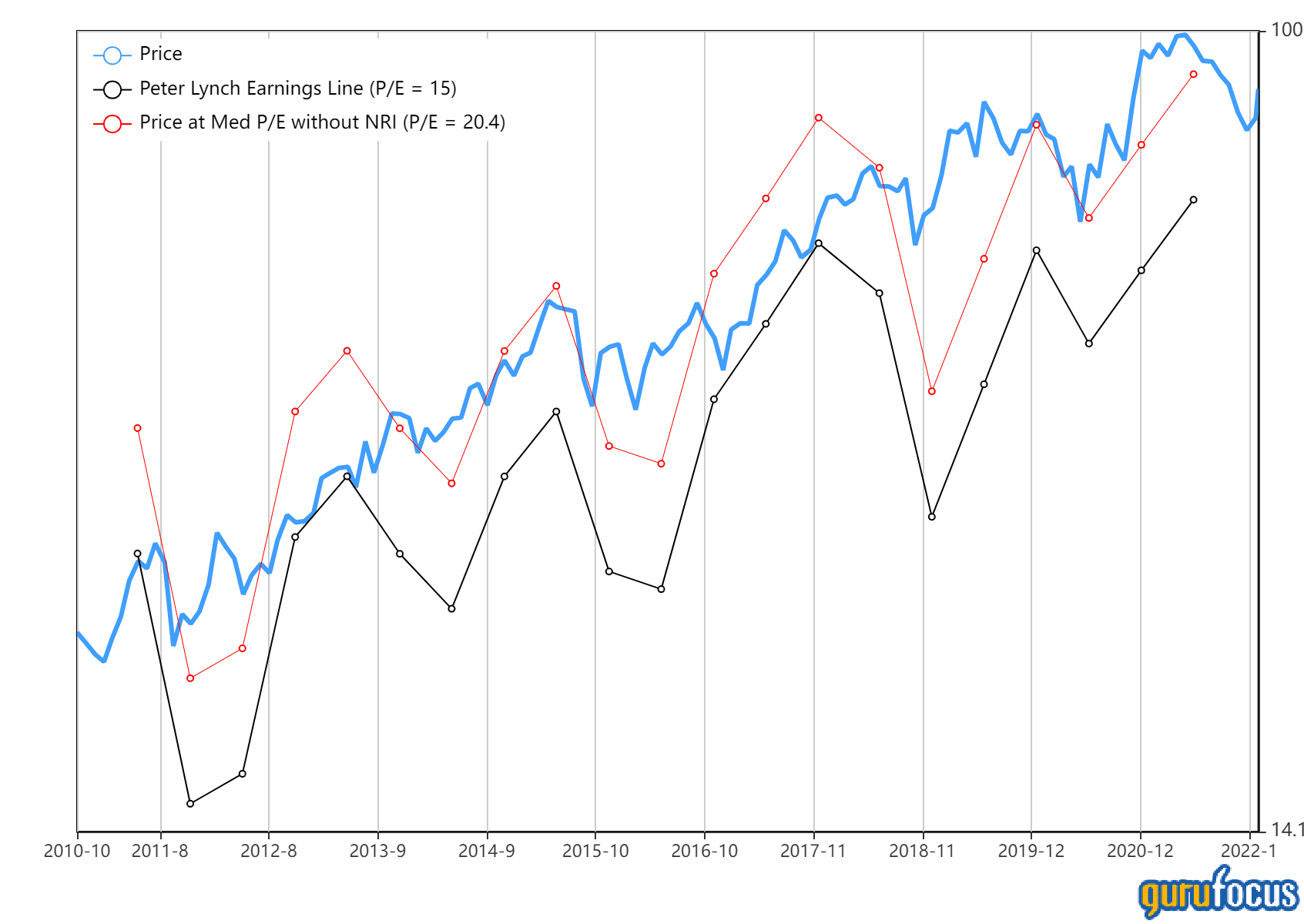 The company has a financial strength rating of 5 out of 10 and a profitability rating of 3 out of 10. Warning signs include a Piotroski F-Score of only 3 out of 9 and increasing long-term debt, while positive signs include price-earnings and price-book ratios being near their 52-week lows. 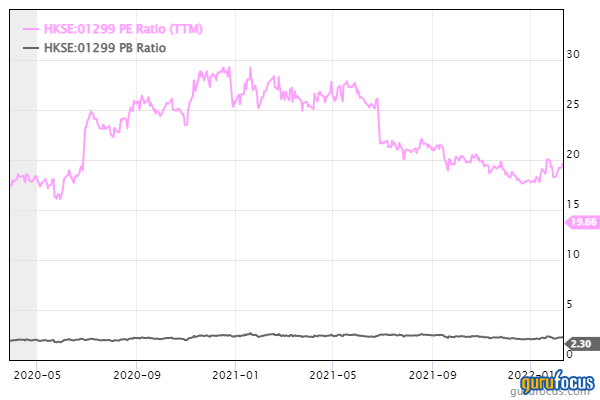 LG Chem is the largest chemical company in South Korea. It started out as a cosmetics manufacturer, but has since increased its chemicals portfolio into a wide range of products grouped under four segments: Petrochemicals, Energy Solutions, Advanced Materials and Life Sciences. 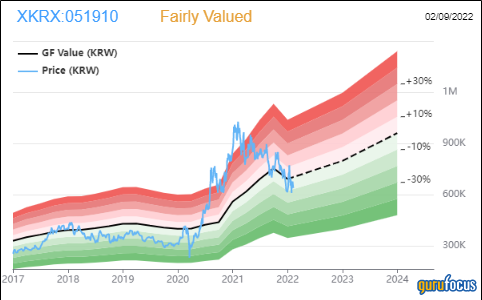 The company has a financial strength rating of 5 out of 10 and a profitability rating of 8 out of 10. Warning signs include declining operating margins and assets growing faster than revenue, while positive signs include a Piotroski F-Score of 9 out of 9 and a return on invested capital that surpasses the weighted average cost of capital. 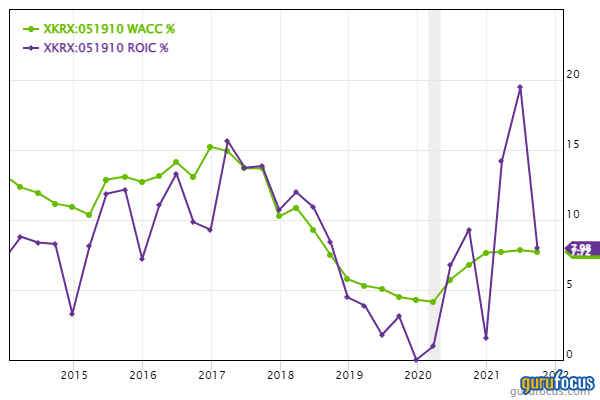 The fund reduced its WuXi Biologics (

WuXi Biologics is an open-access platform for biologics drug development. Headquartered in WuXi, China, the company is the first Chinese biologics company to be approved by both the U.S. Food and Drug Administration and the European Medicines Agency. Its platforms include custom protein generation, microbial-derived products and antibody drug conjugates.

On Feb. 9, shares of WuXi Biologics traded around HK$61.60 for a market cap of HK$259.59 billion. According to the GF Value Line, the stock is significantly undervalued. 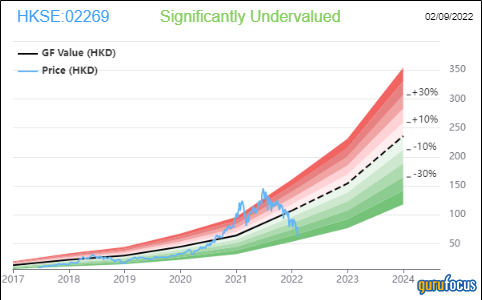 The company has a financial strength rating of 7 out of 10 and a profitability rating of 8 out of 10. Warning signs include assets growing faster than revenue and days inventory building up, while positive signs include an interest coverage ratio of 75.52 and growing operating and net margins that outperform 93% of industry peers. 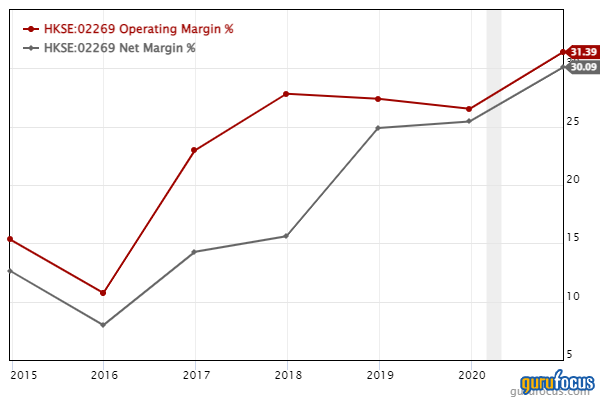 Operating under the Kakao Pay label, kakaopay is a South Korean IT services company that offers personal financial management, document management and bill payment features through its simple, easy-to-use app.

The company has a financial strength rating of 3 out of 10 and a profitability rating of 1 out of 10. It is a young company that has not been public for long, so data on it is limited. From the operating margin of -43.34%, it’s clear the company has not yet become profitable. The cash-debt ratio has dropped to 0.89 as the company has taken on more debt to pursue growth. 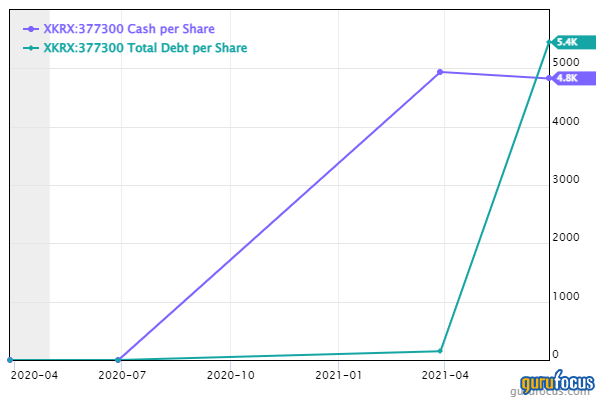 As of the quarter’s end, the fund held shares in 65 common stocks valued at a total of $7.24 billion. The turnover rate for the quarter was 2%.

In terms of sector weighting, the fund was most invested in the technology, consumer cyclical and financial services industries.

For those readers unfamiliar with what a special purpose acquisition company, or SPAC, is or does, here is a short…

ValueAct Holdings LP (Trades, Portfolio), the activist firm founded by Jeff Ubben in 2000, disclosed in November that its top…