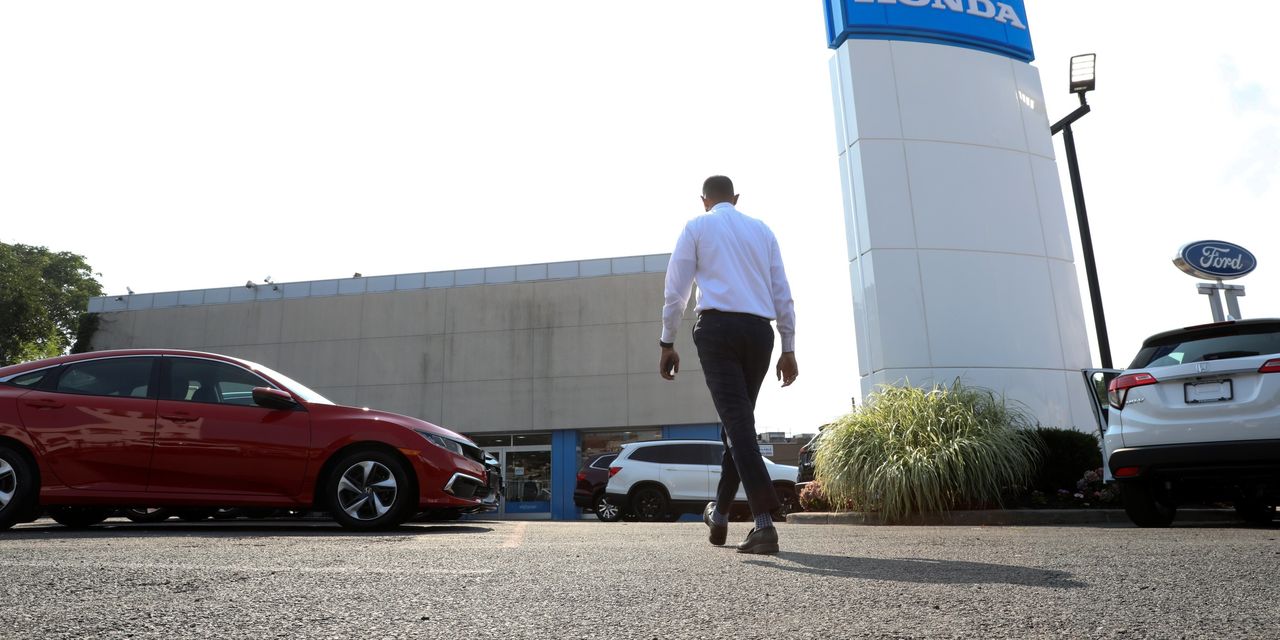 Everybody thinks the U.S. economy slowed down in the third quarter. They don’t agree on how much.

The Commerce Department will release its first read on third-quarter gross domestic product on Thursday. For what it is worth, the median estimate among economists polled by The Wall Street Journal is for a 2.8% annual growth rate. That compares with a 6.7% rate in the second quarter.

But in a reflection of how difficult it is to figure out what happened in a quarter when supply-chain problems and the Delta variant roiled the economy, the range of estimates is wide, running as high as 5.1% and as low as 0.8%.

One thing everybody can agree on is that consumer spending grew more slowly in the third quarter than in the second, when it rose at a 12% annual rate, after adjusting for inflation. Personal consumption dropped in July from June and, even though it rose in August and looks to have risen in September, that July decline dampened the average level of spending in the quarter. Throw in rising prices and, in inflation-adjusted terms, consumer spending probably didn’t grow much.

Things get thornier when it comes to figuring out what happened to inventories. Economists generally think businesses drew them down during the third quarter, but by less than in the second. The way the math works, that translates into a GDP boost, but the estimates vary: IHS Markit has a 1.6-percentage-point contribution to growth from inventories, for example, while JPMorgan Chase has 3.4 percentage points.

There is further disagreement on how much a widening trade deficit might have cut into GDP and over whether business investment rose or fell.

For anyone who, rather than getting stuck in the weeds of the GDP report, would like a succinct explanation of why growth appears to have slowed so much in the third quarter, the answer might be “cars.” With vehicle production hampered by the semiconductor shortage, in particular, the number of new light vehicles sold in the third quarter was down a seasonally adjusted 21% from the second quarter, according to the Commerce Department. Dealer inventories have fallen, too.

Cars matter a lot for investment, too. That isn’t just because car companies and suppliers have less reason to invest while they wait on chips but because vehicles are an important investment item for businesses ranging from big rental companies to the local florist. Right now it is hard for them to add to their fleets.

The biggest question coming out of Thursday’s report will be what comes next. For now, the supply-chain problems affecting car makers and other industries continue to hold businesses back. When those problems start getting resolved, though, the economy could surge all over again.

Technology stocks led a blistering rebound in Chinese shares, with some stocks jumping more than 30%, as investors seized on…