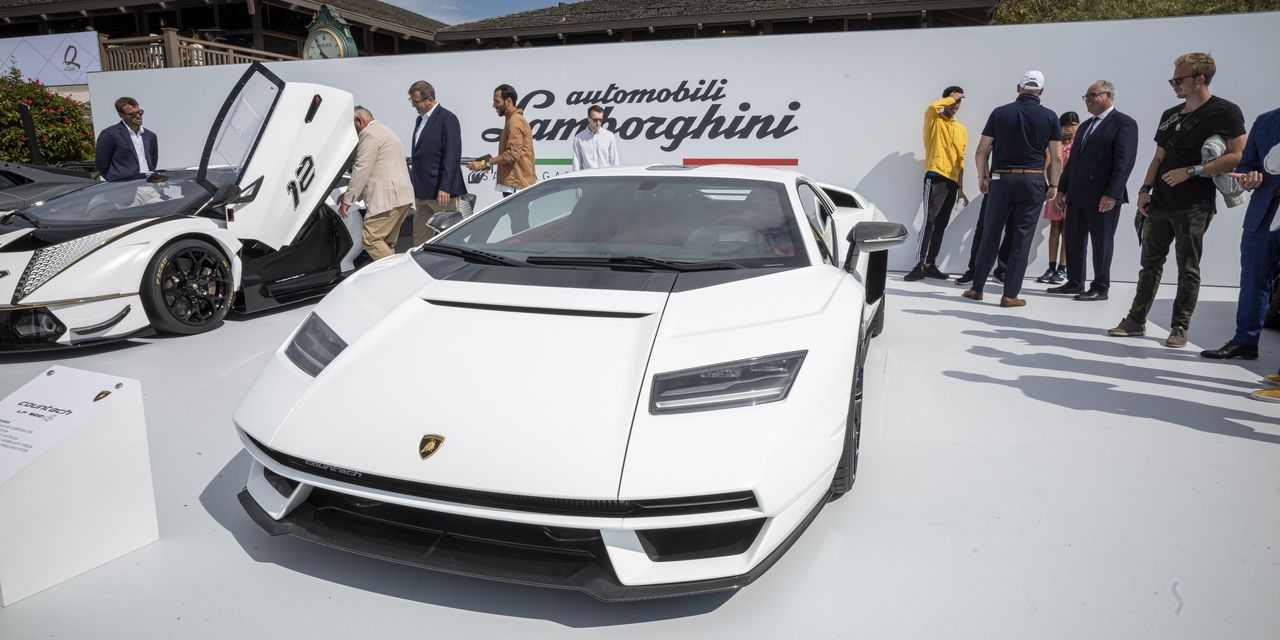 Are supercars expensive toys or valuable assets? The question is as relevant for stock investors as proud owners of a Ferrari, Lamborghini or Aston Martin. AML -1.76%

At the corporate level, such brands can generate financial returns to match their speed and looks, but they aren’t guaranteed. That is particularly true at a time when the companies have to come up with electric vehicles that somehow build on their heritage in noisy engines.

Lamborghini, which has a rocky financial history, celebrated a period of rapid growth with a capital markets day at its North Italian headquarters on Friday. Such a move might normally be interpreted as the prelude to a spinoff by Volkswagen, which bought the Italian brand in its late-1990s empire-building days. Rumors of a portfolio shake-up have swirled around VW ever since Chief Executive Herbert Diess took over in 2018.

With Lamborghini, though, VW has kept expectations in check. In May, British trade magazine Autocar reported that the German company had received a generous €7.5 billion offer (roughly $8.7 billion) from a consortium of investors; VW said the brand wasn’t for sale. Lamborghini portrayed Friday’s event as a low-key affair motivated by a group-level commitment to transparency.

The record of independent supercar brands is either fantastic or terrible, depending on the example picked. Ferrari stock has more than tripled since being spun out of what was then Fiat Chrysler Automobiles in 2015. Investors have come to appreciate the depth of demand for the brand, which underpins long order books, high prices and fat margins. But Aston Martin’s aggressively priced initial public offering in 2018 has been a disaster for investors, with the stock down 84%.

In any case, the future might not look like the past. As European regulations pushed the wider auto industry toward electric vehicles in recent years, boutique manufacturers benefited from an exemption for producers of fewer than 10,000 vehicles. But now that politicians are talking about banning gasoline engines in big markets like California, supercar makers are moving faster.

One obvious challenge full EVs pose to these brands is acoustic: What is a Ferrari or Lamborghini without the engine growl? After an initial burst of acceleration, EVs also can’t yet match traditional supercars on the racing track, which remains central to their brands. To keep their eye-watering prices, supercars above all need to “maintain the sense of occasion created by looking at them, driving them, experiencing them,” says Mark Wakefield, global co-leader of the automotive and industrial practice at AlixPartners.

VW is probably wise to keep full ownership of Lamborghini for now. The brand owes its recent growth spurt and double-digit operating margins to the 2017 launch of a sport-utility vehicle, the Urus. But with total revenue of €1.6 billion last year it is still less than half the size of Ferrari, which will launch its own SUV next year, the Purosangue. VW’s scale and reach could ease elements of Lamborghini’s transition. For example, the Italian company could benefit from sharing technology with Rimac, a celebrated Croatian electric supercar startup that already has links to VW’s Porsche and Bugatti brands, says Tim Urquhart, senior analyst at IHS Markit.

Lamborghini has become more than a vanity project in recent years, but it had an open road. Now both competition and electrification are catching up with supercars.

How do you think supercar makers will fare in the EV era? Join the conversation below.

Write to Stephen Wilmot at stephen.wilmot@wsj.com

The ultimate outcome of the 2020 election remains uncertain. But it is clear that the results fall short of the…