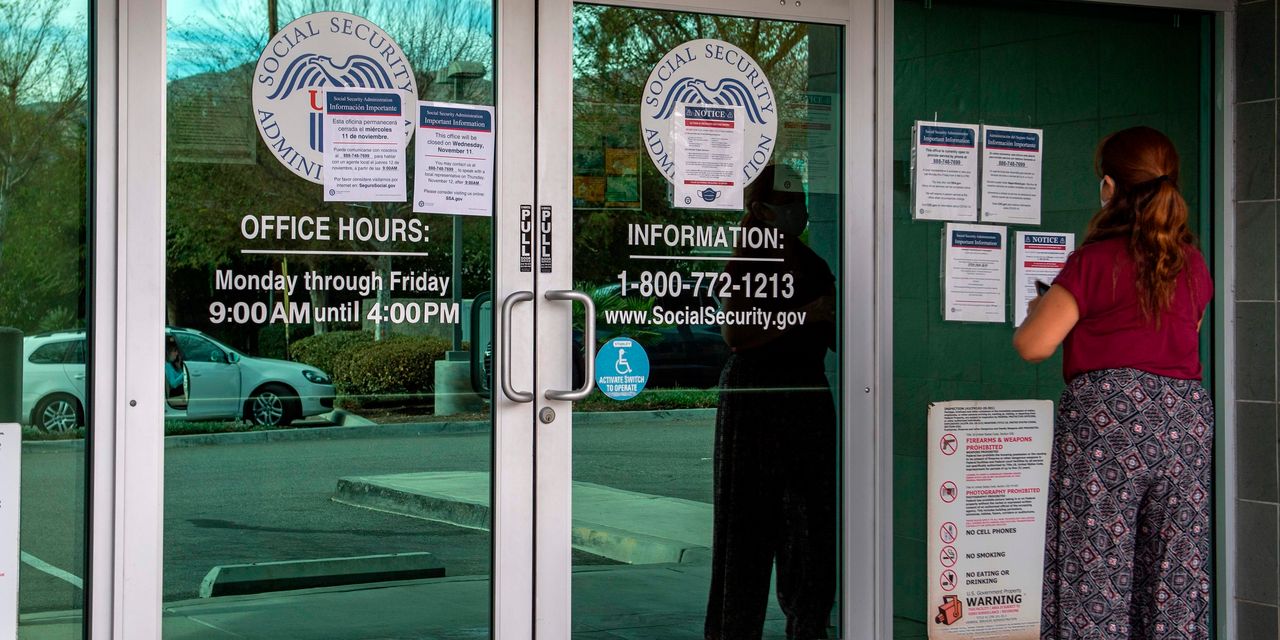 WASHINGTON—The severe economic downturn caused by the Covid-19 pandemic last year weighed on the financial health of Social Security, but not nearly as much as many forecasters originally feared, according to new projections of the program’s finances.

Trustees for the Social Security trust fund in an annual report released Tuesday said the program is expected to pay benefits that exceed its income in 2021, the same as it anticipated last year at the outset of the pandemic.

While the pandemic had a significant impact on the program, the trustees said, they expect Social Security’s reserves to be depleted by 2034, only one year sooner than they estimated in their April 2020 report. Once the reserves are exhausted, benefits would be reduced automatically unless Congress steps in to shore up the program.

The trustees now project elevated mortality rates related to the pandemic through 2023, and expect lower immigration and child-bearing this year and next, compared with their 2020 estimates. They also expect the pandemic has lowered worker productivity and thus economic output permanently.

“These alterations to near-term data and assumptions all significantly impact the outlook of the programs,” they said in the report.

The director of the Centers for Disease Control and Prevention, Dr. Robert Redfield, said Wednesday there’s no evidence that children…

The FDA says Pfizer’s Covid vaccine is safe and effective. But trial participants warn of intense symptoms after second shot

The Pfizer–BioNTech coronavirus vaccine is both safe and effective, according to the U.S. Food and Drug Administration. In a report…