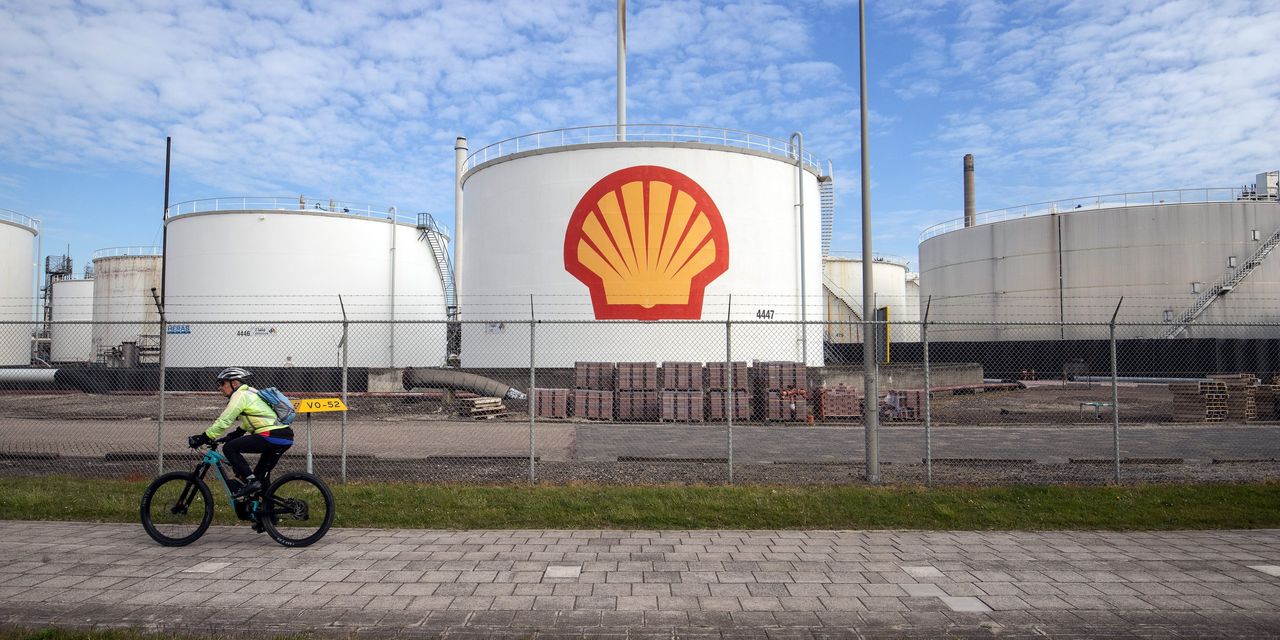 A Dutch court’s demand that Royal Dutch Shell PLC slash carbon emissions is casting a spotlight on how investors approach oil companies and their strategies to manage climate risks.

In one particular corner of the market—bonds issued by oil companies including Shell—investors appear to be juggling their holdings to get ahead of possible changes.

The development of climate change as a factor for investors to consider is shaking the investment world. The Dutch court ruled on Wednesday that Shell must cut its emissions by 45% by 2030, a move that amps up the pressure to decarbonize. Shell said it plans to appeal.

On the same day, Exxon Mobil Corp. shareholders elected board members nominated by an activist investor that wants the oil giant to prepare for a post-fossil-fuel world.

The change is nascent and most noticeable among European oil companies, whose bonds have lost value even as crude prices have soared. In addition to pressure from shareholders and activists who pushed the Shell and Exxon cases, debt investors say they are trying to get ahead of possible moves by the European Central Bank, the Bank of England and other central banks to favor sustainable companies in their bond-buying programs.

“When you take a look at where energy spreads are trading in the context of the recovery and commodity prices rising, there’s clearly something holding energy spreads back,” said Stephen Caprio, a global credit strategist at UBS.

Brent, the global benchmark for oil prices, is up over 30% this year. In the same period, the spread or extra yield over Treasurys on bonds issued by European oil firms has also climbed, indicating investors view them as riskier than other assets.

That spread widening is unusual. In the past, energy company bond yields have tended to tighten when oil prices rise and widen when they fall. Higher crude prices means more cash flow for the companies that issue the bonds, making them more creditworthy. When bond yields fall, bond prices go up.

An index of euro-denominated debt issued by energy companies saw its spread at 1.03 percentage points on Wednesday compared with 0.82 point for a broader index of euro debt issued by nonfinancial companies. The difference between the two has more than doubled since the beginning of the year, according to analysis by UBS.

Yields on debt issued by oil giants such as BP PLC and Total SE have risen this year faster than comparable non-energy bonds. A bond issued by Shell that matures in 2031 saw its yield edge up to 0.56% on Wednesday from 0.22% at the end of last year. Equivalent bonds issued by Total and BP also made similar moves.

This is despite targets set by these companies to try to reduce their carbon emissions and become net zero by 2050.

Behind the moves in yields, some investors point to the outsize role of central banks in bond markets.

Christine Lagarde and other ECB policy makers have said that the central bank is assessing its potential role in reducing carbon emissions in the economy as part of a major review of its policies set to come out this year. It is considering whether to factor climate risks into its corporate bond-buying program. It currently seeks to buy bonds evenly across the market.

In the U.K., the Bank of England said it plans to adjust its corporate bond-buying program to account for the climate impact of issuers. The government in March directed the BOE to expand its mandate beyond price stability to also drive the U.K. economy to be net zero, meaning the country’s carbon emissions are fully offset.

“We have seen central banks, literally around the world, now putting climate change as one of their top priorities,” said Sonja Laud, chief investment officer at Legal & General Investment Management. She said she is anticipating market pricing of assets to increasingly reflect the extent to which the companies are working to pollute less.

“We will see a far greater difference in pricing and in the cost of capital for companies that are aligned versus those that are not,” she said.

How are you positioning your investments for changes in climate policy? Join the conversation below.

“The direction of travel with the central banks can really move the needle, given the size of the asset base you’re talking about,” said Fraser Lundie, head of credit at Federated Hermes. He recently cut holdings of bonds issued by heavy carbon emitters.

Pension funds and insurers are also increasingly shifting money into funds that consider a company’s record on the environment when making investment decisions. Capital flowing into funds that describe themselves as following environmental, social and governance, or ESG, criteria, hit a record in the first quarter of the year at $185 billion, rising 17% from the previous quarter, according to Morningstar.

“I often compare it with smoking because it’s such an obvious one where it was absolutely acceptable a generation ago. Then all of a sudden it no longer becomes acceptable,” said Tatjana Greil Castro, a credit portfolio manager at Muzinich & Co. “Not many asset managers can buy tobacco bonds” and it will become the same for companies who can’t verifiably show that they are transitioning away from heavy carbon emissions, she said.

Bitcoin, dogecoin and other cryptocurrencies skidded Friday, extending their monthlong rout, following another cryptic tweet from Elon Musk. Bitcoin was…

Darden Restaurants said Friday that comparable sales at Olive Garden locations fell about 33% for the week that ended Dec.…