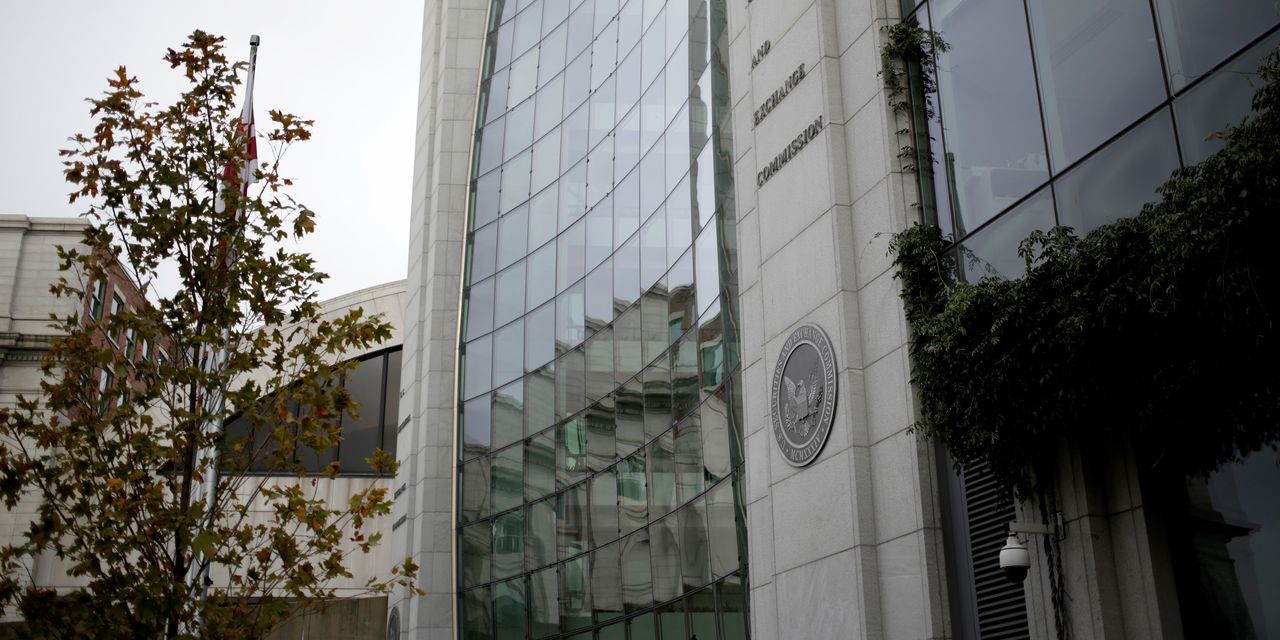 WASHINGTON—The Securities and Exchange Commission is preparing to force more transparency from big private companies, as regulators grow concerned about the lack of oversight of the private fundraising that has fueled their rise.

Private capital markets have become an increasingly popular way for companies to raise money in the U.S. in recent decades, allowing firms to acquire funding from institutions and wealthy individuals without the regulatory burdens of going public. The number of so-called unicorns—private companies valued at $1 billion or more—has continued to grow even amid the recent boom in initial public offerings.

The SEC, Wall Street’s top regulator, has begun work on a plan to require more private companies to routinely disclose information about their finances and operations, according to a semiannual rule-making agenda and people familiar with the matter. It is also considering tightening the qualifications that investors must meet to access private markets, and increasing the amount of information that some nonpublic companies must file with the agency.

“When they’re big firms, they can have a huge impact on thousands of people’s lives with absolutely no visibility for investors, employees and their unions, regulators, or the public,” said Democratic SEC Commissioner Allison Lee, who has called for the change. “I’m not interested in forcing medium- and small-sized companies into the reporting regime.”

Should the SEC force private companies with a lot of shareholders to go public? Join the conversation below.

The SEC’s push is at an early stage, but it is likely to garner stiff resistance from Silicon Valley and other sectors, such as oil and natural-gas infrastructure, that rely heavily on funding from private markets. The information that public companies have to disclose—about their earnings, business outlooks, risks and manager pay—is closely guarded by private companies.

“We caution the SEC from putting additional and unnecessary burdens on privately held companies that could have unintended consequences,” Bobby Franklin, chief executive of the National Venture Capital Association, said Monday. “This segment of the U.S. economy has driven innovation and delivered new products and services that have been very beneficial during the pandemic.”

Promising young companies typically source much of the money they need to grow from venture-capital funds, private-equity firms and wealthy individuals. Small individual investors have to wait until a company conducts an initial public offering to get in on the action.

Regulators and investor advocates have worried for years that public stock and bond markets, where companies must meet the SEC’s strict disclosure requirements, are losing their allure for startups.

They also say the abundance of private capital has enabled many of the best startups to delay going public for years, turning the traditional IPO into little more than an opportunity for wealthy insiders to cash out. Highlighting these concerns, two-thirds of the companies that went public in the U.S. in 2021 were trading below their IPO prices at the end of the year.

And despite last year’s record IPO volume, private markets have continued to grow. According to research firm CB Insights, there are currently 959 private companies valued at more than $1 billion, up from 513 at the end of 2020.

Progressives say the shift of capital-raising activity from public to private markets reflects an expanding set of exemptions from federal securities laws that the SEC and Congress have enacted over several decades. Republicans and industry representatives say it is a consequence of increasingly cumbersome requirements imposed by the SEC on public companies.

“Instead of using the heavy hand of big government to force firms into public markets, we should revisit the current disclosure and regulatory regime to make going public more appealing to emerging growth companies,” said Rep. Patrick McHenry of North Carolina, the top Republican on the House Financial Services Committee.

Federal statute requires companies with more than 2,000 shareholders “of record” to register their securities with the SEC and periodically disclose key information, whether or not they have conducted an IPO. But that threshold is rarely crossed because SEC rules allow an unlimited number of people to own shares in “street name”—through the same broker-dealer or investment vehicle—and be counted as one shareholder.

“The SEC has been intentionally undercounting shareholders for decades,” said Tyler Gellasch, executive director of the Healthy Markets Association, an investor trade group.

Now, the agency is working on a proposal that would enable regulators to look under the hood of such entities for a more complete shareholder tally. Its goal is to push large, private companies into the same disclosure regime that their publicly traded counterparts face.

It is unclear how many private companies could be forced to register with the SEC under the plan. In large part, that is because regulators have little visibility into the shareholder base of private companies.

According to data provider PitchBook, the largest U.S. unicorn is financial-services company Stripe Inc., which was most recently valued at $152 billion. It has 79 active investors. Some of them are individuals, such as billionaires Peter Thiel and Elon Musk. But others are venture-capital funds, mutual funds and private-equity firms, which can pool the investments of many shareholders.

A spokesman for Stripe declined to quantify the company’s shareholder base.

A recent analysis by advisory firm Different Funds, part of Assure Services Inc., found that the median number of investors in venture-capital funds—known as limited partners—has more than doubled over the past five years to 63 in 2021. But even that figure can be misleading, because a limited partner can also represent a pool of investors.

“For a private company that’s received funding from venture-capital or private-equity funds…you could probably get to 2,000 investors pretty quickly,” said Marc Ponchione, a partner at Debevoise & Plimpton LLP’s investment-management group.

The impact of the SEC’s planned changes will likely depend on the types of entities the agency decides to look through. One option would be to count each investor in a feeder fund—a vehicle set up by broker-dealers to pool assets from multiple clients for private-market deals—as distinct shareholders of record. A more aggressive path would be to count the number of people investing through a venture-capital fund or private-equity fund.

Because the plan is at an early stage, such decisions have yet to be made, according to a person familiar with the matter. But Ms. Lee, fellow Democratic commissioner Caroline Crenshaw, and key members of SEC Chairman Gary Gensler’s staff have all expressed a desire to draw more companies into the public markets.

Doing so would also increase the impact of Mr. Gensler’s plans to scale up disclosure requirements for public companies around climate change and other issues, supporters say.

Industry lawyers say the transparency sought by the SEC would hit companies with the cost of going public—regularly producing reams of paperwork—without any of the benefits.

Republican SEC Commissioners Elad Roisman and Hester Peirce said the plan would hurt growing companies in need of capital. They added that the 2012 JOBS Act raised the number of shareholders a private company can have without registering with the SEC to 2,000 from 500, to allow companies greater flexibility.

“Lowering these thresholds may both contradict the express will of Congress and potentially undermine our mission to facilitate capital formation,” Ms. Peirce and Mr. Roisman said in a joint statement on Dec. 13, after the SEC updated its rule-making agenda.

Write to Paul Kiernan at paul.kiernan@wsj.com

U.S. stocks pared their losses Wednesday after the Federal Reserve vowed to keep its easy-money policies in place until the…

Stocks Rebound After Week of Declines

U.S. stocks rose Monday, led by a run-up in shares of energy firms, as the S&P 500 and Dow Jones…