There is an ongoing debate about whether Chinese President Xi’s economic reforms fundamentally threaten the investment case for China (and, by extension, for the emerging markets universe which China dominates). The Economist warns that “China’s new reality is rife with danger” (10/2/2021):

His campaign is remarkable for its scope and ambition. It started to rumble in 2020, when officials blocked the initial public offering of Ant Group, an affiliate of Alibaba, a tech giant. It is thundering onward, having so far destroyed perhaps $2trn of wealth. Didi, a ride-hailing outfit, has been punished for listing its shares in America. Evergrande, an indebted property developer, is being driven towards default. Trading on cryptocurrency exchanges has been banned as, more or less, has for-profit tutoring. Gaming is bad for children, so it must be strictly rationed. China needs larger families, so abortion must become rarer. Male role models should be manly and celebrities patriotic. Underpinning it all is Xi Jinping Thought, which is being drummed into the craniums of six-year-olds.

The question is whether Xi’s campaign will merely suppress excesses (which are innumerable) or, by intent or error, overshoot and fundamentally damage the global economy. The good folks at Matthews Asia, surely among the most experienced China investors in the public sphere, are cautiously in the former camp. Andy Rothman’s recent video blog, “What is Xi Jinping Thinking?” (10/2021) argues that the Chinese elite know that private wealth has been the goose that laid the golden egg, and they’re surely not going to kill it. They might make tactical errors in dealing with the excesses but they’re likely to steady the system after a quarter or two. “How worried should we be?” They are “prone to overdoing it” but are “swift to course correct.”

Others are more cautious. Andrew Foster, the founder of Seafarer of reflected in 2021:

In my view, China has always held the greatest promise – possibly more than all other emerging markets combined … For the past three decades, my academic studies and professional career have been heavily influenced by an abiding interest in China’s practical and largely successful effort to escape mass poverty. Over time, my understanding of the country’s economic progress had manifested in a formative idea of China’s emergent potential. However, that year I was forced to recognize that my hopes for China’s future were naïve. From 2013 onward, President Xi and his administration have explicitly imagined a very different “Chinese Dream.”

Mr. Foster speculates that China might need to become its own asset class if EM investing is to remain viable. Goldman Sachs just raised the same prospect.

Our view for now (emphasis added) is that China is still a place we want to be investing, though we aren’t blindly moving ahead. We’re staying cautious.

Recent Chinese moves against aggressive capitalism have not been subtle. This has crushed certain industries in the Chinese stock market. We’ve been hurt by this, but not too badly. Some of the move against capitalism may be healthy. China has had a tremendous amount of fraud, which we believe might be reined in, and many companies in China are overly aggressive and perhaps this will add some caution, which could also be healthy. Understanding China is so important to understanding the global landscape, including the United States. We’re sticking with our investments in China for the time being (again, emphasis added).

The Chinese government is authoritarian and has periodically used force to suppress civil dissent. Disparities of wealth and the pace of economic liberalization may lead to social turmoil, violence and labor unrest. In addition, China continues to experience disagreements related to integration with Hong Kong and religious and nationalist disputes in Tibet and Xinjiang. There is also a greater risk in China than in many other countries of currency fluctuations, currency non-convertibility, interest rate fluctuations and higher rates of inflation as a result of internal social unrest or conflicts with other countries. Unanticipated political or social developments may result in sudden and significant investment losses. China’s growing income inequality, rapidly aging population and significant environmental issues also are factors that may affect the Chinese economy.

BlackRock’s version of the alarm, in their own updated risk statements, includes the note:

Investments in securities of companies domiciled in the People’s Republic of China involve a high degree of risk and special considerations not typically associated with investing in the U.S. securities markets. Such heightened risks include, among others,

Chinese companies are also subject to the risk that Chinese authorities can intervene in their operations and structure.

Additionally, China is alleged to have participated in state-sponsored cyberattacks against foreign companies and foreign governments. Actual and threatened responses to such activity and strained international relations, including purchasing restrictions, sanctions, tariffs or cyberattacks on the Chinese government or Chinese companies, may impact China’s economy and Chinese issuers of securities in which the Fund invests.

Chinese companies, including Chinese companies that are listed on U.S. exchanges, are not subject to the same degree of regulatory requirements, accounting standards or auditor oversight as companies in more developed countries. As a result, information about the Chinese securities in which the Fund invests may be less reliable or complete. Chinese companies with securities listed on U.S. exchanges may be delisted if they do not meet U.S. accounting standards and auditor oversight requirements, which would significantly decrease the liquidity and value of the securities. There may be significant obstacles to obtaining information necessary for investigations into or litigation against Chinese companies, and shareholders may have limited legal remedies. 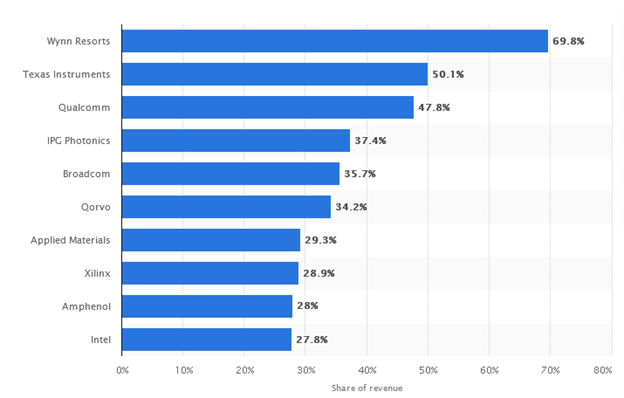 While reporting on China exposure is spotty – companies don’t have to break out earnings by country or region – lots of consumer names, from Yum Brands (Taco Bell, Pizza Hut, KFC) to UnderArmour and Nike, are dependent on China for billions in revenues.

Likewise, your international holdings have surprising exposure to Chinese stocks. Seven of the 10 largest holdings of the troubled Evergrande Property Services Group are Vanguard index funds, not overly Asian. And Evergrande is not alone in its financial woes: Sinic Holdings likely won’t repay $250 million worth of bonds and China Properties Group has defaulted on $226 million worth of notes.

To get a measure of the implied exposure to China (and its woes), we used the screener at MFO Premium to calculate the correlation between the largest China fund (iShares MSCI China ETF) and various sets of international investments.

One place to start your portfolio exploration is with the international Great Owl funds that favor smaller markets, smaller market caps, and smaller valuations. The Great Owl designation means that the fund in question has landed in the top 20% of its peer group, based on conservatively risk-adjusted returns, for the past 3, 5, 10, and 20 years, as applicable based on the age of the fund. The funds listed below all have track records of five years or more and have earned the Great Owl designation.

The complete list of all 700 Great Owl funds and ETFs is available at MFO Premium.

By David Snowball I have a deep distrust of managed futures funds. The logic is simple: isolate asset classes that…

By Chip Dear friends, Subscribe It’s fall! We’re back! And we hope you are, too. Well, it’s “meteorological fall” anyway.…