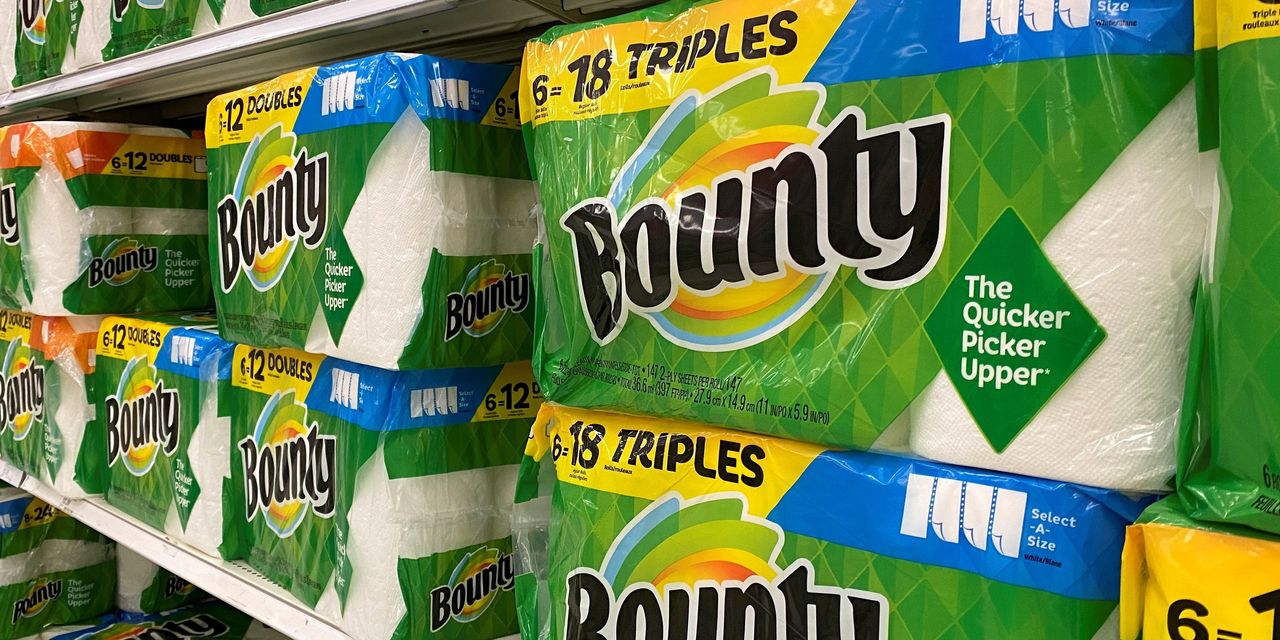 Corporate giants are using their size and deep pockets to protect themselves from the global supply-chain meltdown. P&> said Tuesday it enlisted backup suppliers, changed shipping routes, reformulated products and in some cases limited how much a retailer can buy at a time. Grocery giant Albertsons ACI 4.44% Cos. said Monday it offers alternatives to out-of-stock items and passes on price increases to consumers. Procter & Gamble shares lost 1.2% Tuesday.

Amazon is priming its workforce for the holiday season. The e-commerce giant aims to hire 150,000 seasonal employees in the U.S., a move to get needed workers for the holidays amid a tight labor market. Businesses from stores and restaurants to amusement parks and manufacturers are competing for workers, in some cases offering pay raises, hiring bonuses and other perks. Amazon’s number of seasonal hires is more than the 100,000 Amazon announced last year and matches the number that rival Walmart Inc. said it would add this year. Amazon shares added 1.1% Monday.

Zillow flipped its plans to buy and sell homes. The online home-listing platform said on Monday it would pause its automated house-flipping operations for the rest of the year and instead focus on closing existing purchase contracts and selling the homes it has on hand. Zillow said it has stopped the practice because it was experiencing backlogs related to renovating the homes and that it faces constraints for on-the-ground workers. The U.S. housing market rallied during the pandemic, but home sales volume recently began to cool. Zillow shares plunged 9.5% Monday.

Health regulators gave the nation’s Covid booster campaign a shot in the arm. The Food and Drug Administration on Wednesday cleared use of extra doses of Moderna and Johnson & Johnson vaccines. The FDA also said people can get a shot that is different from what they had previously received. The moves will make boosters available to the majority of adults who are fully vaccinated and passed the recommended waiting period. Some research indicates people who mix and match, especially if they got the J&J vaccine first, might get more protection from the coronavirus. Moderna shares rose 2% Thursday.

Netflix’s latest hits are getting mixed reviews. The streaming giant has been riding high from the success of “Squid Game,” a South Korean dystopian drama that made its debut last month and quickly became a global phenomenon. Netflix said on Tuesday that the popularity of its original programming helped add 4.4 million memberships in the third quarter. Meanwhile, Co-Chief Executive Ted Sarandos said Tuesday he “screwed up” in his efforts to communicate with employees who were upset over “The Closer.” The recent comedy special from Dave Chappelle had remarks that some viewed as offensive to the transgender community. Netflix shares slipped 2.2% Wednesday.

Will a second try at an IPO work for WeWork? It did on day one as the shared-office company made its debut on the New York Stock Exchange. Shares closed 13% higher. WeWork’s public launch capped a journey to a listing that included the implosion of its initial public offering in 2019 and the ouster of its co-founder and chief executive, Adam Neumann. The company attempted a refresh under Sandeep Mathrani that involved closing locations, renegotiating leases and cutting thousands of jobs to reduce expenses during the pandemic. WeWork went public through a combination with BowX Acquisition Corp., a special-purpose acquisition company.

Snap expects some of its recent growth to disappear. The maker of the vanishing-message app Snapchat on Thursday said it expects revenue expansion to slow in the current quarter due to Apple Inc.’s new policy that requires apps to ask users whether they want to be tracked. The new rules made it difficult for advertisers to test and measure their campaigns, Snap said. The move prompted complaints from companies that use such tracking technology to sell ads, and led to a running, public fight between Apple and Facebook Inc. Snap shares plummeted 27% Friday.

Write to Francesca Fontana at francesca.fontana@wsj.com

Is Your Wealth Adviser Independent? Sometimes It Isn’t Easy to Tell

Since the 2008 financial crisis tarnished big Wall Street banks and brokers, the ranks of independent wealth advisers have grown…