The table below reports the latest values of the eight indicators reported each month by Mark Hulbert from Marketwatch.com. These are the eight ways of measuring ten-year forward return which have been statistically meaningful, according to his research. These regression modules have the best long-term records predicting the stock market’s 10-year returns. As you can see, it’s not just the average household’s equity allocation that is bearish about the stock market’s longer-term prospects.

Out of eight shots which demonstrate future 10-year returns, only a wild-eyed optimist below 40 years of age with a Robinhood trading account and a savings account loaded with “stimmy” checks would want to fight this statistical battle.

As you can see above, even if the regression analysis was in your favor, like in 1980, 1990 and 2010, owning the ten-largest-cap companies in the S&P 500 Index was a ticket to underperformance, and in many cases, stock market failure.

Here are the index results from prior financial euphoria episodes with regression numbers similar to today:

The Nifty-Fifty Stocks of 1972

While the Index appears to be at an extreme on all three of these pillars, how does this guide us as value investors? Can you make money in an elongated stretch of poor index performance?

How can you be optimistic about energy when the crowd is bending over backwards to invest in every ESG initiative known to man and portfolio managers are embarrassed or ridiculed into avoiding the energy sector? To answer these questions, let’s go to the evidence.

The way we view it, this was the beginning of ESG investing. The government intervened in the free market and mandated that it was not good for our society to advertise cigarettes on radio and television. This led to consistent divestment of tobacco stocks by portfolio managers over the following decades.

Phillip Morris: The best performing stock in the entire NYSE

As you can see below, Phillip Morris (

PM, Financial) was the single company which was to be the most negatively impacted by the government intervening in the cigarette industry. Ironically, it was the best performing stock of the next forty years and this chart shows its run from 1980 to 2017.

Here is a list of the largest cap stocks in the iShares Global Clean Energy ETF, which appear to give investors participation in the seeming ESG gold mine:

Lastly, the psychology of the moment looks to us like the cartoon below: 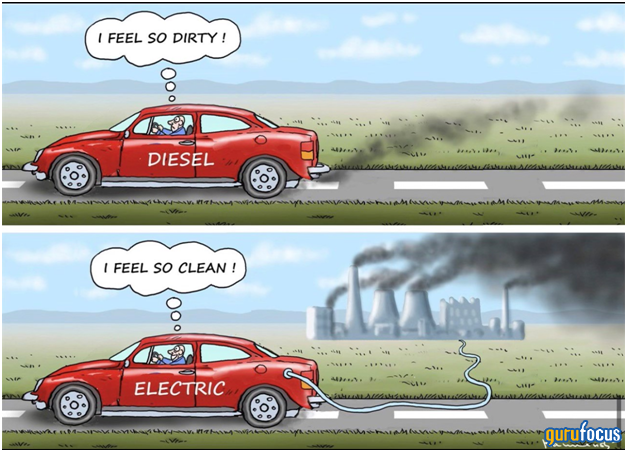 We are willing to bet a big part of our ranch that the ESG motive is like buying an effort to find needles in the haystack. Yes, someone will probably be successful out of the hundreds of money-losing companies trying to satisfy morally-arrogant investors. However, the totality of what they will accomplish will look like Geo Cities, Lucent and Sun Microsystems did in 2000-2010, in retrospect. Here is how

Warren Buffett (Trades, Portfolio) describes the logic of the moment:

“The key to investing is not assessing how much an industry is going to impact society, or how much it could grow, but rather, determining the competitive advantage of any given company and, above all, the durability of that advantage.”

It is enough to make us want to put all this in the Metaverse; which is an extremely heavy energy consumption electronic activity.

The best way to understand where we are going is to look at the evolution of the most popular TV shows. In 1962, the “Beverly Hillbillies” debuted and was an instant comedy hit. It was the story of some folks from the country who discovered oil on their property, struck it rich and moved to Los Angeles. The show topped the charts and spawned a series of comedy shows like “Petticoat Junction” and “Gilligan’s Island.” 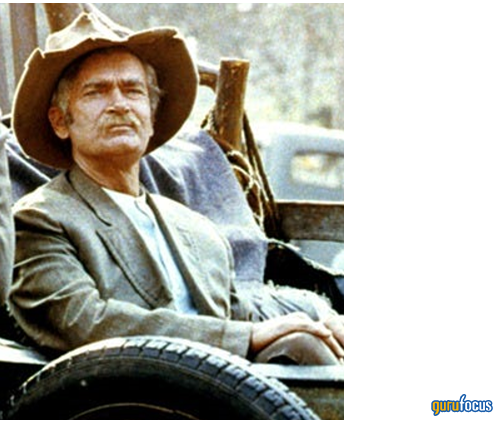 In 1981, the most popular broadcast television show of all time, “Dallas,” was the story of a ruthless and mega-wealthy family (the Ewing family). The eldest son ran the business and was sleeping with women all over town. J.R. Ewing, played by the former astronaut in “I Dream of Jeannie” (Larry Hagman), was shot by someone and everyone had to tune in to find out who shot him. We believe it was the largest market share episode of TV prior to the advent of streaming. 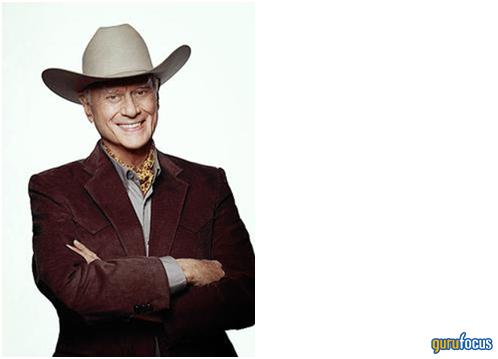 You see, Americans were enamored and envious of oil people, because the oil business was the best way to get rich in the 1970s. See the oil price chart below: 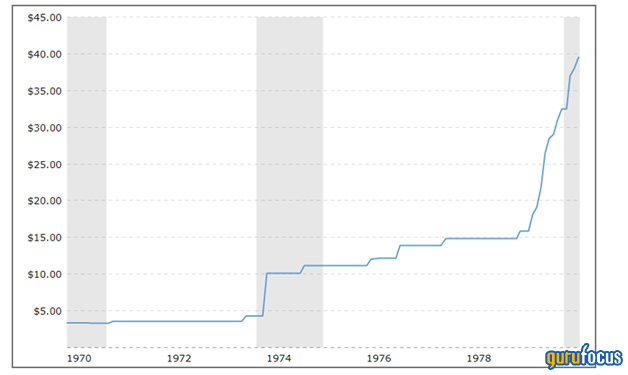 Where are we now? There are no popular oil business TV shows and nobody wants to invest in the future of the business. Even most people who run oil and gas companies don’t want to invest in future production or they are being brow-beaten into low levels of capital spending, while trying to please the ESG mafia.

Therefore, a massive amount of relatively inexpensive oil and gas is needed for auto transportation and to produce electricity for electric cars. Like

The moral of the story for us is that we need to invest heavily in the attractive and unloved polar extreme of the oil and gas business. Second, we need to believe the overwhelming evidence that ten-year returns in an index, which is overloaded with what you should have bought ten years ago, is dismal. The companies which investors are most enamored with are Apple (

Thank you for investing with us and coming along for the ride. And, as always, fear stock market failure!

Past performance is not indicative of future results.

Heart disease is the leading cause of death for men, women and people of most racial and ethnic groups in…