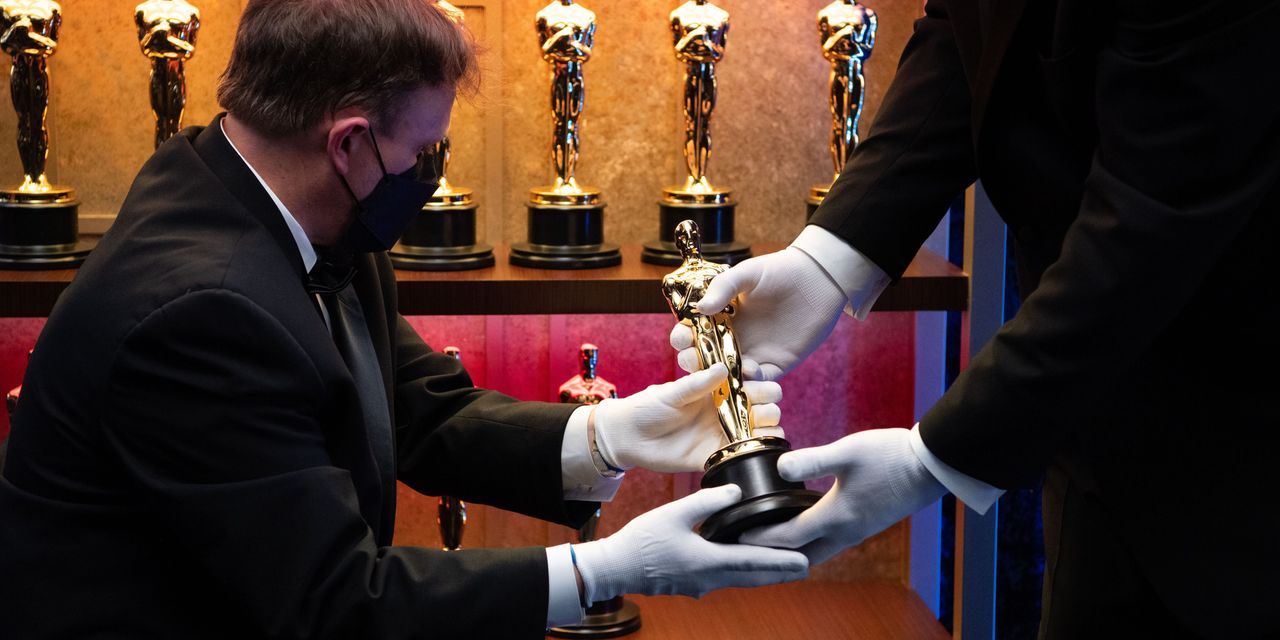 The television audience for the 2021 Oscars dropped 58% from 23.6 million viewers for last year’s show, which occurred weeks before the coronavirus pandemic halted live events and spurred stay-at-home orders across the country, according to Nielsen data released Monday to the Walt Disney Co. DIS 0.68% -owned network.

While the Oscars has seen its ratings fall precipitously over the years, awards shows during the pandemic have been especially challenged in attracting viewers. Viewership for the Golden Globes, the largely virtual live telecast on NBC in early March, dropped more than 62% from a year earlier to 6.9 million.

This year’s Oscars was telecast from the Union Station in Los Angeles, with some parts of the show filmed at the Dolby Theatre in Hollywood, where the 93-year-old awards event is normally held. The venue was selected with the intent of preventing the Oscars—a typically crowded ceremony—from becoming a super-spreader event.

Broadcasting the Oscars isn’t cheap for ABC. The annual rights fee is more than $100 million, the costliest among awards shows, people familiar with the matter said. This year, given the circumstances surrounding the broadcast, the network was able to negotiate a lower fee with the Academy of Motion Picture Arts and Sciences, another person familiar with the matter said. A spokeswoman for the Academy declined to comment on its contract with ABC.

The dramatic drop in ratings may be a cause of concern for advertisers. This year, ABC was seeking as much as $2 million for a 30-second spot in the show, people with knowledge of the show said.

For the third year in a row, the show went without a host, and this year musical performances were also bumped from the main ceremony. There was also no orchestra to play off award winners during their speeches—which are often known to go on too long. Sunday night was no exception.

The slate of nominees were led by films that appeared mostly on streaming services as theaters across the U.S. remained closed throughout much of 2020 due to Covid-19.

The night’s big winner, “Nomadland,” the film from Disney-owned specialty studio Searchlight Pictures, was released on Hulu as well in theaters. “Nomadland” picked up top awards such as best picture and best actress, as well as the best director category.

Chloé Zhao, the director of “Nomadland,” became the second woman, as well as the first Asian woman, to win the award.

Anthony Hopkins won the best actor award for his role in “The Father.” Mr. Hopkins’s win surprised many who expected the late actor Chadwick Boseman to receive the award posthumously after winning a Golden Globe for his performance in “Ma Rainey’s Black Bottom.” The producers had even flipped the order of awards, ending with best actor instead of the usual best picture.

Instead, Mr. Hopkins won, but he wasn’t at the ceremony to accept his award.

Write to Lillian Rizzo at Lillian.Rizzo@wsj.com