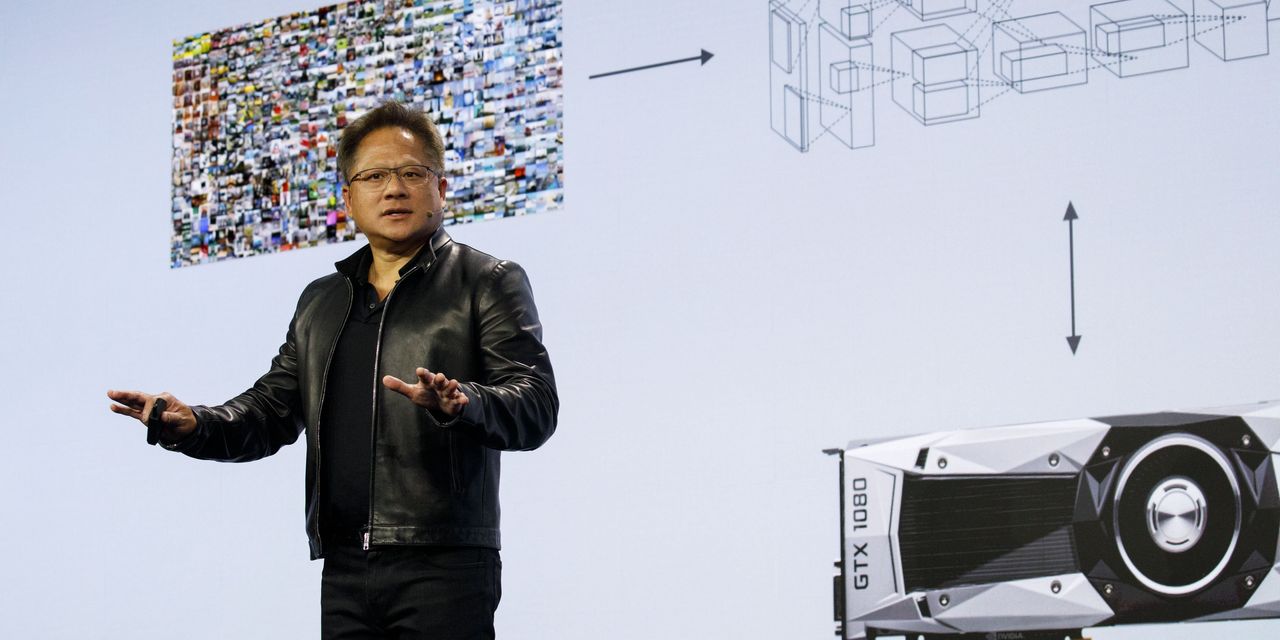 Nvidia Corp. NVDA 0.33% reported a record quarterly revenue and profit, propelled by demand for videogaming and cryptocurrency and despite a broad-based shortage of semiconductors.

The chip maker on Wednesday posted net income for its most recent quarter of $1.91 billion, more than double the year-prior figure. Revenue rose 84% to $5.66 billion. Both profit and revenue exceeded expectations, according to analysts surveyed by FactSet.

What do you think the next quarter holds for Nvidia? Join the conversation below.

Nvidia is the latest chip company to have enjoyed months of booming demand for computing power that has padded order books. The hot market has triggered shortages of some chips, affecting companies as varied as Apple Inc. and Ford Motor Co. F 8.51% and contributing to President Biden’s recent call for $50 billion to strengthen the U.S. semiconductor industry.

Santa Clara, Calif.-based Nvidia, which last year became the U.S.’s biggest chip company by value, specializes in graphics processors that have flown off shelves as people flocked to videogaming for entertainment during the coronavirus pandemic. The way those graphic chips work has also made them popular for other applications, including performing artificial-intelligence calculations and mining cryptocurrencies, further inflating demand.

Nvidia’s gaming division—its largest in terms of revenue—more than doubled sales in the quarter. Sales for its datacenter business advanced 79% from the year earlier to more than $2 billion. The main drivers behind the record revenue were graphics cards for laptops and personal computers, said financial chief Colette Kress. Cryptocurrency demand also aided results, she said, with some uncertainty as to the extent of its contribution.

The company, Ms. Kress said, is still feeling the effects of supply constraints and expects that to continue into the second half of the year.

Chief Executive Jensen Huang said that despite the supply challenges, the company’s key businesses would continue to grow as gamers snap up its high-performance graphics cards and datacenter customers increase their use of artificial intelligence.

“Our gaming business and our datacenter business is strong and is strengthening,” he said in an interview. “We expect the second half to be bigger than the first half,” he said of the company’s sales outlook.

The company’s latest generation of graphics cards sold so quickly that a secondary market emerged where scalpers offered them at inflated prices. To help alleviate shortages of cards intended for videogamers, Nvidia has taken the unusual step of adding software to cap their cryptocurrency mining performance. Nvidia hopes the move spurs miners to instead buy new hardware targeted at them.

Nvidia’s exposure to the cryptocurrency-mining market has had its up and downs. The company suffered its worst quarterly revenue decline in almost a decade in its fiscal fourth quarter two years ago after cryptocurrency prices cratered, making mining unprofitable.

Mr. Huang is trying to broaden Nvidia’s focus even further with the proposed acquisition of British chip designer Arm Holdings for $40 billion. The transaction has raised alarm among some rivals who worry that Nvidia would compromise the neutrality of Arm, which supplies chip designs that go into most of the world’s mobile phones. The U.K. government began a national-security review of the deal earlier this year. Nvidia on Wednesday said the proposed dealtransaction was making headway and should close before April 2022.

The company said it expected revenue of around $6.3 billion for the current quarter, topping Wall Street’s expectations. Sales should advance sequentially in the current quarter across all markets, Ms. Kress said, chiefly in the datacenter and gaming sectors.

Nvidia’s stock has risen roughly 80% over the past year. To make itself appealing to a broader range of investors, Nvidia on Friday said its board declared a 4-for-1 stock split. The move still requires shareholder approval at the company’s annual meeting scheduled for next week.

The company’s shares fell less than 1% in after-hours trading.

How the Global Chip Shortage Affects You

Write to Asa Fitch at asa.fitch@wsj.com

Dr. Martens, the maker of the chunky leather lace-up boots that were first embraced by skinheads and rockers, wants to…

Fully work-from-home has worked for corporate America as a temporary solution to the coronavirus pandemic, but top executives at some…