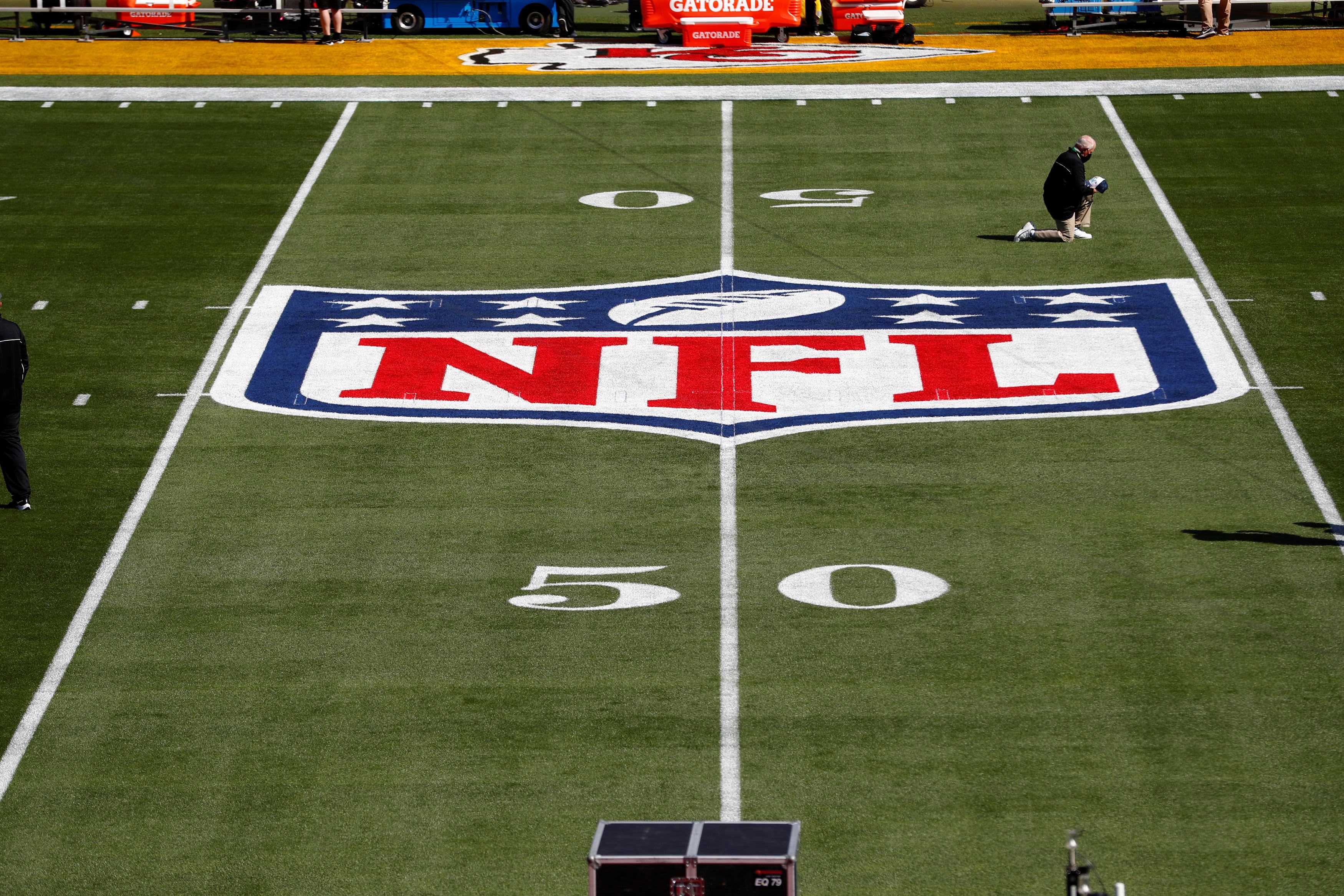 General view of the NFL Shield logo on the field before Super Bowl LV between the Tampa Bay Buccaneers and the Kansas City Chiefs at Raymond James Stadium.

As the National Football League prepares to commence its 102nd season next week, the league says it remains committed to bringing awareness to social justice issues and will not stop providing top funding.

The NFL said it will likely surpass its $250 million pledge made in 2020 before the 10-year term. Last year, the NFL increased its total to combat issues throughout minority communities by funding firms and programs dedicated to systemic racism issues, criminal justice reform and economic inequality.

In an interview with CNBC, Anna Isaacson, NFL senior vice president of social responsibility, said the league distributed roughly $160 million to date, including over $90 million dedicated in 2020.

“I think we’ll surpass the $250 million,” Isaacson said, adding the NFL is “authentically committed” to combat social issues that continue to plague the country.

“We’re in it for the long-term. We’re not just here for a short period of time, and we’re here to find solutions to complex issues,” she added.

Keeping track of the money

The NFL initially made its donation agreement in 2017, following players protesting social justice issues, including former quarterback Colin Kaepernick who became the face of the movement. To bring more awareness to high-profile police shootings, NFL players kneeled during the national anthem, leading to the formation of the Players Coalition.

The league created a plan to distribute an estimated $89 million to fund social organizations, and it helped ease tensions between players and team owners. Last year, it combined those funds with the 2020 pledge, and as a result, it positioned the NFL to surpass $250 million before 2027. The money is divided between the NFL Foundation matching funds and includes league-approved social justice grants.

“There is no way we’re going to hit $250 million and stop,” Isaacson said. She added the NFL gave roughly over $40 million until last year, when social unrest intensified throughout the country following the killing of George Floyd. His death in May 2020 helped further expose deep-rooted issues among minorities in underserved areas.

Isaacson said last year’s social unrest, which even warranted an apology from NFL Commissioner Roger Goodell, “changed things” for the NFL. She added the league entered a “period of self-reflection.”

Said Isaacson: “We’ve had some mistakes, and we’re in the process of rebuilding trust. That takes a long time, but our goal is to make an impact and show our authentic commitment.”

Asked what she saw from the NFL during the reflection period, Isaacson responded: “I saw an organization that worked hard over the last couple of years to make a difference and to collaborate more closely with players. But also, we haven’t been doing enough – and we have a responsibility to do more.”

When discussing the NFL’s $250 million commitment, Isaacson was also asked if the funds promised are enough, especially from a league that just signed a $100 billion media rights contract, the highest in pro sports.

“You can always say, ‘we can give more,'” Isaacson said. “But you have to look at the total picture and consider the commitment the NFL is making. The league and clubs are using all their assets, networks, digital assets, and relationships to enhance awareness and advocate for these issues. So I think we are doing our part. We have a big role to play in this, and we’re fulfilling that role,” she added. “But it’s not the NFL’s role to play alone.”

The message “End Racism” is seen on the helmet of Tom Brady #12 of the Tampa Bay Buccaneers as he warms up before the game against the Carolina Panthers at Raymond James Stadium on September 20, 2020 in Tampa, Florida.

For the 2021 season, the NFL will return end zone and sideline social justice messaging around NFL stadiums. Messages including “End Racism” will appear in regular-season games, the playoffs and February’s Super Bowl LVI.

But it’s unclear if the messaging will be featured in the same fashion games for the 2022 season. Isaacson didn’t elaborate on if the field signage will extend for the life of the 10-year commitment. However, she added that the NFL would incorporate social messaging in future NFL events with Inspire Change.

There is also no clear indication if the NFL continue to allow the messages to remain on team equipment beyond this season, or in licensing agreements with video games companies like Electronic Arts.

On the economic advancement front, the league removed it from the social justice umbrella, and the NFL wants to address these inequalities as another issue. Isaacson said the NFL is seeking organizations to fund that will “try and bridge some of these wealth gaps that we know exist.”

The NFL gave $2.5 million to organizations last May, including Operation HOPE, which helps with financial literacy, credit, and managing money.

“These are American issues that the NFL should be playing a role in helping,” Isaacson said. “The work is necessary and critical to moving our society forward.” 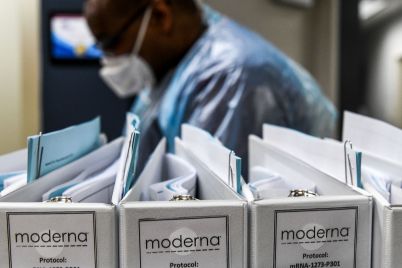 Biotechnology company Moderna protocol files for COVID-19 vaccinations are kept at the Research Centers of America in Hollywood, Florida, on…