Among the five holdings of

BRK.A, Financial)(BRK.B, Financial) inspired CEO
Warren Buffett (Trades, Portfolio) to invest in high-quality stocks for the long term. Prior to working at Berkshire, Munger studied mathematics at University of Michigan and law at Harvard. The chairman of Los Angeles-based Daily Journal introduced the concept of “Elementary, Worldly Wisdom” as it relates to business and finance.

BABA, Financial), allocating 19.86% of its equity portfolio to the stake.

Shares of Alibaba traded around $119.23, approximately 9.68% above its 52-week low and down over 51% for the year. The stock is significantly undervalued based on Thursday’s price-to-GF Value ratio of 0.31. 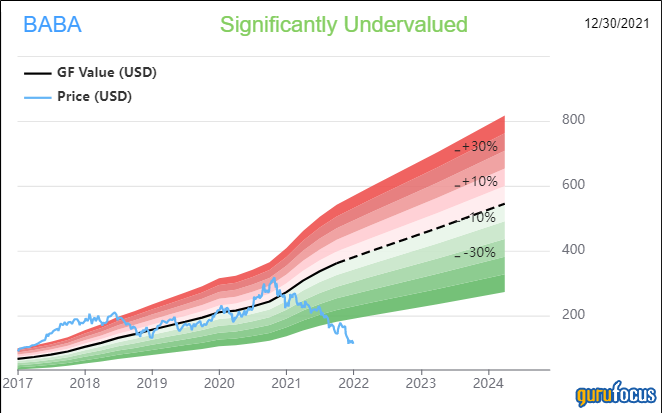 GuruFocus ranks the Chinese e-commerce giant’s profitability 8 out of 10 on several positive investing signs, which include a three-star business predictability rank and profit margins that outperform more than 77% of global competitors. 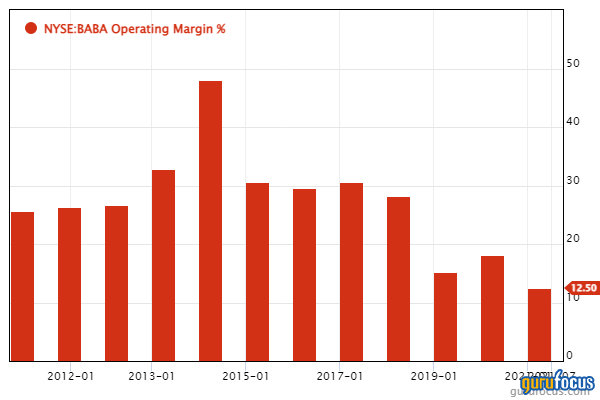 Other gurus with holdings in Alibaba include

BAC, Financial), dedicating 43.35% of its equity portfolio to the holding.

Shares of Bank of America traded around $44.73, up approximately 49.82% for the year. The stock is significantly overvalued based on Thursday’s price-to-GF Value ratio of 1.31. 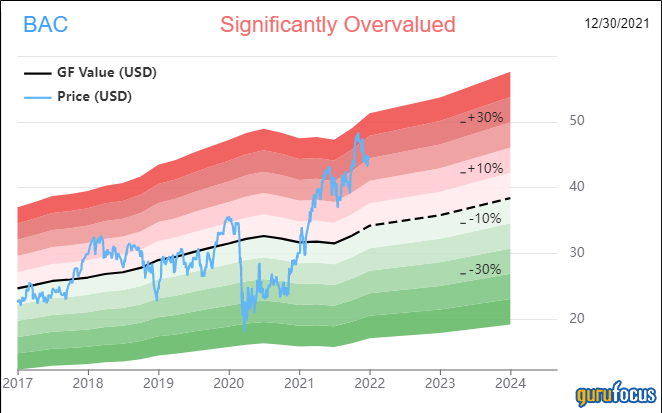 GuruFocus ranks the Charlotte, North Carolina-based bank’s financial strength 3 out of 10 on the back of cash-to-debt and debt-to-equity ratios that are underperforming more than 70% of global competitors. 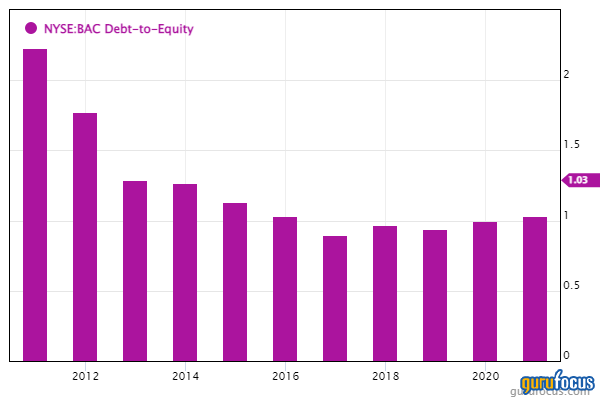 Shares of Wells Fargo traded around $48.34, up approximately 62.52% for the year. The stock is fairly valued based on Thursday’s price-to-GF Value ratio of 1.03. 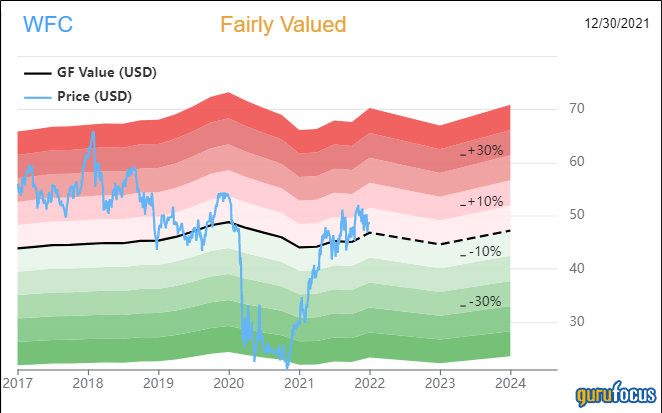 GuruFocus ranks the San Francisco-based bank’s financial strength 3 out of 10 on the back of cash-to-debt and debt-to-equity ratios underperforming more than 60% of global competitors. 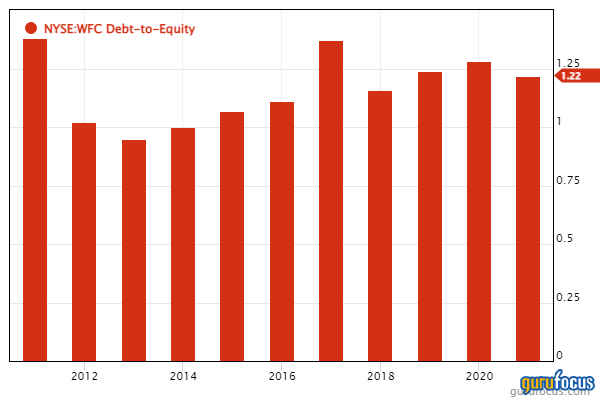 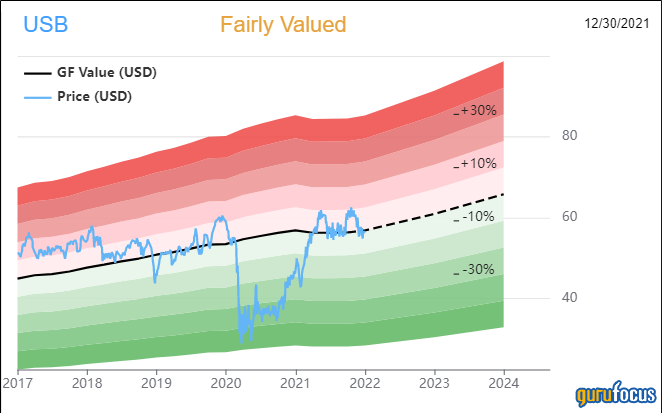 GuruFocus ranks the Minneapolis-based bank’s profitability 6 out of 10 on the back of a 4.5-star business predictability rank despite three-year revenue growth rates outperforming just over 57% of global competitors and three-year earnings growth rates underperforming more than 67% of global banks. 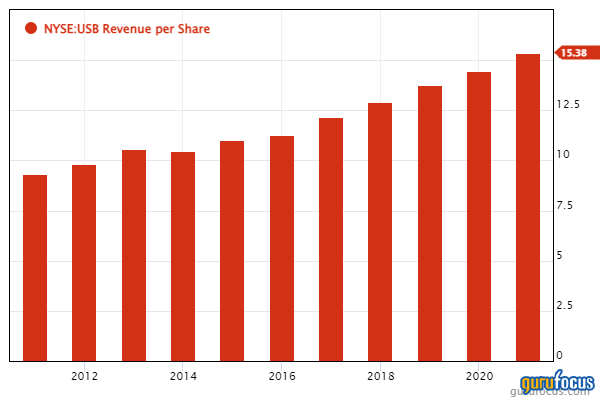 PKX, Financial), giving the position 0.30% weight in the equity portfolio.

Shares of POSCO traded around $58.07, up approximately 0.2% for the year. The stock is fairly valued based on Thursday’s price-to-GF Value ratio of approximately 1. 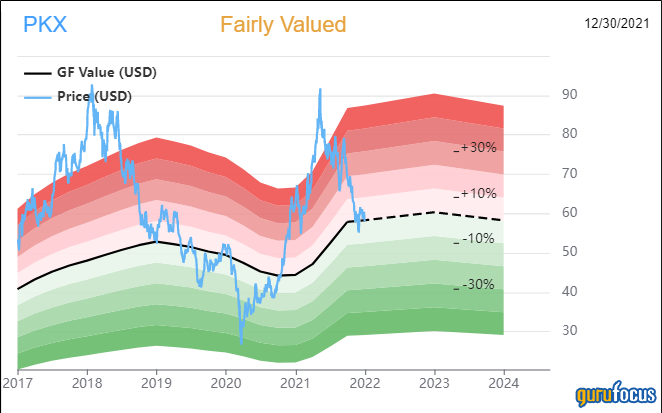 GuruFocus ranks the South Korean steel company’s profitability 6 out of 10 on the back of profit margins outperforming more than 60% of global competitors despite three-year earnings decline rates underperforming over 66% of global steel companies. 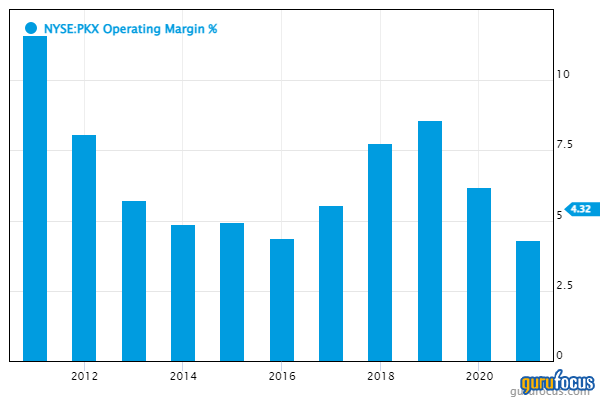 Medtronic PLC Stock Shows Every Sign Of Being Modestly Overvalued

The stock of Medtronic PLC (NYSE:MDT, 30-year Financials) shows every sign of being modestly overvalued, according to GuruFocus Value calculation.…

The Best-Performing Guru Consensus Picks of 2021

Last year notched a series of new records in the U.S. stock market and its major indexes. The S&P 500…