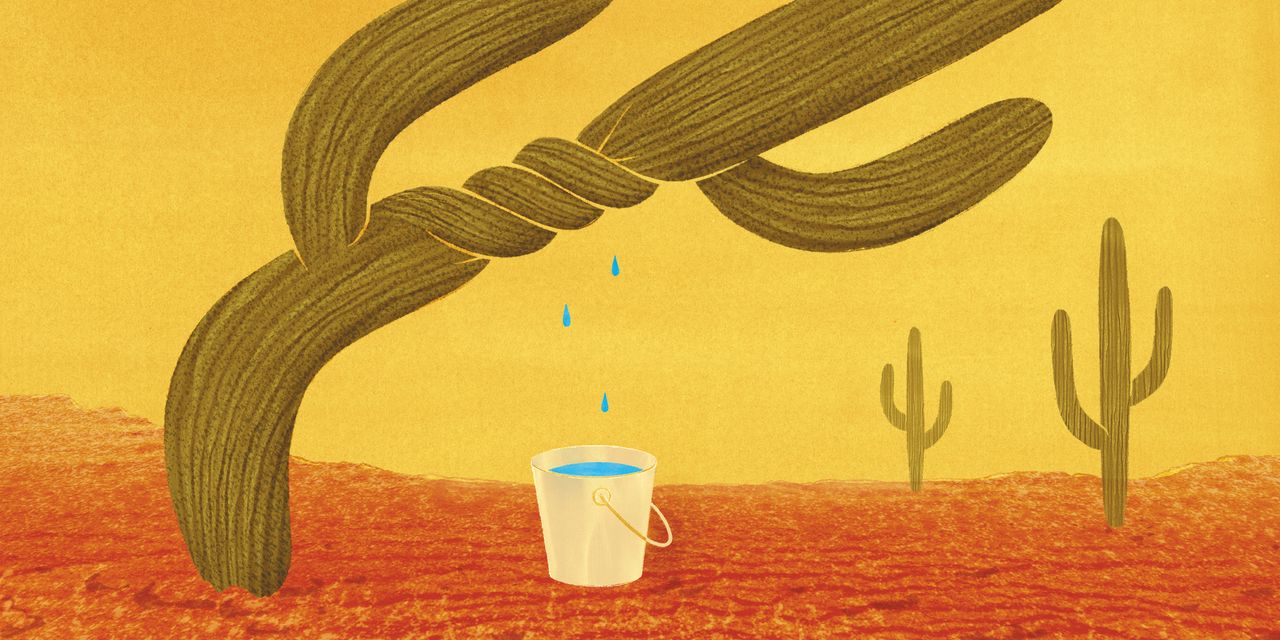 My column last week on the measly yields offered by money-market funds prompted an outpouring of requests from readers asking how to earn higher rates on cash.

With stocks down roughly 10% in 2022 and the bond market off to its worst annual start in more than half a century, earning even a mildly positive return on safe assets suddenly sounds mighty fine.

Here are a few suggestions, starting with what you shouldn’t do.

Financial advisers often recommend ultra-short-term bond funds and bank-loan (also called floating-rate or senior-loan) funds as if they were substitutes for cash. They’re not.

Jason Zweig writes about investment strategy and how to think about money.

These funds can hold corporate debt, sometimes below investment grade, and aren’t immune to rising rates. Many charge fees in excess of 0.5%. So far this year, ultra-short-term funds have lost an average of 0.9%, according to Morningstar; the average bank-loan fund is down 0.65%. Cash doesn’t act like that.

So what should you do?

Next week, the Treasury will announce its latest rate on inflation-protected savings bonds, or I bonds. The annualized yield for the coming six months will likely be 9.6%.

Introduced in 1998 as a way to shield savings against inflation, I bonds pay a fixed rate (currently zero) plus a variable rate, adjusted at the beginning of each May and November, that reflects changes in the Labor Department’s consumer-price index. With the CPI ablaze in March at 8.5% over last year’s level, I bond rates will rise next week from their current 7.12%.

You must hold I bonds for a minimum of one year, and you will forfeit three months of interest if you sell before five years.

So I bonds are less than cash, but they’re also more. Your principal has the full backing of the U.S. government, the interest is exempt from state and local income tax, and you can defer federal income tax until you cash in your I bonds (or until they mature in 30 years).

I bonds do have shortcomings.

You can buy them only from the U.S. government on its archaic and creaky TreasuryDirect.gov website. The annual limit is $10,000 per person annually (although you can also take up to $5,000 of your federal income tax refund in the form of paper I bonds).

Where are you parking your cash? Join the conversation below.

John Schalk, a 58-year-old retired information-technology project manager in Bloomington, Ill., is exploring another option to get more out of cash.

Mr. Schalk says he is a conservative investor who has about 7% of his portfolio in cash.

For years, he stashed much of that in short-term floating-rate notes issued by a subsidiary of his former employer, Caterpillar Inc., recently yielding 0.35%.

Now, however, Mr. Schalk plans to move into 3-month U.S. Treasury bills, which he will buy on TreasuryDirect in equal increments on May 1, June 1 and July 1. He will sign up to reinvest them automatically in new T-bills as they mature.

That way, he benefits if rates rise over time and avoids the risk of holding long-term debt. Three-month Treasury bills yielded about 0.82% this week.

“It’s not sexy,” says Mr. Schalk, “but it should be very safe and significantly improve my return.”

The WisdomTree ETF holds the four most recently issued floating-rate notes from the U.S. Treasury. These instruments mature two years after they’re issued, but they pay variable interest that resets every week with the latest 3-month T-bill auction.

Over time, the ETF’s yield should approximate that of the federal-funds rate, says Kevin Flanagan, head of fixed-income strategy at WisdomTree Investments Inc. That’s the benchmark for overnight bank lending that the Federal Reserve uses to modulate interest rates.

So the fund’s yield, now about 0.5%, ought to keep pace if short-term rates keep rising.

Finally, you don’t have to take your bank’s lousy interest rates lying down.

MaxMyInterest.com, an online service, automates the process of opening accounts in your name, each with $250,000 in Federal Deposit Insurance Corp. coverage, at banks offering high-yield savings accounts.

Max isn’t a bank and doesn’t have access to your money. Instead, it functions like a switchboard, conveying transfer requests to route your deposits among the eight online banks in its network, ensuring you get the best blend of income and FDIC insurance.

As interest rates rise, you should get your cash moving, too.

Write to Jason Zweig at intelligentinvestor@wsj.com

More from The Intelligent Investor

BlackRock Inc. has raised roughly $1 billion for the first-ever mutual fund solely run by a foreign firm that is…