Mainstream banks outside the U.S. are sampling cryptocurrencies, offering customers ways to invest and store bitcoin and other digital assets.

In Germany, a group of savings banks, which together serve 50 million of the country’s 80 million people, said it is considering offering cryptocurrency wallets. If the group proceeds, the move would be a significant step toward acceptance for crypto in a country that is ultraconservative with money.

One in 10 customers of German savings banks has owned cryptocurrency assets, according to Alexander Hartberg, a spokesman for the group of savings banks. “Considering their expectations, [the group] has to look into crypto assets, too,” he said.

The moves come during a crypto-trading boom that has surprised regulators and banks that for years sat on the sidelines, expecting that interest in cryptocurrencies would go away. Traditional banks have resisted offering retail customers anything other than assets linked to government-issued currencies because of concerns about money laundering; the products’ high volatility, which could hurt investors; and possible requirements that are still being developed by regulators.

Custody banks and financial firms such as Bank of New York Mellon Corp. and Fidelity Investments announced plans to provide crypto services for institutional clients such as asset managers and hedge funds.

But traditional banks, including in the U.S., have been more wary. In many ways, cryptocurrencies were invented to obviate the need for banks. Their distributed ledger technology, known as the blockchain, is meant to replace the traditional functions of a bank, including providing a trustworthy record of transactions, balances and payments.

Last year, the Basel Committee for Banking Supervision, which sets global standards for banking regulation, laid out a proposal that would require lenders to set aside a dollar in capital for every dollar of bitcoin and other cryptocurrencies they own, considering them among the riskiest assets a bank could own.

An association representing large banks said the rules would prevent them from holding cryptocurrencies. The committee said the proposal is still in development.

How will the cryptocurrency market change as mainstream banks start to offer customers ways to invest and store bitcoin and other assets? Join the conversation below.

BBVA says its crypto offering wouldn’t be affected by these rules because the lender isn’t holding any cryptocurrency for itself.

The bank is offering its crypto services through a subsidiary in crypto-friendly Switzerland. BBVA said the country has clear regulation and a high level of adoption of digital assets.

Private-bank customers of BBVA Switzerland and holders of a digital account with deposits of more than €10,000—the equivalent of about $11,000—can invest in bitcoin and ether. Wallets to deposit the coins are automatically associated with the account, BBVA said.

BBVA didn’t disclose how many customers are using the service, but said the greatest demand comes from investors seeking to diversify their investments. The service is offered to most of its customers globally outside the U.S., and is particularly popular among customers from Latin America.

In Australia, Commonwealth Bank provides a similar service, but funnels customers through crypto exchange Gemini to execute trades and store the underlying investments. Through the bank’s app, clients will have access to prices of crypto tokens and will be able to make orders to buy and sell. It charges a transaction fee of 2% of the amount invested.

The bank is first testing the service through a pilot program using a limited number of customers and offering as many as 10 types of cryptocurrencies. It said the plan is to increase the offerings and the customer reach through this year.

Commonwealth and BBVA aren’t offering more sophisticated products such as cryptocurrency derivatives that are popular on exchanges such as Binance. They are also restricting the movement of cryptocurrencies between wallets to better track the origin of the holdings and avoid money-laundering risks.

Commonwealth posted 69 pages of terms and conditions for crypto on its website, urging customers to read them all, talk to a financial adviser and only invest money they can afford to lose.

—Caitlin Ostroff contributed to this article. 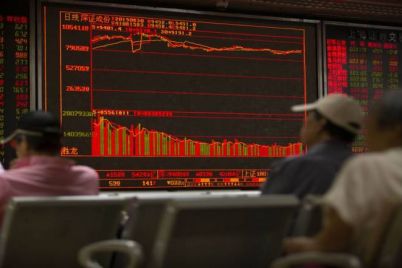 Asia’s stock markets slipped on Friday, following the steepest Wall Street selloff since June, while safer bonds and the dollar… 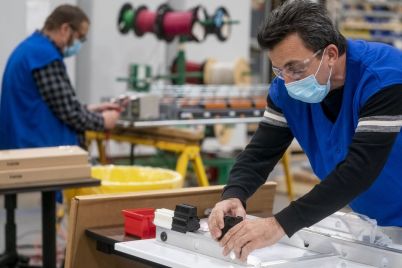 The cash-and-stock transaction would value AspenTech, as the company is known, at around $160 a share, officials from the companies…