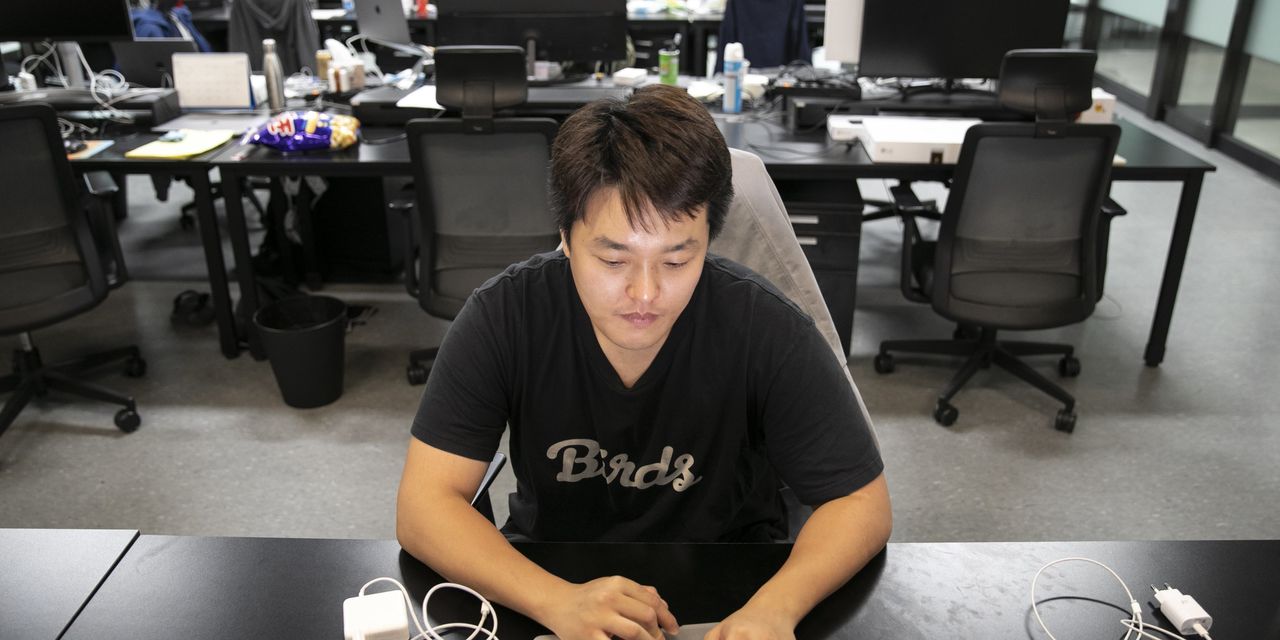 Algorithmic stablecoins might be a novel creation, but they couldn’t avoid some very old problems.

TerraUSD is, or was, the largest. The stablecoin part refers to how it aims to always be worth one U.S. dollar, making it a useful digital substitute for the greenback. The algorithmic part describes how it aims to accomplish this: By being swappable for another token, Luna, that had no fixed value. If the value of TerraUSD moved below $1, it could be “burned” and exchanged for a dollar’s worth of Luna—and vice versa. But that mechanism evidently broke down, and TerraUSD has ceased to be worth $1. It now fetches around 40 cents.

Just how it failed to do what was intended isn’t fully clear, but one component is that, as events unfolded, there was a rush to get out of both TerraUSD and Luna. And in that way, for all its newness, TerraUSD managed to run into the same old problem that so-called fiat currencies issued by governments have long tried to avoid: A loss of faith.

The word algorithm is a bit of a distraction. Every digital token has rules and systems as part of its design. How it is fundamentally different from other stablecoins is in how it derives value. Stablecoins like USD Coin or Tether are expected to be fully backed by a reserve of cash or familiar instruments like Treasurys. In other words, they operate more like a classic currency board than an ordinary peg, with issued money 100% underpinned by reserves of the anchor currency.

Meanwhile, an “algorithmic stablecoin” in some ways is like a fiat currency meant to be pegged to another. Of course it isn’t government issued, and there is no central bank. But the word “fiat” also gives a misleading impression of how government currencies develop value. The Latin word meaning “let it be done” is most famously associated with the biblical utterance, “ Fiat lux”— let there be light. Of course, governments aren’t deities: If a currency is deemed worthless by people, even if it is legal tender, they might seek other ways to store or exchange value. Government currencies with perceived weak pegs were broken during the Asian financial crisis of the 1990s.

Governments have laws and armies and taxation to back their cause. Terra needed other means. One was to try to peg it to the U.S. dollar via the Luna mechanism to avoid the volatility experienced by typical cryptocurrencies. Another was to help fund the payment of yield to holders of TerraUSD via the Anchor Protocol. With rates of nearly 20%, that attracted inflows, with people swapping U.S. dollars, Bitcoin or Ether to buy it. It also used a kind of foreign currency reserve—Bitcoin—to partially back TerraUSD.

Cryptocurrencies also thrive on social proof: Seeing other people using and valuing it can burnish its credibility. TerraUSD had perhaps started to achieve this, via payment and investment apps, but it evidently wasn’t sufficient. Meanwhile, currencies must deal with crises. And just as central bankers can make policy errors, so too can the software mechanism rules on a blockchain. These are being discussed in the postmortem over Terra’s collapse.

Whether a committee of central bankers, rather than a consensus of holders, would have made better decisions is debatable. Terra and its mechanisms may ultimately be a more accountable, more transparent or more equitable version of what monetary authorities do. Regardless, it still requires some of the same faith that a so-called fiat currency does.

Calling Terra some kind of scam understates its ambition. It was trying to do no less than reinvent the wheel.

Write to Telis Demos at telis.demos@wsj.com

Appeared in the May 13, 2022, print edition as ‘Stablecoins Aren’t on Terra Firma TerraUSD shared the weaknesses of fiat currencies like the dollar but without many of its strengths.’

U.S. stock futures paused as investors awaited a bumper day of economic data releases ahead of the Thanksgiving holiday, plus…

Lovevery raised $100 million in its latest funding round, valuing the trendy subscription toy company at more than $800 million…