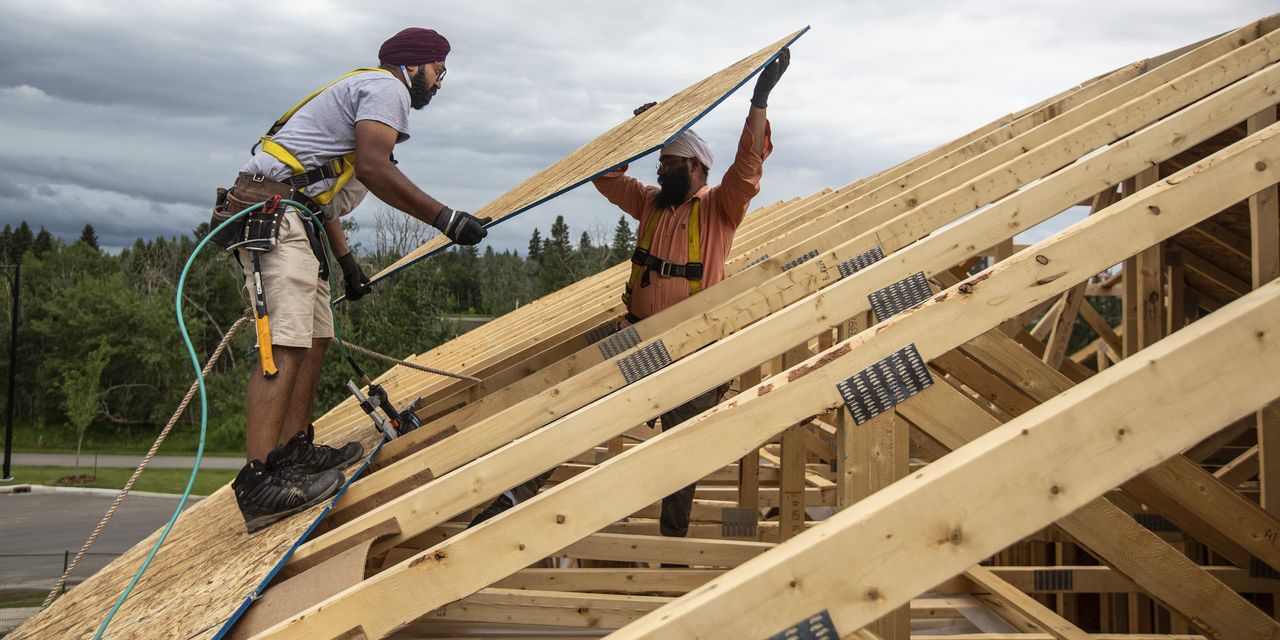 Futures are up almost 40% since late August, while pricing service Random Lengths said that its framing composite index, which tracks on-the-spot sales, has added 27%. The gains probably aren’t the start of a wild ride like the one in spring that sent two-by-fours into orbit and then plunging back to earth. Yet, the recent upturn shows how some of this year’s surge in the price of raw materials is lingering.

At $627.50 per thousand board feet, lumber futures are nearly as expensive as they ever were before the pandemic. Analysts say prices need to climb higher to balance supply with demand.

That could be a shock to builders and other buyers expecting market-equilibrium lumber prices to be closer to the $357 that futures averaged between 2015 and 2019.

“We think this $100 run that we’ve seen so far, that we’re not done yet,” said Paul Jannke, a lumber analyst for Forest Economic Advisors LLC. ”We do think over the next few years, on average, that prices are going to come off, but they are going to remain high relative to history,” he told clients of Canadian Imperial Bank of Commerce in a presentation this week.

This year’s lumber bubble pushed futures as high as $1,711.20 and prompted fears of runaway inflation. When it burst, investors and policy makers, including Federal Reserve Chairman Jerome Powell, pointed to plunging lumber as a sign that the soaring prices that accompanied the economic reopening were the result of kinked supply chains and would fade with distance from the clumsy restart.

At a congressional hearing Tuesday, however, Mr. Powell said that the burst of inflation this year has been broader and more persistent than anticipated because supply chains remain snarled. Lumber’s late-season climb is part of a broad rally in commodities in which natural gas prices rose 61% in the third-quarter and oat futures have been trading at record highs.

Paintmaker Sherwin-Williams Co. told investors this week to expect lower sales and profits this year due to scarcity of some materials and more expensive inputs like solvents and steel. The Cleveland company said the situation has worsened since Hurricane Ida slammed into Louisiana last month and upset operations at chemical plants and gas platforms along the Gulf Coast.

Big lumber buyers, from home builders to hardware stores and even casket makers, say they are still working through inventories of wood that were built up at high prices earlier this year.

Builders, including Lennar Corp. and Toll Brothers Inc. , say that the houses they have finished lately were built with lumber bought at highs. They say their profit margins should improve next year because the houses started now are being constructed with wood purchased since prices peaked. But the wood bills aren’t likely to be nearly as low as anticipated a few weeks ago.

Sawmills in British Columbia began curtailing output in July because the wildfires made it difficult to obtain logs and deliver lumber to customers.

Meanwhile, the cost of buying timber from the provincial government has risen sharply. The so-called stumpage price in British Columbia is determined by lumber prices months earlier. That has meant log prices have moved way up to reflect the spring surge at the same time  lumber prices have declined. As a result, many mills in one of the continent’s top lumber producing regions will make losses until log prices are reset lower next year, analysts say.

Canfor, which reduced output due to the wildfires, made deeper cuts in August, bringing all but one mill in British Columbia to about 80% of capacity. West Fraser Timber Co. , which is North America’s largest lumber producer, made its own curtailments, trimming output across its mills in Canada and the U.S. by between 5% and 10%. West Fraser blamed fires, as well as shortages of materials and labor, transportation problems and expensive logs.

Many companies, including West Fraser and Canfor, have plans to ramp up capacity in the U.S. South, where a glut of timber has made the region the most profitable place in North America to produce lumber. But those projects can take months and sometimes years to complete.

Georgia-Pacific on Wednesday said it would spend $120 million expanding and modernizing its lumber facility in Pineland, Texas, to boost capacity by about 18%. The company expects to finish late next year.

What impact has the high price of lumber had on your building or remodeling efforts? Join the conversation below.

In the near term, lumber prices must rise to bring British Columbian mills back to profitability and full operating capacity, analysts say. Without robust production from Northwest Canada, demand could overwhelm dealers, who are holding less wood, as measured in months of supply, than any time in the past 20 years, according to Forest Economic Advisors.

“Over the next few months there will still be a lot of supply chain issues and dealers don’t want to get caught with low supplies,” Russ Taylor, a Vancouver wood market consultant. “We’re going to see very volatile prices.”

Write to Ryan Dezember at ryan.dezember@wsj.com

The Beijing Stock Exchange opened for trading Monday, marking the debut of a venue that China hopes will channel funds…