Grantham is a co-founder and member of the asset allocation team of Grantham, Mayo, Van Otterloo & Co. LLC. Based in Boston, the asset management firm utilizes various long-term, value-based investment strategies that focus on risk management and diversification. Grantham is known for his success in consistently identifying and avoiding stock market bubbles, such as the Japanese market bubble in the late ’80s, the dot-com bubble in the ’90s and credit markets in 2006.

The firm more than tripled its stake in Taiwan Semiconductor Manufacturing (

Headquartered in Hsinchu, Taiwan, Taiwan Semiconductor is the world’s largest independent semiconductor producer. It derives most of its profits from smartphone components and memory, though its internet of things products have seen increasing sales in recent years.

On Feb. 11, shares of Taiwan Semiconductor traded around $121.01 for a market cap of $627.56 billion. According to the GF Value Line, the stock is modestly overvalued. 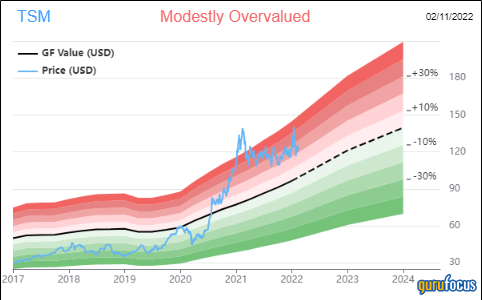 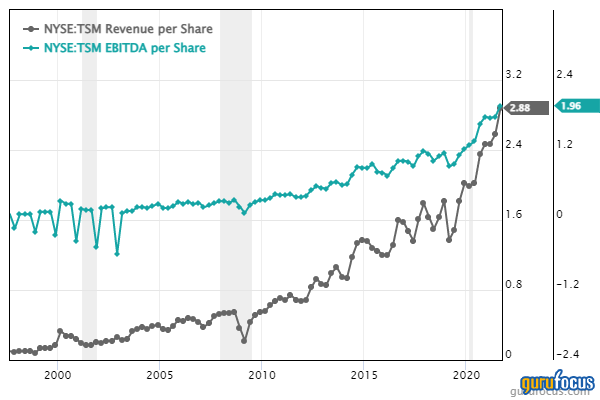 The firm raised its stake in Visa Inc. (

Visa is a major financial services and electronic payments provider based in San Francisco. The company facilitates funds transfers primarily through credit, debit and prepaid cards. 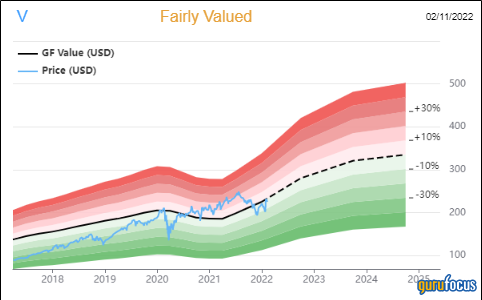 The company has a financial strength rating of 6 out of 10 and a profitability rating of 9 out of 10. Warning signs include high insider selling and a price that is close to the 10-year high, while positive signs include operating and net margins that surpass 83% of industry peers. 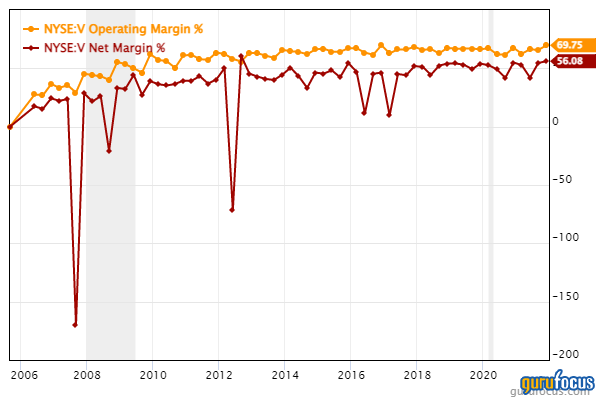 GOOG, Financial) investment by 71.33%, leaving a remaining holding of 30,481 shares. The trade reduced the equity portfolio by 1%. Shares traded for an average price of $2,894.54 during the quarter.

Based in Mountain View, California, Alphabet is a multinational tech conglomerate that was formed as part of a restructuring of Google in 2015, in which Alphabet became the parent company of Google and several former Google subsidiaries. 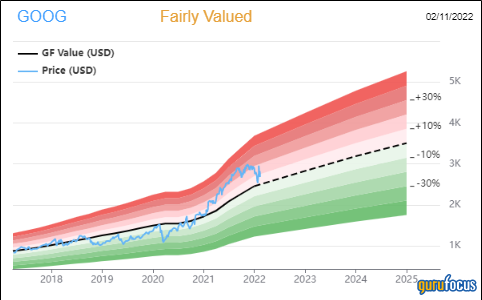 The company has a financial strength rating of 8 out of 10 and a profitability rating of 9 out of 10. Warning signs include a declining gross margin and a price close to the 10-year high, while positive signs include a return on invested capital that consistently surpasses the weighted average cost of capital. 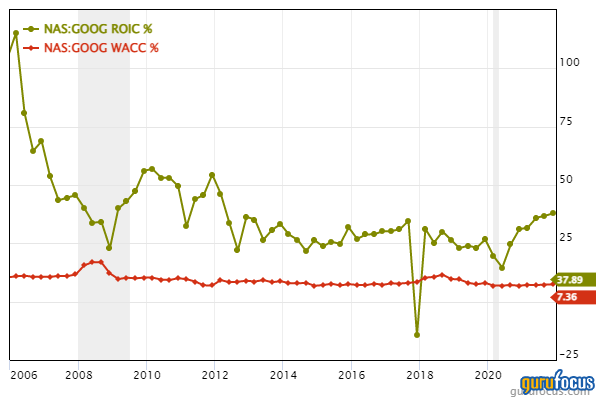 VER, Financial) holding, which previously took up 0.60% of the equity portfolio. During the quarter, shares traded for an average price of $49.13.

VEREIT is a real estate investment trust based out of Phoenix. It owns and manages single-tenant retail, restaurant, office and industrial properties.

O, Financial) on Nov. 1, with VEREIT shareholders receiving 0.705 shares of Realty Income common stock for each share of VEREIT owned.

Realty Income did not show up on GMO’s fourth-quarter portfolio, so presumably, the guru sold the shares either before or after the acquisition.

GMO’s top new position established during the quarter was CyrusOne (

Headquartered in Dallas, CyrusOne is a REIT that invests in enterprise-class, carrier-neutral data centers and provides colocation and peering services. It builds and manages data centers around the world to meet business’ computing needs.

KKR, Financial) and Global Infrastructure Partners in a deal worth $15 billion. Per the terms of the deal, CyrusOne shareholders will receive $90.50 in cash for each of their shares, and the buyers will assume all of the company’s debt.

Shares of CyrusOne traded around $89.80 on Feb. 11 for a market cap of $11.63 billion, which is just below the acquisition price. Either GMO bought the stock for merger arbitrage, or the firm got very lucky with buying shares when it did. 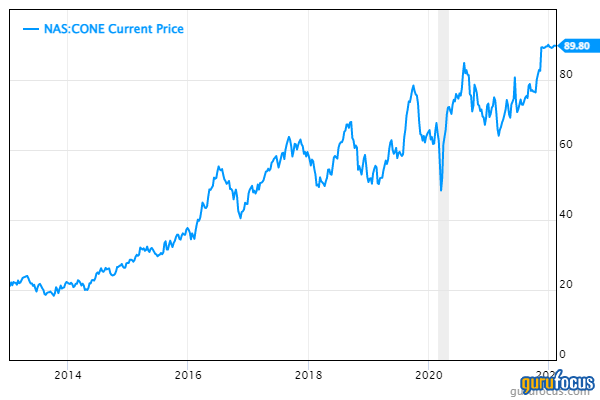 At the end of the fourth quarter, the firm held common shares in 673 stocks valued at a total of $20.18 billion. The turnover for the period was 10%.

The top holdings were Microsoft Corp. (

The sectors with the highest weighting in the portfolio were technology, health care and financial services.

CrowdStrike: Why Is This Cybersecurity Stock So Pricey?

With the evolution of technology, there has also been a rapid development of new forms of cyber threats that can…