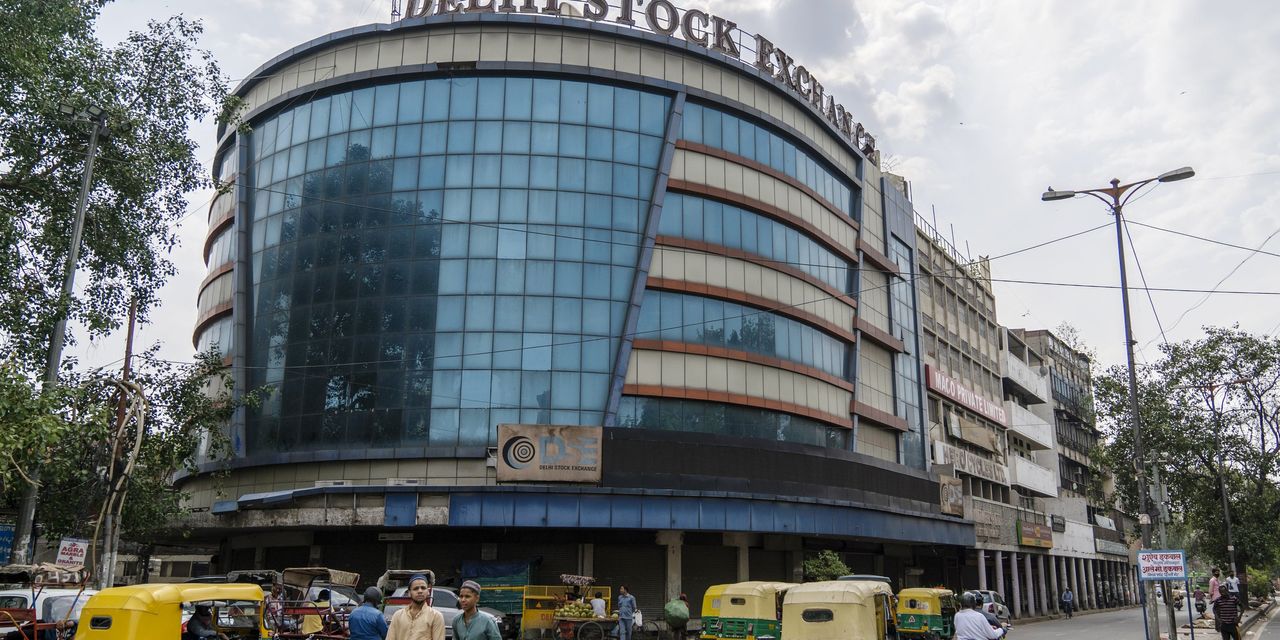 Indian markets have been resilient amid a devastating second wave of coronavirus—showing investors reckon India’s long-term growth potential is intact despite the humanitarian crisis and that big companies will avoid severe financial damage.

MSCI Inc. ’s India index is up 10.6% so far this year, to May 27, outperforming the index compiler’s broader emerging markets gauge, which is up 4.9%. Two widely watched local indexes, the 30-constituent S&P BSE Sensex and the slightly broader Nifty 50 Index, have also beaten the MSCI emerging markets benchmark. The former is just a tad below its record highs notched in February while the Nifty 50 Index hit a fresh record.

“There is a huge cognitive dissonance between what markets are doing and what the far-more-dire reality is on the ground,” said Vishnu Varathan, head of economics and strategy at Mizuho Bank in Singapore. He said the Indian stock indexes reflected the performance of very large, well-connected and usually financially strong companies.

Mr. Varathan has cut his growth forecasts for this fiscal year, but still expects the economy to grow by 6.8% to 7.8%. He had previously forecast a 10% expansion. “India’s economic recovery will be at least delayed, if not diminished,” he said. India will publish economic data next week for the fiscal year that ended in March.

In April, the International Monetary Fund forecast India would grow 12.5% in the fiscal year that ends in March 2022, but an IMF official warned that surging coronavirus cases “poses very severe downside risks to the growth outlook.” As of May 28, India had recorded more than 27.5 million infections and over 318,000 deaths, according to Johns Hopkins University data.

Investors view the second wave of coronavirus as likely to cause “a near-term setback rather than a very long-lasting slowdown in economic activity,” said Hiren Dasani, co-head of emerging markets equity at Goldman Sachs Asset Management in Singapore.

Mr. Dasani said New Delhi had taken less stringent measures this time around, for example not reimposing last year’s nationwide lockdown, and the central bank had moved swiftly to inject funds into the banking system.

After winning re-election in 2019, Prime Minister Narendra Modi launched a series of economic overhauls, covering areas such as labor markets and farming. The government is also pushing to privatize state-owned enterprises and to boost manufacturing by offering incentives to make cars, drugs, phones and other products in India. “All of these [measures] are going to have a longer term impact in terms of India’s productivity and competitiveness,” said Mr. Dasani.

To be sure, economic growth could undershoot expectations if India can’t bring coronavirus infections back down rapidly, or it suffers further waves of cases. “The duration of the pandemic is absolutely first and foremost,” in terms of risks to the outlook for India, said Jeff Kilkenny, a Des Moines, Iowa-based portfolio manager at Principal Global Equities.

The makeup of India’s stock market helps explain its resilience. Banks make up a large part of the market, and investors said lenders were on a better footing after making substantial provision for bad loans last year. Financial institutions have also benefited as the central bank has moved to cushion the economic impact of the resurgence in infections.

Stock in State Bank of India, the country’s biggest state-backed bank, has gained nearly 55% this year through Thursday, while private-sector lenders ICICI Bank Ltd. and Axis Bank Ltd. have both risen more than 20%.

Shares in information-technology outsourcing companies, another large chunk of Indian indexes, have also held up—even as they face the dual challenges of protecting the health of millions of staff and ensuring work continues as usual for big Western clients.

International investors have for the most part held on to their positions. Foreign investors have poured a cumulative $5.6 billion into Indian equities so far this year, figures compiled by Refinitiv show, although that figure has dropped by about $3.0 billion from a peak in late March.

Mr. Kilkenny at Principal Global Equities said there were many attractive investment opportunities in Indian shares, in areas as diverse as infrastructure, retail, insurance and air conditioning. He said India’s young and increasingly well-educated population, and a potentially growing middle class, underpinned domestic demand for goods.

“The structural growth opportunities in the medium-term are likely not going to be altered too much by the second wave,” said Mr. Kilkenny.

Write to Joanne Chiu at joanne.chiu@wsj.com

Full Transcript of “Community Conversations: The Future of Black Banks”

Tap any text to see video of that moment ANNE PRICE: Yeah. Thank you for that, Amber. I think it’s…