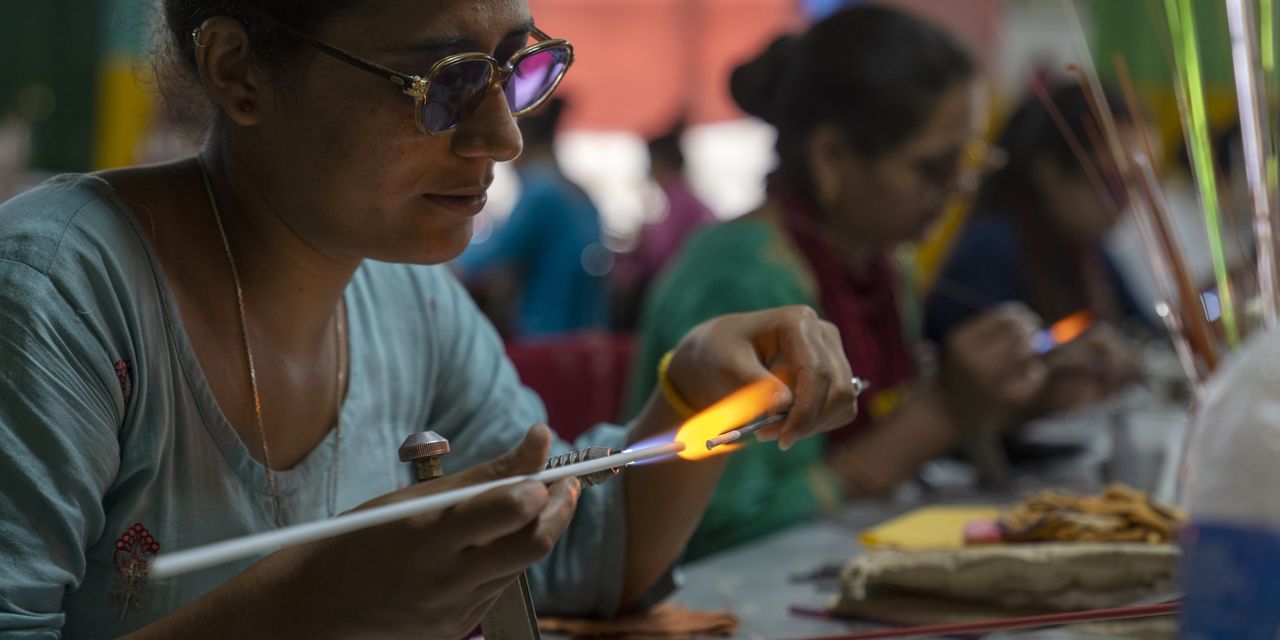 NEW DELHI—India’s economy is growing at a record pace but still digging out from one of the deepest recessions to hit any major economy during the pandemic.

The country’s gross domestic product grew 20.1% in the three months ended June, a period when India suffered through one of the world’s worst Covid-19 surges of the pandemic. The double-digit growth reflects a comparison with a year earlier when the economy contracted by about 24%, the country’s sharpest decline on record.

India was the first nation to be hit by a major Covid-19 wave driven by the Delta variant, slowing a recovery that began in late 2020. The country’s economic activity remains well below pre-pandemic levels.

The economic damage from the spring surge was limited because the country didn’t impose a nationwide lockdown like the one that caused the severe contraction the previous year, economists say. Still, cities and states imposed local lockdowns, and many Indians restricted their movements voluntarily to protect themselves, with the country recording more than 400,000 cases a day at its peak and hospitals overwhelmed with Covid-19 patients.

The surge has meant a slowed recovery for Indians who were still reeling from the financial impact of the previous year. When a garment factory in the city of Faridabad, where Manish Kumar worked as a manager, closed for five months in 2020, he went back to his home village in the eastern state of Bihar.

Three former Netflix Inc. software engineers and two of their close associates were charged with insider trading, the U.S. Securities…

Marriott International Inc. has tapped Tony Capuano as its new chief executive officer, picking a longtime veteran of the world’s…