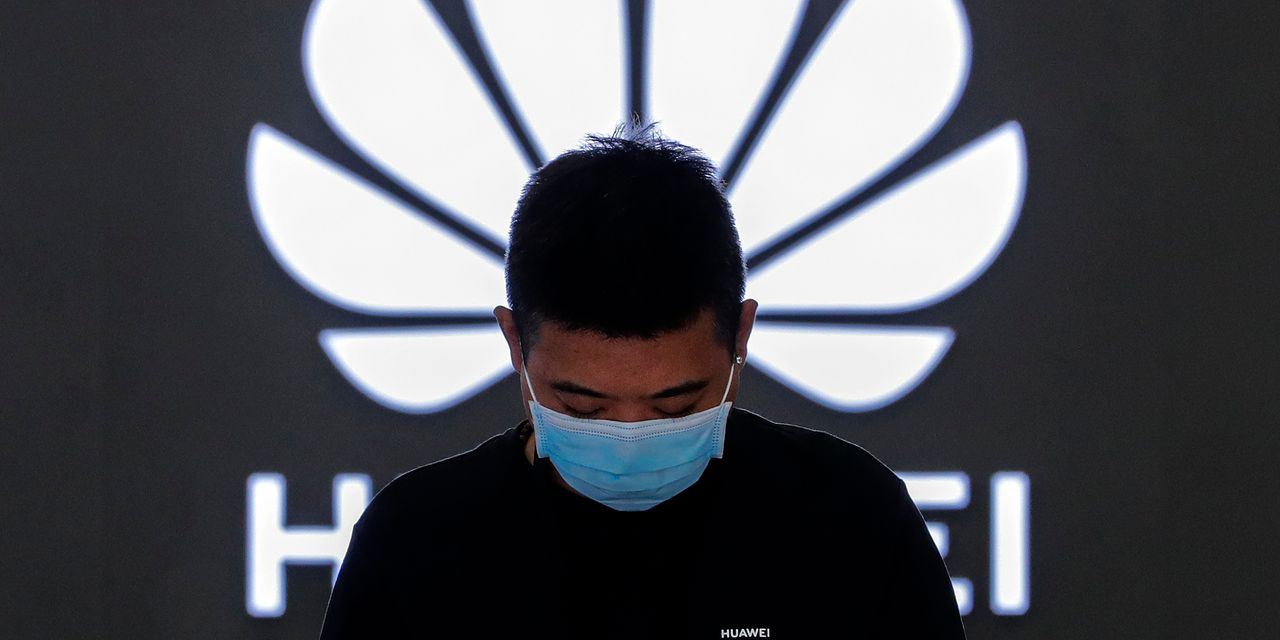 HONG KONG—Huawei Technologies Co. reported a steepening decline in revenue in the first quarter, as its smartphone sales tumbled and the Chinese tech giant continued to struggle under U.S. sanctions.

The Shenzhen-based company blamed the drop in revenue in part on the sale of its budget smartphone unit, Honor, in November. But Huawei’s overall smartphone sales shrank globally after U.S. restrictions blocked its phones from running Google apps and other U.S. software.

Revenue fell 16.5% from a year earlier to 152.2 billion yuan, the equivalent of about $23.5 billion, during the first quarter, the company said. It was the second straight quarterly drop, following a decline of 11.2% in the fourth quarter.

The company, which is closely held and publishes a limited financial snapshot every three months, didn’t release quarterly income figures, but it said its net profit margin rose 3.8 percentage points to 11.1%. It attributed that rise to patent royalty income of $600 million and efforts to improve its operations and management efficiency.

Huawei executives have said they expect a challenging year, as the company copes with the effects of tighter U.S. sanctions and the Covid-19 pandemic. Last year, the Trump administration effectively blocked Huawei from major global chip suppliers that lack U.S.-issued export licenses, forcing the company to rely on stockpiled components to build many products.

The company’s once-booming smartphone division has been the hardest hit. Briefly the world’s largest smartphone brand last year, Huawei saw smartphone sales plummet around the world as components dried up and consumers turned to other device makers.

Huawei didn’t disclose first-quarter sales of its smartphones or networking equipment, though the latter business has been more stable. Globally, its share in the telecom gear market rose last year, according to data provider Dell’Oro Group, because of rising 5G contract wins in China. Outside its home market, Huawei’s market share fell amid U.S. pressure.

U.S. officials have long viewed Huawei, the world’s largest maker of telecom equipment, as a security threat because of fears that Beijing could tap its gear. Huawei has long denied those concerns. In recent years, U.S. officials moved to isolate the company by cutting it off from components and pressuring allies to block it from supplying superfast wireless 5G technology.

Huawei has been branching out into other business lines, looking to offset the declines in sales of its smartphones and other existing products. For example, at the Auto Shanghai expo earlier this month, Huawei unveiled a line of technologies for self-driving vehicles. It is also launching its own smartphone operating system to compete with Google Android.

Write to Dan Strumpf at daniel.strumpf@wsj.com