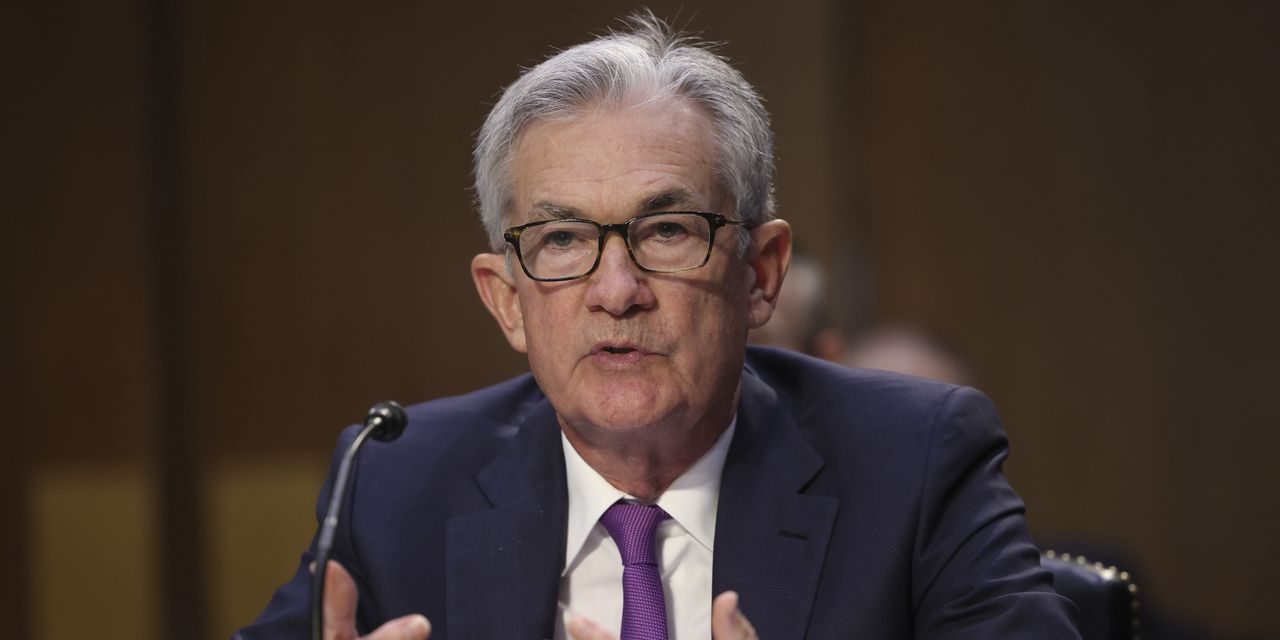 Federal Reserve officials are set to wind down their $120 billion-a-month bond-purchase program in November, but questions over how soon inflation pressures will fade are creating more uneasiness inside the central bank.

Fed Chairman Jerome Powell and senior officials have played down worries this year that a surge in prices during the uneven pandemic recovery would lead to permanently higher inflation. The most notable price increases have been tied to items most affected by the shutdown and reopening of the economy, but there are signs that inflation is coming from a broader set of products and services.

In recent weeks, officials have said they still think the most likely outcome is for inflation to come down on its own as supply-chain kinks resolve. Recent public remarks, however, show they are holding to that view with somewhat less conviction than before.

For now, the Fed’s Nov. 2-3 policy meeting remains focused on flipping the switch to start reducing, or tapering, asset purchases later in the month. Mr. Powell has secured broad consensus among officials on a plan to phase down their pandemic-era stimulus program by next June, reducing purchases by $15 billion each month.

Officials don’t want to fuel monetary stimulus by purchasing assets once they think the economy needs higher interest rates, which means they want to complete the taper before they raise rates.

Should the Fed start to wind down its stimulus program? Why or why not? Join the conversation below.

Already, the taper design reflects a faster timeline due to greater unease over inflation developments. Earlier this year, the Fed left investors with an impression that it would reduce bond purchases around next January and that the process might take nearly a year to complete.

Rising vaccination rates and nearly $2.8 trillion in federal spending approved since December have produced a recovery like none in recent memory. So-called core prices that exclude volatile food and energy categories rose 3.6% in August from a year earlier, using the Fed’s preferred gauge.

U.S. bond markets have started to reflect expectations of interest-rate increases by the Fed next year. Last week, the probability of at least two rate rises by the end of next year rose to 75%, according to futures market prices tracked by CME Group. That was up from around a 20% probability at the conclusion of the Fed’s meeting last month.

On Friday, Mr. Powell didn’t refute or affirm those expectations, which could be consistent with the Fed first raising rates next September. “Fundamentally, I think our policy is in a good place. I think the market generally understands where we are and what’s going on,” he said. “I’m not blessing every asset price or anything like that.”

While the taper runs, Fed officials will seek a better read on the degree to which the pandemic has disrupted labor markets and spending patterns, and to what extent they will revert.

For example, the pandemic sharply boosted spending on goods while reducing demand for services. Fed officials think the composition of spending should reverse, leading imbalances—and inflation—to ease. But if demand for goods moves permanently higher, that could call for higher interest rates to cool down the economy.

At their November meeting, officials are also likely to continue a debate over how long they should wait for validation of when they think price pressures will fade on their own before telegraphing, if necessary, a turn toward tighter money.

In congressional testimony last month, Mr. Powell said it was “frustrating” that supply-chain bottlenecks weren’t improving. Then, at the virtual conference last Friday, he said, “supply-side constraints have actually gotten worse in some cases…and now we’re getting upward pressure on energy.” He concluded, “The risks are clearly now to longer and more-persistent bottlenecks, and thus to higher inflation.”

The comments reflected the latest, gradual turn in Mr. Powell’s characterization of the inflation outlook.

In late August, Mr. Powell outlined his reasoning for why he thought price surges would fade—namely, that the pandemic would have a beginning, middle, and end. Given that, any supply-demand imbalances associated with the pandemic would ease, bringing inflation back to the Fed’s 2% target.

Mr. Powell detailed five factors that supported his view. Those included the absence of broad-based inflation pressures as well as an expected slowdown in price increases from items that had experienced high inflation this year, such as used cars and other durable goods. He said the Fed would update its outlook based on “evidence that supports or undercuts” that hypothesis.

In the two months since, inflation data have slightly undermined those two arguments. A Labor Department report on inflation in September pointed to broadening in price pressures. Meanwhile, prices of some goods that had appeared to moderate this summer, including used cars, are rising once again.

Fed officials are balancing two risks. Because monetary policy works with a lag to cool demand, they don’t want to slow the economy at the same moment that supply bottlenecks have abated—for example, because more workers have returned to the labor force. This could lead to undesirably slow growth and inflation.

Mr. Powell said it would be premature to raise rates “now with the effect and intent of slowing job growth when there’s good reason to expect…supply constraints to diminish.”

The second risk is that even if Mr. Powell and his colleagues are ultimately right about prices of certain goods moderating, businesses and consumers might come to expect higher prices in the future. Officials refer to this as the “un-anchoring” of inflation expectations, and they are closely monitoring consumer surveys and market-based measures of inflation compensation for signs of it.

“If we are still seeing 4% inflation or in that area next spring, then I think we might have to reassess the speed with which we would be thinking about raising interest rates,’” Fed governor Randal Quarles said last week.

Richmond Fed President Tom Barkin said supply bottlenecks have created potentially inflationary behavior on the part of purchasing managers for large retailers by leading them to prioritize a reliable inventory of goods rather than lower prices. “If you’re negotiating for Walmart right now, they just want the supply. That’s a big difference from where they used to be,” Mr. Barkin said Friday.

Some Fed officials have also said that spending legislation under consideration in Congress could add too much stimulus to the economy. “I don’t think we need more demand stimulus right now,” Mr. Barkin said.