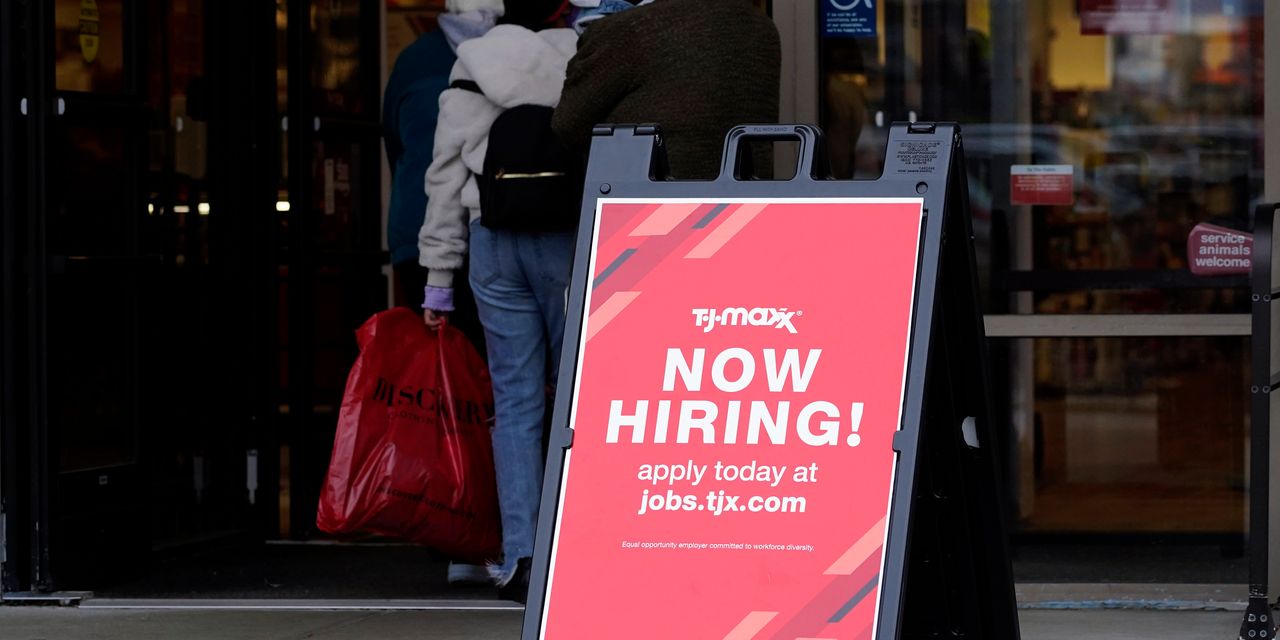 Friday’s blockbuster jobs report has pushed the yield on the 10-year U.S. Treasury note within reach of 2%, marking a major step in the financial markets’ recovery from the pandemic.

With the release of one report on Friday morning, the U.S. economy looked much stronger to investors than it did minutes earlier, not only increasing the chances that the Federal Reserve could raise interest rates at a rapid clip this year but making it likelier that the economy could withstand such a move.

Reflecting that conclusion, yields on both short- and longer-term Treasurys surged on Friday, with the two-year yield climbing 0.132 percentage point to 1.322%—its largest single-day increase in almost two years—and the 10-year yield rising 0.105 percentage point to 1.930%, according to Tradeweb, its highest close since December 2019. Yields, which rise when bond prices fall, largely held those gains Monday, with the 10-year yield touching 1.939% before settling slightly lower at 1.915%.

Investors and analysts pay close attention to Treasury yields because they set a floor on interest rates across the economy and are a key input in financial models investors use to value stocks and other investments. Rising yields this year have rattled markets and hurt tech stocks in particular, since the ability to get higher risk-free returns from bonds tends to make investors less interested in companies that are valued for their more distant earnings potential.

Friday’s report caught investors off-guard following a stretch of mixed economic data. A week earlier, a separate report on employee compensation had come in below analysts’ expectations, contributing to a decline in yields and a rebound in tech shares.

Heading into Friday, economists surveyed by The Wall Street Journal had estimated that the economy added 150,000 jobs in January. Many investors expected a worse result, thanks to the latest wave of Covid-19 cases. Instead, the report showed that U.S. employers added 467,000 jobs, led by the hospitality and leisure sector, where analysts had expected to see particular weakness.

Adding to the surprises, average hourly earnings for workers increased 0.7% from December, which was above the consensus estimate for a 0.5% gain, despite the addition of jobs in typically lower-wage sectors. There also were significant upward revisions to the amount of jobs added in previous months.

Overall, there was enough in the report to substantially shift investors’ thinking, said Thomas Simons, senior vice president and money-market economist in the Fixed Income Group at Jefferies LLC.

What action do you expect the Fed to take on interest rates this year? Join the conversation below.

Before the data, “there was a lot of evidence that inflation was on the way towards sort of rolling over,” and that the Fed “was going to start tightening into declining inflation and slower growth,” Mr. Simons said. Then investors got “this really strong wage number, which argues for the opposite,” in the form of sustained inflation and steady rate increases, he said.

There are still significant questions about how high Treasury yields will rise, according to investors and analysts. Even if the economy remains strong and inflation high, investors and Fed officials alike have said it is unclear how sensitive the economy will be to rising bond yields.

Some economists—such as Lawrence Summers, a former Treasury secretary and economic adviser to Democratic presidents, and former New York Fed President William Dudley —have said the Fed will likely have to raise rates higher than the bond market has suggested.

Many investors share that view, noting that if consumer prices keep climbing rapidly, the Fed may have to raise rates more just to get to whatever level officials think is appropriate on an inflation-adjusted basis. As it stands, the yield on the five-year Treasury inflation-protected security, a gauge of so-called real yields, has climbed this year but remains below minus 1%—indicating that the government and higher-quality companies can still borrow money at rates below the expected level of inflation.

Arguing in the other direction: The level of peak interest rates has progressively declined over each of the past four economic expansions. That has convinced many investors, economists and central bank officials that for whatever combination of longer-term economic forces, the central bank doesn’t have to raise rates as high as it used to in order to slow economic activity.

In an interview with Reuters on Thursday, Richmond Fed President Thomas Barkin said it would likely make sense to raise short-term rates over time from their current level near zero to where they were just before the pandemic—in a range between 1.5% and 1.75%—before reassessing whether more tightening is necessary. Fed officials also have talked in recent weeks about how the central bank’s plans to reduce its holdings of Treasurys and mortgage-backed securities could further push up bond yields.

Jim Caron, senior portfolio manager and chief strategist of global fixed income at Morgan Stanley Investment Management, said his own best guess is that the Fed will raise short-term rates to around 2%, while reducing bondholdings this year could add the equivalent of another 0.25-percentage-point rate increase.

As a result, Mr. Caron said he could see positioning his actively managed funds for more-stable yields if the 10-year yield climbs to around 2.15%, seeing the room for further gains as increasingly limited from there.

“Interest rates are always going to be mean-reverting,” he said. “They’re not like Amazon stock, or something like that, that just keep going up.”

Write to Sam Goldfarb at sam.goldfarb@wsj.com