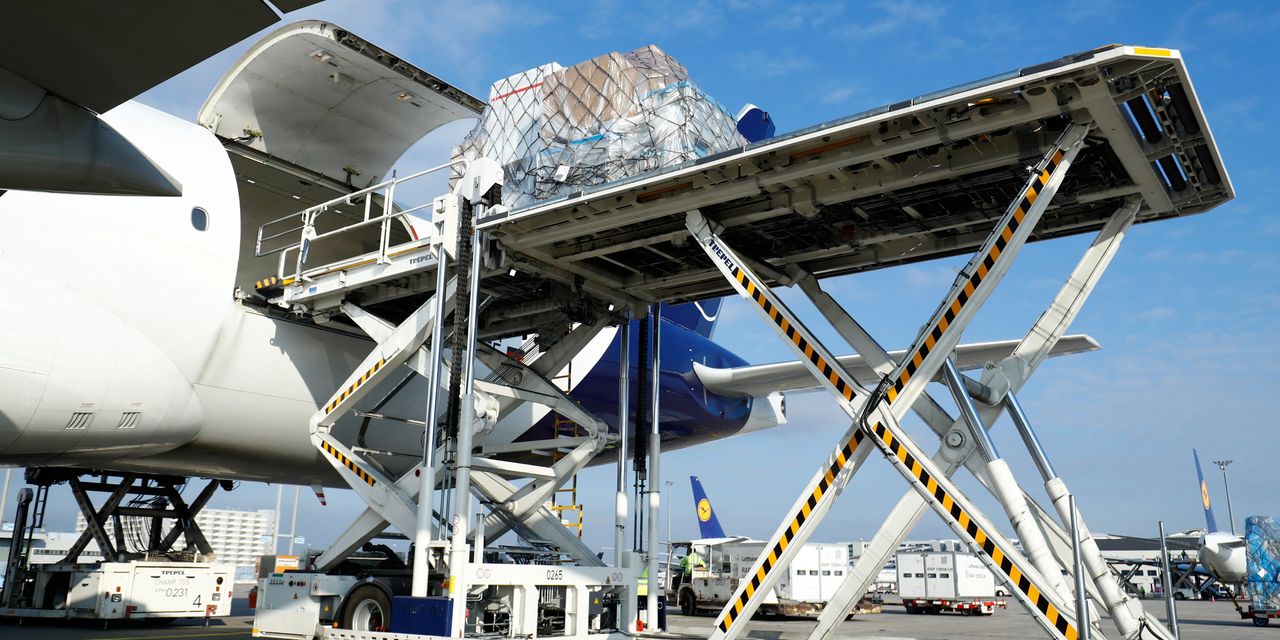 A small U.S. airline said it has amassed a big fleet of Boeing Co. 777 jets that it plans to convert to freighters, targeting the rapid growth in e-commerce-driven shipping.

Eastern Airlines LLC said it has bought 35 of the wide-body passenger planes being off-loaded by other carriers, including ones similar to the United Airlines Holdings Inc. jets grounded after an engine incident near Denver.

Top news and in-depth analysis on the world of logistics, from supply chain to transport and technology.

An air-cargo boom has triggered orders for dozens of new jets and filled hangars that convert passenger aircraft to freighters, installing large doors and strengthening floors to carry heavier loads such as machine parts and animals.

Privately held Eastern said it plans to just remove passenger seats and carry packages on the main deck alongside regular cargo in the hold, cutting the conversion time to two weeks at a fraction of the cost of a full aircraft revamp.

Airlines have parked or sold dozens of large jets because of the collapse in international air travel, with Asia particularly hard hit. Eastern said it has taken delivery of 10 of the Boeing jets, with the other 25 due to arrive over the next three months, all from three unnamed Asian carriers.

Steve Harfst, Eastern’s chief executive, said it pivoted to the 777 from the smaller Boeing 767 jet it already uses for passenger services. The 767, converted from passenger use, is more widely used by cargo carriers including those flying for Amazon.com Inc.

Eastern is buying three models of the 777, including some powered by PW4000 engines made by the Pratt & Whitney unit of Raytheon Technologies Corp. More than 100 of those planes, including 52 operated by United, have been grounded since an engine failure in February prompted inspections and redesign work. Boeing and Pratt are working with regulators to return the planes to service, according to people briefed on the matter.

Mr. Harfst said planes with those engines will be the last to be brought into service by Eastern. He said it bought two 777-300ERs, which don’t have the PW4000 engines, that will be retained for passenger service.

Eastern’s plan would make it one of the largest 777 freighter operators. FedEx Corp. , the world’s largest express carrier, has 49 Boeing 777s in its fleet. The Eastern brand has been through several incarnations and multiple owners, most recently as a scheduled and passenger charter operator after its latest emergence from bankruptcy protection.

Mr. Harfst said the low cost of the 777 jets being sold off by other carriers and cheap conversion to freighter configuration means it doesn’t have to fly the jets as often to make money, and it plans to introduce eight to 10 of the planes a year.

Write to Doug Cameron at doug.cameron@wsj.com

Ex-GM board member, union leader sentenced to 30 months in prison

Former UAW Vice President Joe Ashton speaks during a GM announcement at a plant in Spring Hill, Tenn. in 2011.…

WASHINGTON—Treasury Secretary Janet Yellen defended the size of the administration’s $1.9 trillion relief package, saying in an interview with CNBC…