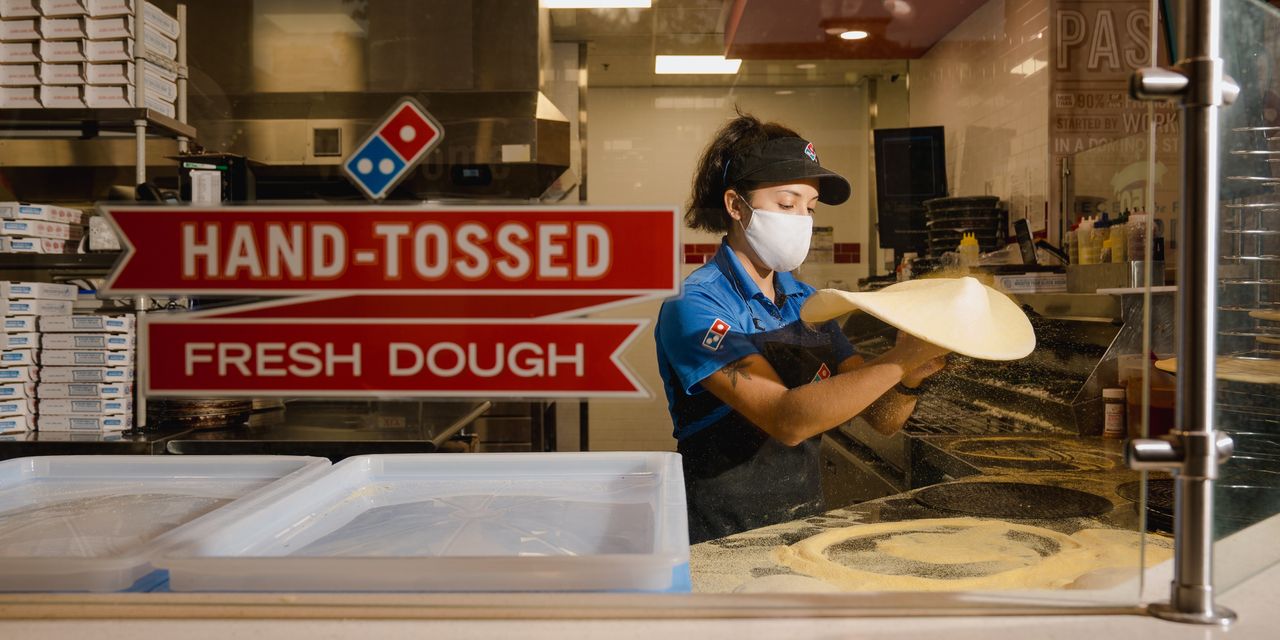 Sales at Domino’s Pizza Inc.’s DPZ 2.22% U.S. stores stalled over the summer, ending the pizza chain’s streak of same-store growth during the pandemic.

At U.S. locations open for at least a year, sales dropped 1.9% in the three months through early September. That break in Domino’s sales trend helped bring the company’s third-quarter revenue below analysts’ expectations.

The stock declined 3.7% in premarket trading.

Domino’s U.S. sales have risen during the pandemic as people spending time at home ordered in more often. Despite the recent decline, same-store U.S. sales are still 16% above pre-pandemic levels from 2019, Chief Executive Ritch Allison said.

It was the first quarter in more than a decade that U.S. same-store sales shrank for Domino’s, according to a research note by Brett Levy, an analyst at MKM Partners. Mr. Levy has cited Domino’s growth streak in recent quarters as a sign it has adapted to changing customer habits during the pandemic.

Over the summer, the reversal was sharpest at company-owned U.S. stores, where comparable sales were down 8.9%. American franchise locations fared better, notching a 1.5% decline. International sales continued improving, with same-store sales abroad rising 8.8%.

World-wide, 323 new Domino’s stores opened in the quarter, including 45 in the U.S.

Write to Matt Grossman at matt.grossman@wsj.com

NASA lands Perseverance rover on the Mars surface, carrying the first helicopter for another planet

The first image beamed back to Earth from Mars rover Peseverance after landing on the surface. Subscribe NASA NASA successfully…