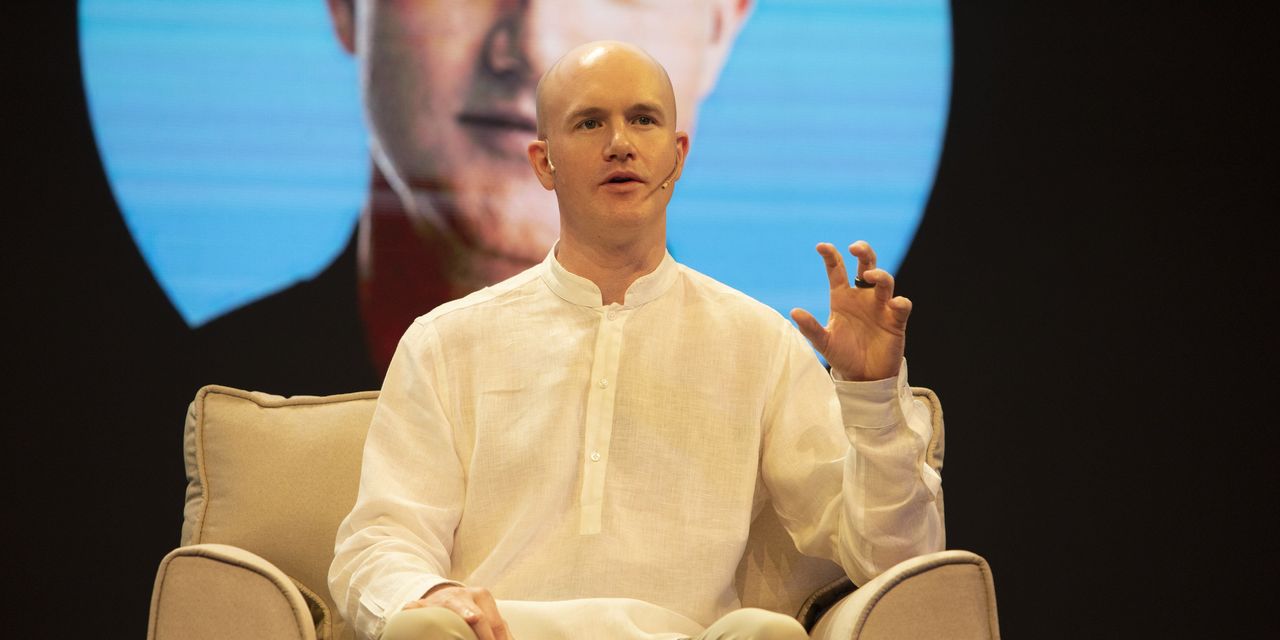 The weather is getting warmer outside, but Coinbase Global COIN -24.99% is settling in for a tough winter.

Even before the drop in the price of bitcoin and other cryptocurrencies this month, Coinbase COIN -24.99% was recording a big decline in activity on its platform in the first quarter, the company reported on Tuesday.

The number of monthly transacting users fell more than 2 million from the fourth quarter to the first, to 9.2 million. Trading volume slid by 44% over that period and total transaction revenue was 56% lower. The company said crypto volatility continued to decline into April, hitting the lowest level since mid-2020, and it expects lower monthly transacting users and trading volumes in the second quarter.

The company has long been anticipating another possible deep-freeze period for crypto activity. Chief Executive Brian Armstrong said on the company’s earnings call on Tuesday that Coinbase COIN -24.99% has been through crypto’s past cycles, and that he now sees an opportunity to focus on building for the future rather than scrambling to keep up with frenzied activity. “Ironically, I’ve never been more bullish on where we are as a company,” he said.

Investors in the company could use a dose of whatever is making him so optimistic, though, as Coinbase shares have lost around three-quarters of their value so far this year. Given that it is so difficult to predict the crypto cycle, when it might turn and how big the next wave will be, investors need to look to other measures of the company’s underlying economics. One silver lining is that the retail fee rate—or how much retail transaction revenue is generated as a percentage of retail trading volume—actually rose over the first quarter from the fourth. There has long been concern that this rate, now at 1.31%, would sharply drop over time. The fact that it hasn’t may be an indicator that Coinbase’s relatively established brand is worth something to customers, and that its pricing strategies are working.

Still, that resilience was counterbalanced in the quarter by a decline in the rates institutions paid. Institutional transacting makes up the bulk of Coinbase’s volume, though it generates a fraction of the revenue that retail does. The institutional fee rate fell over the course of the first quarter, which the company attributed to a change in the fee structure for market makers. Institutional trading also represented an even bigger share of volume than in recent quarters.

There is the long-term potential of expanding the business in nontrading crypto activities. For brokerages in traditional assets, one way to offset a decline in active trading is by offering passive, higher-yield investment products, or paying interest on cash to keep attracting assets while earning more on lending. Robinhood Markets this week said it would raise the interest rate available on uninvested cash to 1%.

The number of Coinbase users engaged with yield-generation products rose from 3.6 million to 5.8 million during the most recent quarter, which the company said was largely driven by the launch of “staking” in the Cardano blockchain network. Staking is a way to earn a form of yield by getting rewards for participating in a network. On average in the first quarter, more than half of monthly transacting users were using products beyond trading, such as staking, the company said. Nontransaction subscription and services revenue fell 29% from the fourth quarter to the first, though it was still close to triple what it was a year ago.

Still, the future potential of crypto yield has its own uncertainties. For one, there are the regulators: Coinbase didn’t launch an anticipated yield-paying lending product last year after the Securities and Exchange Commission threatened enforcement action. It isn’t yet clear how or in what form such offerings may return. People also can seek yield in the wider “decentralized finance” ecosystem, but some may be more reluctant to do so after the volatility surrounding TerraUSD. Among the drivers of the algorithmic stablecoin’s recent growth was its use in a lending protocol that allowed investors to earn returns of nearly 20% annually.

Coinbase may be smart to plant seeds for growth before winter arrives. But investors shouldn’t start dreaming of spring flowers yet.

Shares of Twitter Inc. TWTR -9.67% fell Friday after Elon Musk said his deal to buy the social-media company was…

WASHINGTON—McKinsey & Co. has agreed to pay $18 million to settle allegations that it didn’t adequately guard against the risk…