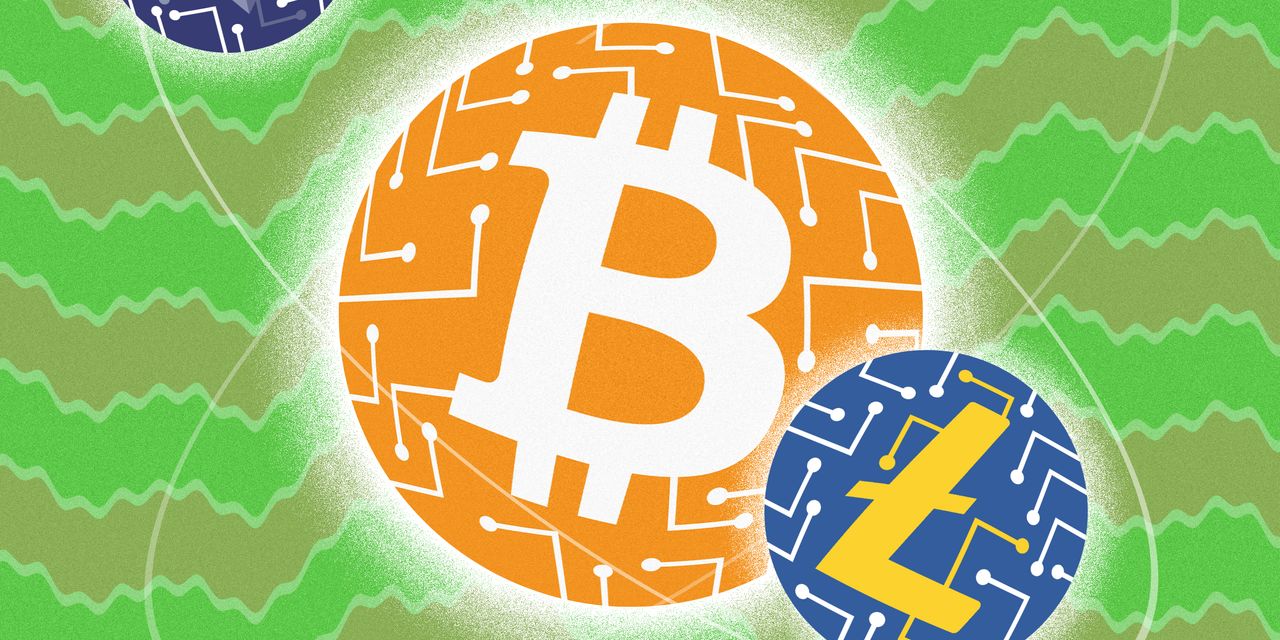 Shares of Coinbase Global Inc., the largest U.S. cryptocurrency exchange, are set to start trading Wednesday under the ticker symbol COIN. The company, founded in 2012, provides a variety of financial services focused on bitcoin and about 50 other cryptocurrencies. It is the first major crypto company to go public and is doing so through a direct listing.

What is Coinbase’s stock price?

Nasdaq set the reference price for a Coinbase share at $250. That price, however, is unlikely to bear much relation to the opening price, which is expected to be sharply higher.

What is Coinbase’s valuation?

The $250 reference price gives Coinbase a valuation of about $65 billion—a significant increase over the $8 billion at which Coinbase was last valued in a 2018 fundraising round. It also would make the company worth more than Nasdaq Inc., which has a market value of about $26 billion, and on par with Intercontinental Exchange Inc., parent of the New York Stock Exchange, at about $69 billion. Some analysts project the company’s valuation will quickly top $100 billion once trading begins.

Is this Coinbase’s IPO?

While this is Coinbase’s stock-market debut, the company elected not to go the traditional route, but rather to go public in a direct listing. In a direct listing, companies save the money they would pay to investment banks in a traditional initial public offering, but they don’t raise any money in the process. That is because the company’s current investors sell their existing shares to the public rather than the company offering new shares.

Coinbase and some of the other big crypto companies have long eyed the public markets. What has changed over the past year has been a diminution of regulatory risk. Many world governments now are at least neutral, if not supportive, of cryptocurrencies. That removed a major risk for traditional investors and helped drive an eye-popping rally in the price of many cryptocurrencies. If Coinbase’s debut is a success, expect others to follow.

Federal Reserve Doesn’t Have to Just Wait on Washington

Federal Reserve officials have been forthright about their belief that the U.S. needs more fiscal stimulus to combat the Covid-19…

Asian markets dip as investors brace for US presidential debate

Asian shares slipped and the dollar was under pressure on Wednesday in the lead up to the first U.S. presidential…