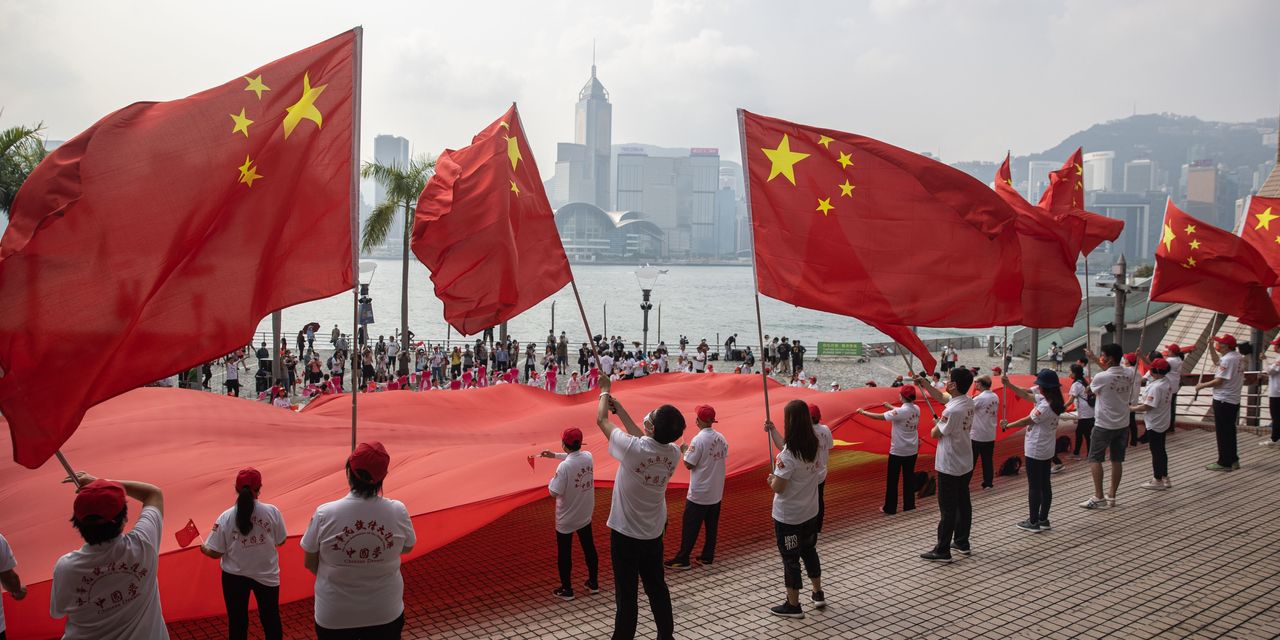 Modern Land (China) Co., a 21-year-old developer that focuses on green projects, failed to repay a $250 million dollar bond that matured Monday, adding to a string of missed payments by Chinese real-estate companies.

In a statement Tuesday, the Beijing-based company attributed the missed payment to an unexpected cash crunch caused by “factors including the macroeconomic environment, the real-estate industry environment and the Covid-19 pandemic.”

Modern Land didn’t say if the failure to repay the bond would immediately constitute an event of default, or whether it would trigger cross-default provisions on other debts. Credit analysts at Lucror Analytics called the incident a default in a note to clients.

Many highly indebted Chinese developers that have outstanding U.S. dollar bonds are struggling to adapt to an era of tighter credit and falling home sales. A steep selloff in the market for Chinese junk bonds has made it impossible for some real-estate companies to refinance their maturing debt by issuing new dollar bonds. Total contracted sales at China’s 100 largest developers fell 36% year-over-year in September, according to CRIC, a Chinese data provider.

Last week, struggling sector heavyweight China Evergrande Group unexpectedly avoided default by paying $83.5 million of interest to international bondholders shortly before a 30-day grace period ran out. Over the weekend, Evergrande said that work on some of its halted projects had resumed. But other smaller rivals have failed to repay investors as promised, including Fantasia Holdings Group Co. , China Properties Group Ltd. and Sinic Holdings (Group) Co.

Modern Land had previously planned to buy back some of the $250 million dollar bond—which carried a 12.85% coupon—and push out the maturity date on the rest. It scrapped that plan last week, saying it continued to experience liquidity problems and had decided the move wouldn’t be in the best interests of the company or other stakeholders, including bond investors.

On Tuesday, the developer reiterated that it was working with lawyers from Sidley Austin and was seeking to hire financial advisers to help develop a plan “taking into account the interests of onshore and offshore stakeholders.”

Evergrande’s difficulties, and a slowdown in home sales, meant developers could no longer simply raise funds from new bond sales to fix liquidity issues, Mr. Anderson said. “It’s very difficult for a Chinese real-estate developer to go to the market these days and say, ‘Please buy my bonds.’”

Modern Land was founded in 2000 and listed in Hong Kong in 2013. It has carved a niche for itself by focusing on green technology and says its dwellings consume only one-third of the energy used by normal residential buildings. In 2016, it became the first Chinese property developer to sell an international green bond.

Last year, the company reported the equivalent of $6.5 billion in contracted sales of properties.

Chairman Zhang Lei is its majority shareholder, with a stake of about 66% as of end-December, according to the company’s annual report. Earlier this month, Modern Land said Mr. Zhang and the company’s president, Zhang Peng, would together loan it a total of 800 million yuan, the equivalent of about $125 million, within the next two to three months.

The company has four other dollar bonds with a combined face value of about $1.1 billion due between 2022 and 2024, according to Tradeweb. It reported total borrowings of about 28.75 billion yuan as of end-June, the equivalent of about $4.5 billion, including loans and bonds.

The company’s 11.95% bonds due 2024 were quoted at 25 cents on the dollar as of Thursday, according to the most recent prices available on Tradeweb.

The company said Oct. 4 that contracted sales for September of properties and car-parking spaces totaled about 3.56 billion yuan, or the equivalent of about $558 million. That was about 22% lower than in the year-earlier period.

—Elaine Yu contributed to this article.

Write to Quentin Webb at quentin.webb@wsj.com

Stock Pickers Built These ETFs to Be More Nimble. They’re Off to a Slow Start

Asset managers are rushing to launch a new breed of stock-picking exchange-traded fund, only to find that some of the…

The Nasdaq surged to a record high close on Monday, while the S&P 500 approached its own record level, with…