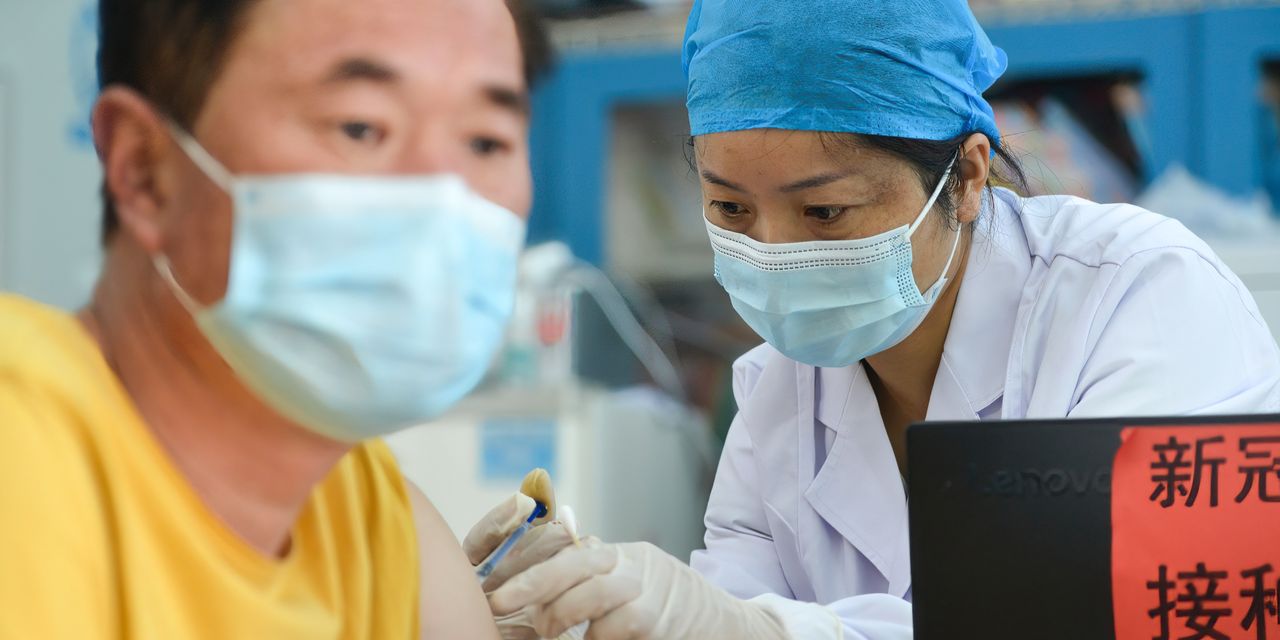 After a slow start, China’s vaccination campaign is roaring into action and now accounts for around half of the doses being distributed daily around the world. If anything like that pace holds, it could overturn expectations of the pace of recovery in Asia and emerging markets globally.

About 20 million vaccines were distributed on Thursday alone and over the past week, vaccinations have proceeded at a pace faster than the U.S., European Union or U.K. have registered at any point during their rollout.

UBS economists note that it’s worth watching for any pinch in supply of Chinese vaccines to countries currently deploying them: notably Chile, Indonesia, Turkey, Mexico and Brazil.

But over the medium term, faster Chinese vaccination could accelerate the return of sorely needed tourism to the battered economies of Southeast Asia. In Thailand, Chinese tourists usually make up around a quarter of the total. And inbound tourism overall runs to more than 10% of Thai GDP. While borders are still unlikely to open meaningfully this year, even pushing that prospect earlier into 2022 would be positive.

Close observers of official Chinese data might well be suspicious—is vaccination data, as is sometimes the case for economic figures, massaged for effect? Doubt is understandable, but it’s harder to see the upside here. The Chinese government has little to gain by pretending its citizens have resistance to a disease that they don’t, since the country can’t meaningfully reopen to the outside world until it is true.

Concerns about the efficacy of Chinese vaccines is also widespread, but likewise probably misplaced. Both Sinovac and Sinopharm would have done a service to the world by being more transparent and communicative about their vaccines, but the best available data suggests they work. The Chilean Ministry of Health reports that CoronaVac is 65.3% effective at preventing symptomatic Covid-19 and 86% effective at preventing death, based on 10.2 million members of the state-run health insurance system. The World Health Organization added Sinopharm’s vaccine for emergency use three weeks ago and its published trial data showed efficacy of over 70% at preventing symptomatic disease, similar to the Johnson & Johnson and AstraZeneca vaccines.

That is good news, since the manufacturing capacity of the two companies holds the promise of the fastest possible global vaccination campaign, especially for the developing world.

Questions remain about the exact levels of vaccination required for herd immunity, or the final efficacy against new variants. Ernan Cui, China consumer analyst at Gavekal Dragonomics, also highlights the difficulties looming for the Chinese government as it inches toward opening up, given its current aim of suppressing Covid-19 to zero.

But the faster the vaccination campaign proceeds, the more rapidly those thorny questions will be addressed and Asia’s tight travel restrictions could be relaxed.

Write to Mike Bird at Mike.Bird@wsj.com

Fintech Investors Are Hitting the Marqeta

Marqeta, one of the forces behind the rapid evolution of payments and commerce, is now a public company. Investors should…

How to Invest When Everything Is Expensive

The good news for your portfolio is that the economic rebound from Covid-19 is looking like a fact. The bad…