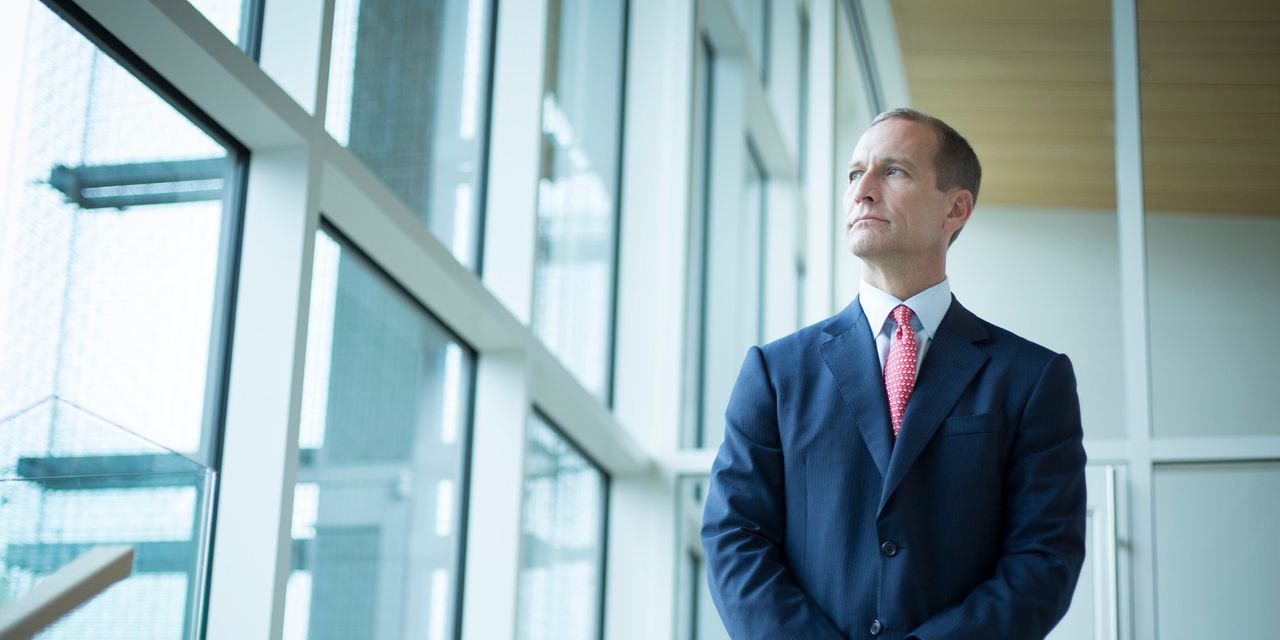 Doug Lawler, the chief executive of Chesapeake Energy Corp. CHK -0.02% , will leave the company at the end of this month, little more than two months after the shale-gas pioneer emerged from bankruptcy.

The Oklahoma City-based company said Tuesday that Mike Wichterich, who became Chesapeake’s chairman in February, will serve as interim CEO as it searches for a new top executive.

In an email to employees reviewed by The Wall Street Journal, Mr. Wichterich said Mr. Lawler’s departure is “not a reflection of his performance or the result of any action on his part,” and that the outgoing executive left the company in “a great position for future success.”

Mr. Wichterich said he would lay out his outlook for the company at a town hall meeting Wednesday.

“Thanks to you, today Chesapeake sits with talented, adaptable people, great assets, and a pristine balance sheet,” said Mr. Wichterich, also the chief executive of oil producer Three Rivers Operating Company III LLC. “Now is the time to get aggressive and win!”

Mr. Lawler and Mr. Wichterich couldn’t be reached for comment

Chesapeake was once the highflying leader of a U.S. land rush in the early days of the shale-gas revolution. But when Mr. Lawler took the helm in 2013, his task was to turn around what had become one of the U.S. oil-and-gas industry’s worst-performing companies.

His predecessor, co-founder Aubrey McClendon, was ousted earlier that year as the company wrestled with ballooning debts and depressed natural gas prices. Mr. McClendon, indicted by a federal grand jury on charges of conspiring to rig the price of oil and gas leases, died in a car crash in 2016.

Mr. Lawler, previously an executive at oil producer Anadarko Petroleum Corp., worked for years to cut Chesapeake’s spending and reduce its mountain of debt. The company’s total liabilities fell from more than $24 billion in early 2013, before Mr. Lawler’s appointment, to $11.9 billion at the end of 2020, according to FactSet.

Ultimately, though, Chesapeake was among the many U.S. oil-and-gas companies that succumbed to the economic impact of the pandemic. It filed for chapter 11 bankruptcy protection in June 2020, and shed about $7.8 billion in debt. It also cut hundreds of jobs.

Chesapeake has signaled subdued ambitions for years, perhaps most poignantly last week when the NBA’s Oklahoma City Thunder said the company was terminating its arena-naming rights agreement after a decade in which the basketball team played in the Chesapeake Energy Arena.

Write to Collin Eaton at collin.eaton@wsj.com

HONG KONG—The swift decline in Huawei Technologies Co.’s smartphone business under the weight of U.S. sanctions has left an opening…

Bed Bath & Beyond is closing more than 40 stores this year. Here’s a map of where they are

As 2021 kicks off, Bed Bath is liquidating 43 stores that are expected to close by the end of February,…