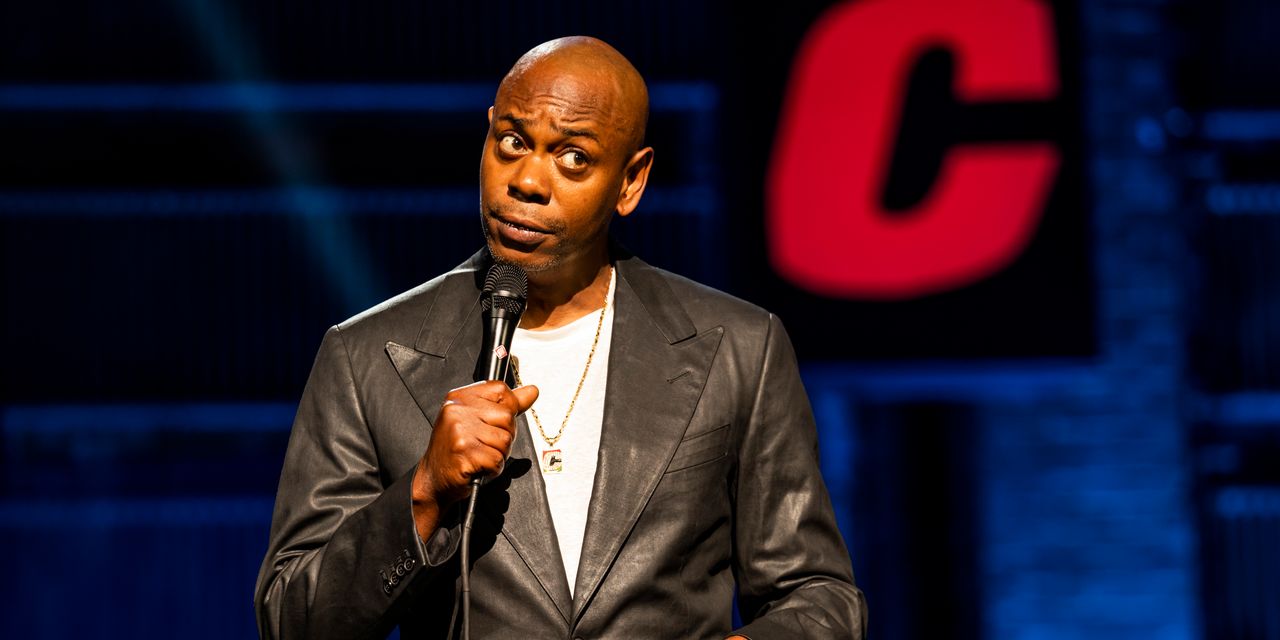 Tensions are rising inside Netflix Inc. NFLX 0.77% over a Dave Chappelle stand-up special that some employees said was offensive to the transgender community, the latest clash between the streaming giant’s radical-candor culture and its embrace of creative freedom.

A Netflix transgender-employee group is encouraging staff to stage a walkout next Wednesday to protest Co-Chief Executive and Chief Content Officer Ted Sarandos’s recent defense of Mr. Chappelle’s special. The plans for a walkout were earlier reported by the Verge and confirmed by Netflix.

In “The Closer,” which was released last week and is currently among the most-watched programs on the service in the U.S., Mr. Chappelle said “gender is a fact” and said he identified as a “TERF,” an acronym that stands for “trans-exclusionary radical feminist.” Mr. Chappelle said he isn’t a favorite of the trans community, then added, “Someone told me, ‘They after you, Dave,’ and I said, ‘One they or many theys?’ ”

A day after the special’s release, Terra Field, a Netflix software engineer who is transgender, criticized the show on Twitter, saying Mr. Chappelle attacked “the trans community, and the very validity of transness.” The tweets went viral and led to a backlash inside the streaming giant over the special. Groups including LGBTQ-rights advocacy group GLAAD spoke up against the show, and the National Black Justice Coalition asked for Netflix to take the special off its platform.

On Monday, Mr. Sarandos issued a companywide email defending the special and saying the service wouldn’t pull it down. Mr. Sarandos said the company works hard to support creative freedom and this means “there will always be content on Netflix some people believe is harmful.” He also said he didn’t think the special incites hate or violence. Mr. Chappelle has a longstanding relationship with Netflix, having made multiple specials for the streaming service. In the end credits of “The Closer,” there is a picture of Messrs. Chappelle and Sarandos laughing together.

Addressing the criticism during an event in Hollywood last week, Mr. Chappelle said, “If this is what being canceled is like, I love it.”

Netflix said Ms. Field wasn’t punished for her tweets, but she and two other employees got into hot water at Netflix when they attended an online meeting of senior Netflix executives last week without permission.

The trio was suspended but promptly reinstated, according to Netflix. Ms. Field said Netflix told her it appeared there was no ill intent on her part and that she was unaware that the meeting was only for senior staffers at the company, according to a tweet from Ms. Field. Netflix confirmed that account.

Netflix stands in contrast to traditional studios and networks, where it is rare for employees to question content decisions—much less take to social media to negatively criticize those choices. At Netflix, radical candor and transparency are encouraged within the company’s hallways and meetings.

Among programmers, Netflix has stood out when it comes to carrying shows featuring transgender performers, including “Sense8,” “Orange Is the New Black,” “Sex Education” and “Control Z.” It also has a development deal with transgender producer Janet Mock.

This isn’t the first time a Chappelle special has caused anger inside Netflix. His previous stand-up special, “Sticks and Stones,” which also included commentary on the LGBTQ community, was found by some inside the company as offensive, according to people familiar with the matter.

Last year, a sex-filled movie called “365 Days” that was popular on the platform made some inside the company uncomfortable, as did the movie “Cuties,” which was accused of sexually exploiting young girls, the people said.

Write to Joe Flint at joe.flint@wsj.com

Lisa Wilson receives a shot of the Pfizer vaccine at a mobile COVID-19 vaccination site in Orlando, Florida. Subscribe Paul…

More workers are facing compulsory Covid vaccination or no job