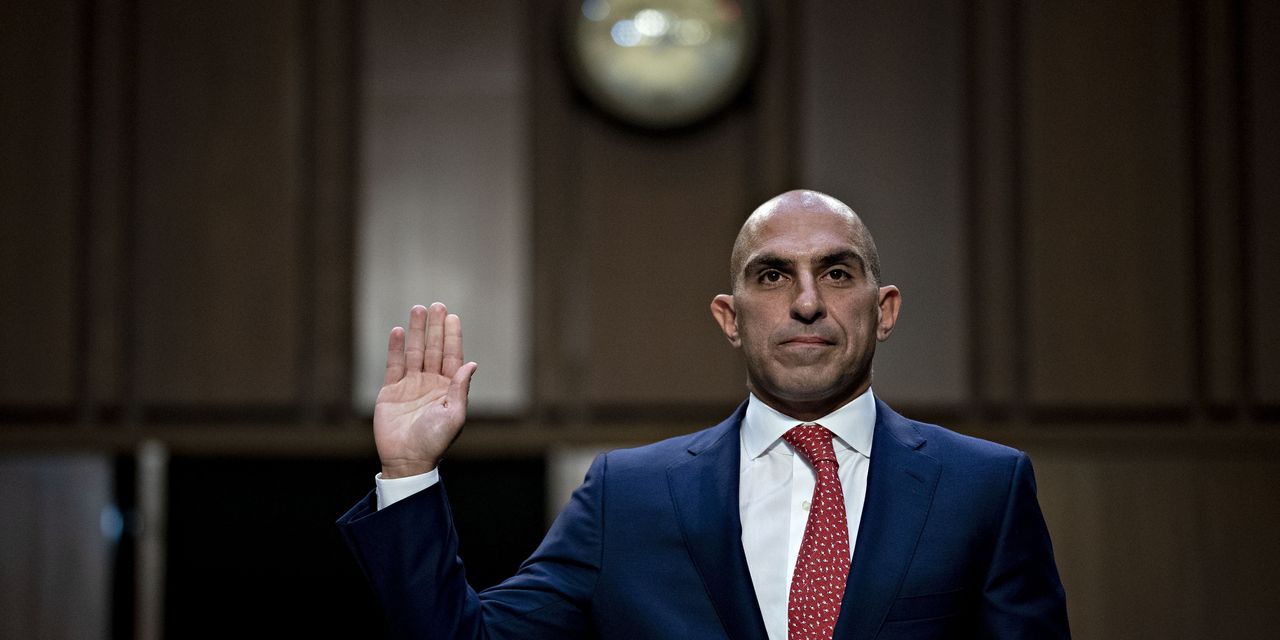 WASHINGTON—The nation’s top derivatives regulator is testifying Wednesday about cryptocurrencies before a congressional panel that is weighing the need for new legislation to bring the volatile asset class under government oversight.

Rostin Behnam, the recently confirmed chairman of the Commodity Futures Trading Commission, is appearing before the Senate Agriculture Committee for a hearing examining risks, regulation and innovation in the cryptocurrency industry. Additional witnesses include billionaire cryptocurrency entrepreneur Sam Bankman-Fried.

Regulators in the Biden administration have likened the $1.7 trillion cryptocurrency market to the Wild West and said it lacks the safeguards that protect investors in stocks, bonds or commodities. But they have struggled to apply the decades-old laws that govern those markets to the cryptocurrency industry, which is furiously lobbying Washington to avoid being regulated by the Securities and Exchange Commission.

Both the CFTC and SEC cracked down on cryptocurrency projects and trading platforms they have considered to be breaking the law or defrauding investors.

But neither agency has sought to fully oversee the two largest cryptocurrencies: bitcoin and ether. Together the two represent more than 60% of the entire market.

That is partly because many lawyers believe the two assets are, for legal purposes, commodities that fall outside the SEC’s jurisdiction, and partly because the CFTC only has the power to regulate derivatives, as opposed to spot markets.

“There is no one regulator, either state or federal, with sufficient visibility into digital-asset commodity trading activity to fully police conflicts of interest and deceptive trading practices impacting retail customers,” Mr. Behnam said in prepared testimony.

The top-ranking Republicans and Democrats on both the House and Senate agriculture committees sent Mr. Behnam a letter last month asking whether he saw any shortfalls in the CFTC’s ability to police cryptocurrencies. “It is imperative that customers are protected from fraud and abuse and that these markets are fair and transparent,” the lawmakers wrote.

Mr. Behnam has previously said the CFTC is prepared to take a larger role. But he has noted that would require Congress expanding the agency’s authority through legislation, as well as its funding.

Cryptocurrency lobbyists have urged the Senate Agriculture Committee, which oversees the CFTC, to assert its jurisdiction over their industry and avoid ceding regulatory turf to the SEC. They say the SEC’s rules for traditional securities like stocks and bonds would be impossible for most cryptocurrencies and trading platforms to comply with.

“I expect several members to make arguments for CFTC authority,” said Michelle Bond, head of the Association for Digital Asset Markets, in an emailed statement. “This will be the first comprehensive public hearing on digital assets for the members who are still formulating their views on digital assets.”

Write to Paul Kiernan at paul.kiernan@wsj.com

What Bank Earnings Tell Us About the Economy

Wall Street is booming, or at least parts of it are. Merger mania and stock trading lifted the big U.S.…