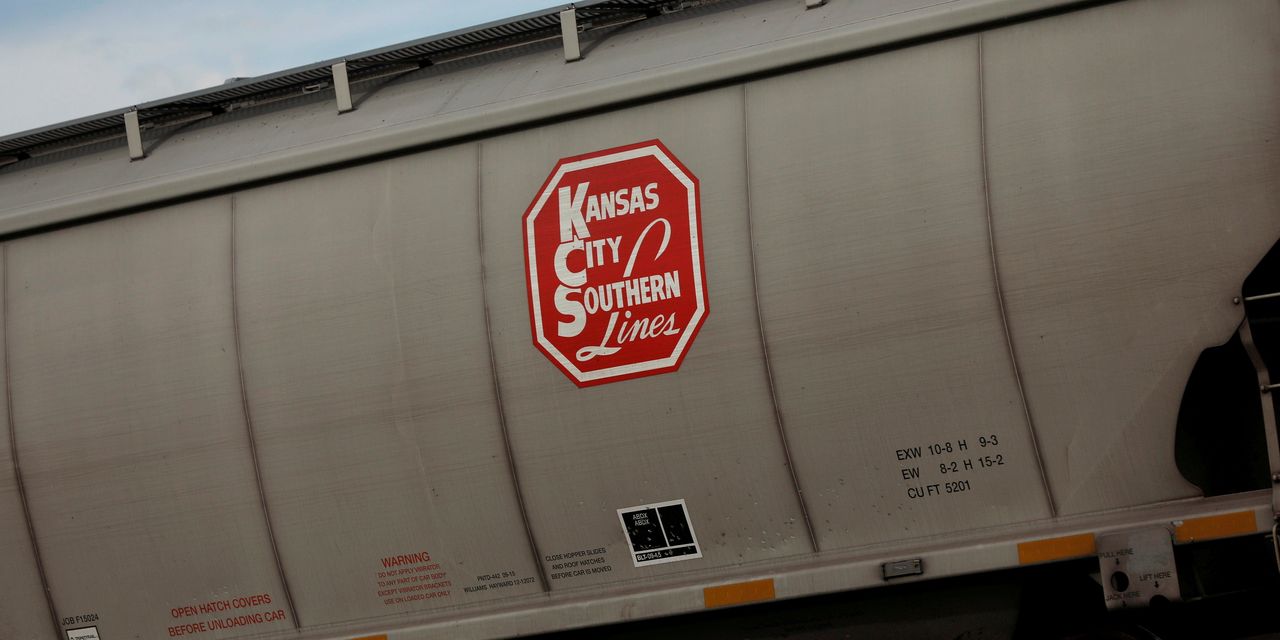 The $27 billion agreement, if completed, would be the first major merger in the industry in the U.S. in about two decades and would create the first freight rail network linking Canada, the U.S. and Mexico.

Canadian Pacific and Kansas City Southern had reached a $25 billion deal in March before the rival, Canadian National Railway Co. , submitted a roughly $30 billion topping bid. That prompted Kansas City Southern to switch partners, before a regulatory panel that must bless railroad mergers denied Canadian National’s plans to use a temporary voting trust, a key element of its proposal.

In the wake of that decision, Kansas City Southern on Sunday said it favored a sweetened cash-and-stock offer from Canadian Pacific, which had already received the go-ahead for a similar trust. Canadian National then had five business days to improve its offer or walk away.

Major news in the world of deals and deal-makers.

In a statement on its decision not to continue pursuing the deal, Canadian National said the U.S. regulatory landscape has become more challenging for major railroad mergers since its bid was launched. It referred to an executive order from President Biden in July that focused on maintaining and increasing competition in key sectors, including the largest railroads, and suggested the shift could pose an issue for Canadian Pacific.

The decision to back away could appease one of Canadian National’s major shareholders, TCI Fund Management Ltd., the London hedge fund that owns a 5% stake in the railroad. On Monday, it threatened a proxy fight to replace board members and Canadian National’s chief executive. (TCI owns an 8% stake in Canadian Pacific, which it favors as a merger partner for Kansas City Southern.)

Kansas City Southern and Canadian Pacific said Wednesday that their planned deal will create a railroad with roughly $8.7 billion in annual revenue, based on 2020 figures, and 20,000 employees. They said it would still be the smallest of the six major railroads in the U.S.

The smallest of the major freight railroads in the U.S., Kansas City Southern plays a key role in U.S.-Mexico trade. Its trains bring autos and other industrial products up from factories south of the border into Texas and the Midwest and haul U.S. farm goods back to Mexico. It also runs a rail link along the Panama Canal.

The combined company will create “a network that will never be replicated,” Mr. Creel said in an interview. He said he expects more shippers will shift from clogged U.S. ports to less-busy ones in Mexico when shipping goods to the U.S.

The transaction, which requires signoff from both sets of shareholders, involves a two-step process. First, a voting trust would acquire Kansas City Southern shares and, assuming necessary approvals are granted, the companies would then merge. Canadian Pacific received approval for the trust from the regulatory panel, the U.S. Surface Transportation Board, in May.

Mr. Creel said he expects regulatory reviews to be completed by the end of 2022. The company plans to file a merger application in mid-October to the STB, which requires major railroad combinations to be in the public interest and enhance competition.

A separate review in Mexico, where Kansas City Southern operates a large network, won’t likely be completed until near the end of next year, Mr. Creel said.

The companies see the deal as adding to Canadian Pacific’s adjusted earnings per share in the first full year after the acquisition.

Write to Cara Lombardo at cara.lombardo@wsj.com, Dave Sebastian at dave.sebastian@wsj.com and Jacquie McNish at Jacquie.McNish@wsj.com

Streaming vs. Cable: How to Save Money on Live TV

’Tis the season for seven-layer dip and serious football. With the Super Bowl kicking off next Sunday, I’ve got two…