It’s been a tumultuous couple of years for the smartphone industry. In addition to the typical market competition among smartphone manufacturers attempting to lure new customers with better features and/or lower prices, the supply chain issues caused by the Covid-19 pandemic have also impacted production and sales. International political tensions have also resulted in trade restrictions impacting the capabilities of some smartphone companies.

Thus, it comes as no surprise that smartphone sales for the second quarter of 2021 showed some numbers that many weren’t expecting. According to data from Counterpoint research, Chinese smartphone maker Xiaomi Corp (

For the month of June, Xiaomi even jumped ahead of Samsung to account for 17.1% of units sold compared to Samsung’s 15.7%. Apple (

A combination of factors came together to catapult Xiaomi into the number one smartphone manufacturer spot in June. The question now is, how much of its momentum can the company keep in the long term? Will it see its sales numbers drop back to prior levels in the coming months, or can it continue competing with the likes of Samsung and Apple?

According to Samsung’s second quarter earnings report, “Revenue decreased sequentially, weighed on by the component supply shortage and production disruptions at the factory in Vietnam.” In other words, Samsung appears to be having supply chain issues not only due to Covid-19 (production disruptions) but also due to the global semiconductor shortage (component supply shortage).

It is likely that the reduction in availability for Samsung’s devices played a key role in bumping up Xiaomi’s June sales, as these two companies are close competitors in many of their key markets. Customers wanting to buy a Samsung device would thus be more likely to switch to Xiaomi in the case of a shortage.

However, Samsung also said that it expects its production levels to return to normal soon, most likely before the end of July. Such a short period of interruption is not likely to cause a permanent shift away from Samsung, so this tailwind could soon disappear for Xiaomi.

While Samsung’s production interruptions provided a temporary opportunity for Xiaomi to pick up some of the slack, a longer-term tailwind for the company has been the decline of Huawei.

Huawei was the biggest Chinese smartphone producer for years, capturing a global market share of 20% at its peak in the second quarter of 2020 as its products became increasingly popular internationally.

The U.S. blacklisting has not only encouraged allies to give Huawei the cold shoulder, it’s also choked off supplies of key components and resources to the company, greatly reducing its production capacity. For the first half of 2021, Huawei recorded its biggest-ever revenue drop on the back of a 47% decline in its consumer electronics business as production was impaired and the company was forced to sell its budget smartphone brand Honor in November 2022 in order to survive.

By the first quarter of 2021, Huawei’s global smartphone market share had dropped all the way to 4%. “Ever since the decline of Huawei commenced, Xiaomi has been making consistent and aggressive efforts to fill the gap created by this decline,” said Tarun Pathak, research director at Counterpoint. Xiaomi and other smartphone suppliers are likely to keep the market share gained from the decline of Huawei.

In addition to its home market in China, Xiaomi has a growing international presence as well. It has made a huge splash in India, one of the world’s fastest-growing smartphone markets, where it currently holds the number one position with a 29% market share. Samsung is hanging on to second place with a 17% market share in India.

Xiaomi has also recently topped all other smartphone vendors in Europe, grabbing a 25% market share in the second quarter on 14% year-over-year growth. Meanwhile, Samsung’s market share dropped 7% in the second quarter. In Europe, competition is tough between Samsung and Apple on the high end of the smartphone market, while in the lower price ranges, it is getting priced out by Chinese competitors.

While the specs of its phones may not compare to top-of-the-line models from Samsung and Apple, Xiaomi has a reputation for providing the most bang for your buck, which has been driving its popularity in emerging markets.

The company is making efforts to break into the high-end smartphone market as well with this year’s launch of the Mi 11 Ultra. It will likely have a tough time competing in the high-end market in countries where Samsung and Apple have bigger existing user bases, but it may have more success in India and other emerging markets.

In June, a combination of factors helped catapult Xiaomi into the spot of the world’s number one smartphone supplier in terms of units sold during the month. The company also rose to second place for the second quarter, coming in ahead of Apple but behind Samsung.

Some of the factors, such as Samsung’s production issues in Vietnam, will be temporary. However, the market share that Xiaomi has gained following Huawei’s decline, particularly in Europe, will likely be a long-term tailwind. Xiaomi’s smartphones also appeal to the mass market by providing many attractive features at a lower cost, which is what has made its brands so popular in India.

Overall, it seems likely that Xiaomi will settle into second place in the global smartphone market as Samsung gets back to full production capacity. However, opportunities in fast-growing emerging markets could potentially allow Xiaomi to grab the number one spot again in a few years’ time.

The stock doesn’t seem to be too expensive at the moment. On Aug. 6, shares of Xiaomi traded around 26.35 Hong Kong dollars ($3.39) for a market cap of HK$660.99 billion and a price-earnings ratio of 21.9. According to the Peter Lynch chart, the stock is trading above its intrinsic value but in line with its median historical valuation. 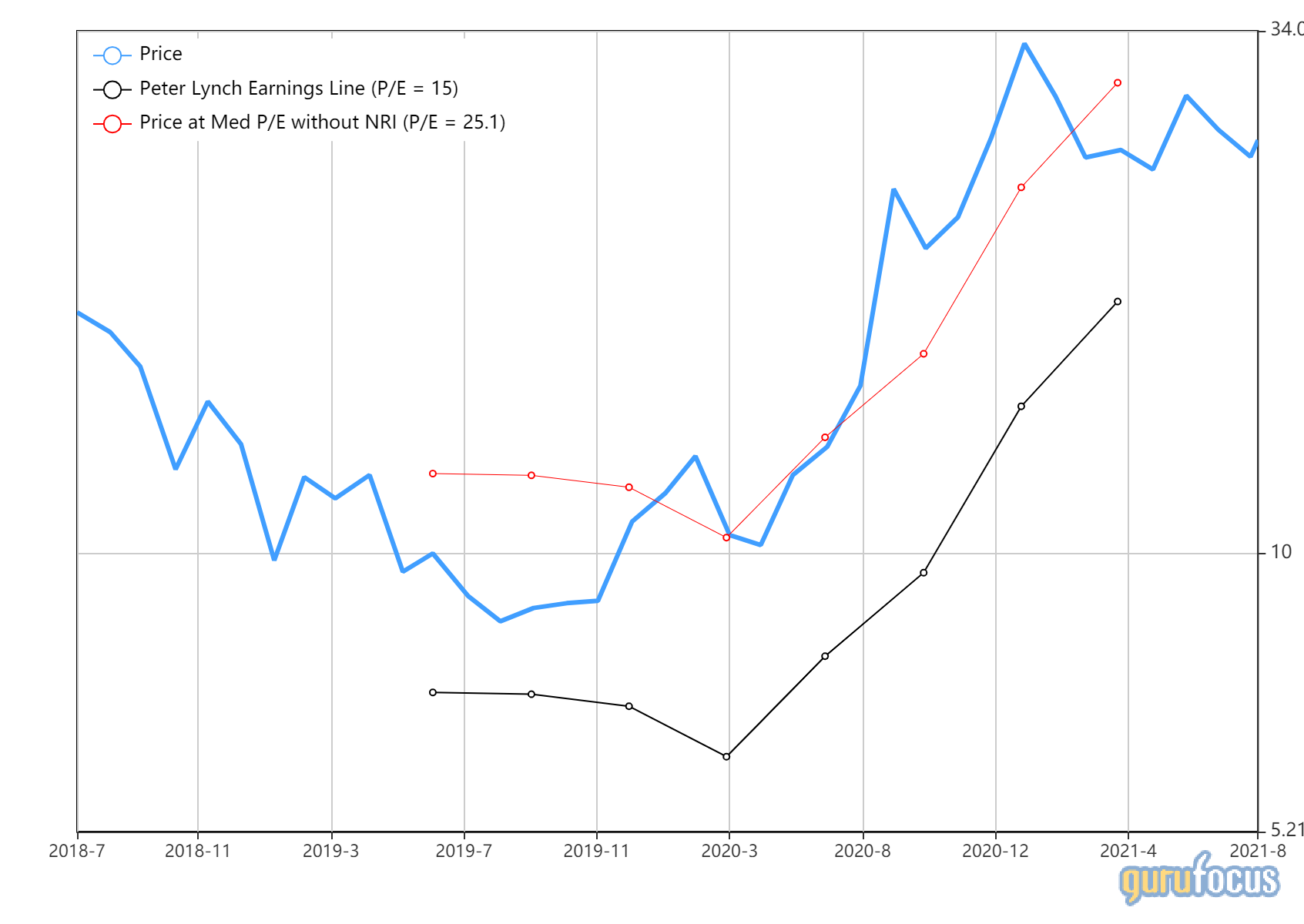 If Xiaomi does lose some of its momentum as Samsung’s production increases once again, and as both Samsung and Apple are set to release their newest models in the coming months, there might be opportunities to pick up shares at an even cheaper price.

Cybersecurity Stocks to Consider as Ransomware Attacks Ramp Up

Investors have seen plenty of news recently about increases in ransomware attacks, in which hackers lock up systems and attempt…