Brandes Investment recently disclosed its portfolio updates for the first quarter of 2021, which ended on March 31.

Charles Brandes (Trades, Portfolio) in 1974 and based in San Diego, California, Brandes Investment is a value investing firm that seeks to purchase out-of-favor securities that are trading at discounts to their intrinsic values (based on total return potential) and then hold them until the market recognizes their true worth.

Based on its investing criteria, the firm’s biggest sells for the quarter were Baidu Inc (

BIDU, Financial), impacting the equity portfolio by -2.05%. During the quarter, shares traded for an average price of $261.90.

Baidu is a Chinese Internet and technology giant that specializes in artificial intelligence, Internet services, search engines and related products. It has access to the world’s largest domestic addressable population of Internet users.

On May 26, shares of Baidu traded around $194.88 for a market cap of $67.72 billion and a price-earnings ratio of 9.32. According to the GuruFocus Value chart, the stock is “modestly overvalued.” 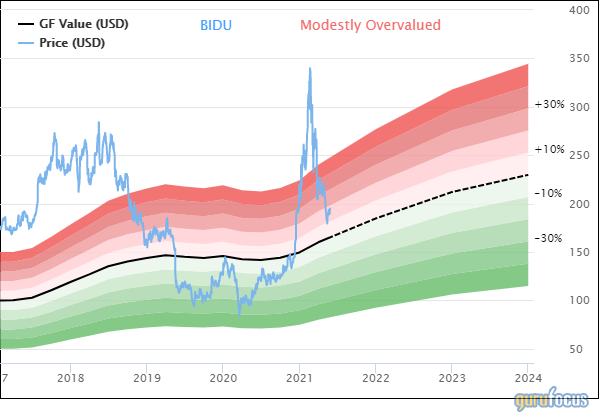 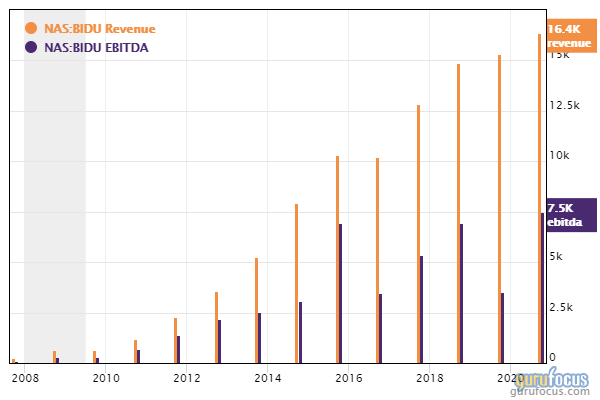 The firm reduced its investment in Cemex SAB de CV (

Cemex is a multinational building materials company headquartered in San Pedro, Mexico. It produces, distributes and markets cement, ready-mix concrete, aggregates and other materials in more than 50 countries.

On May 26, shares of Cemex traded around $8.01 for a market cap of $11.80 billion. According to the Peter Lynch chart, the stock is trading above both its intrinsic value and its median historical valuation. 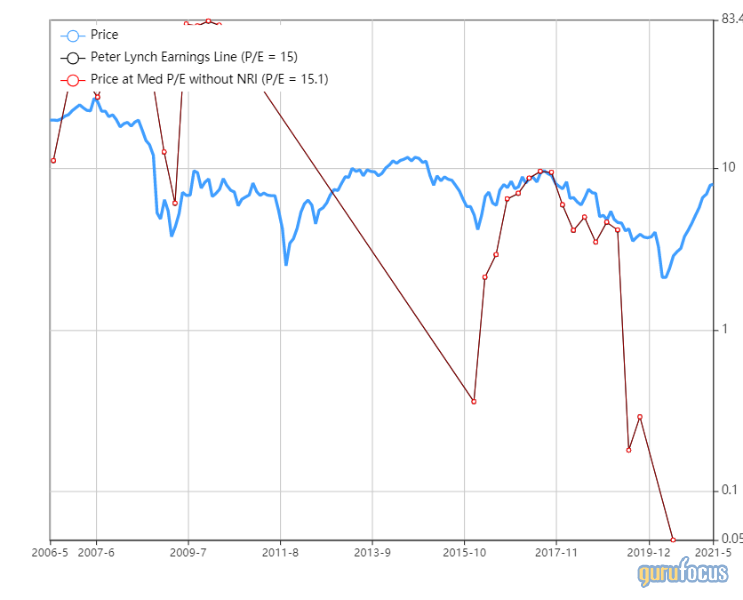 The company has a financial strength rating of 5 out of 10 and a profitability rating of 5 out of 10. The interest coverage ratio of 1.75 and Altman Z-Score of 0.87 indicate potential liquidity issues. The return on invested capital (ROIC) is consistently lower than the weighted average cost of capital (WACC), suggesting that growth is not profitable. 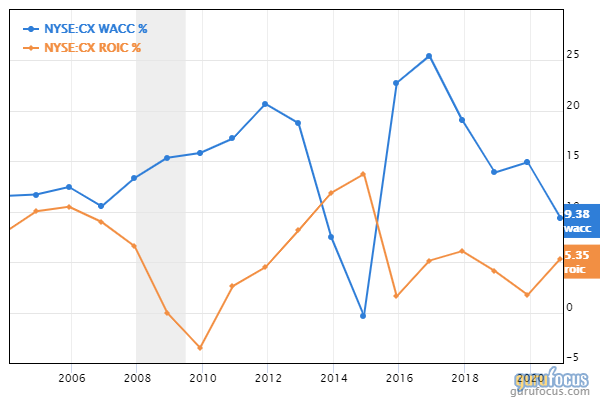 The firm established a new position of 744,281 shares in OneMain Holdings Inc (

OMF, Financial), which had a 0.95% impact on the equity portfolio. During the quarter, shares traded for an average price of $51.65.

Headquartered in Evansville, Indiana, OneMain Holdings is a financial services holding company that owns and operates the largest personal installment loan company in the U.S. It makes emergency loans to those with nonprime credit scores who don’t qualify for a loan from a bank or credit union.

On May 26, shares of OneMain Holdings traded around $55.79 for a market cap of $7.50 billion and a price-earnings ratio of 6.76. According to the GuruFocus Value chart, the stock is “significantly overvalued.” 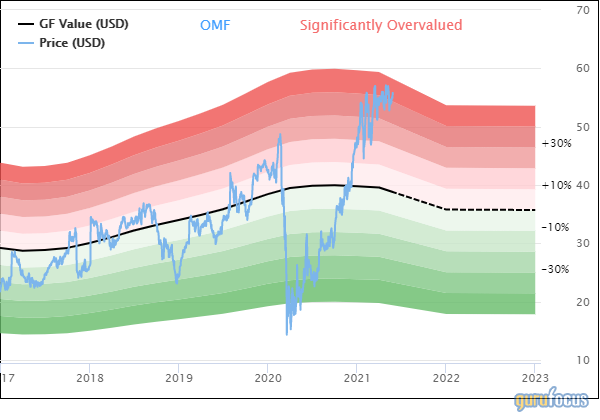 The company has a financial strength rating of 3 out of 10 and a profitability rating of 5 out of 10. The cash-debt ratio of 0.08 is lower than 76% of industry peers, but the Piotroski F-Score of 8 out of 9 suggests a strong balance sheet. The return on equity of 18.79% and return on assets of 3.22% are outperforming 82% of other companies in the industry. 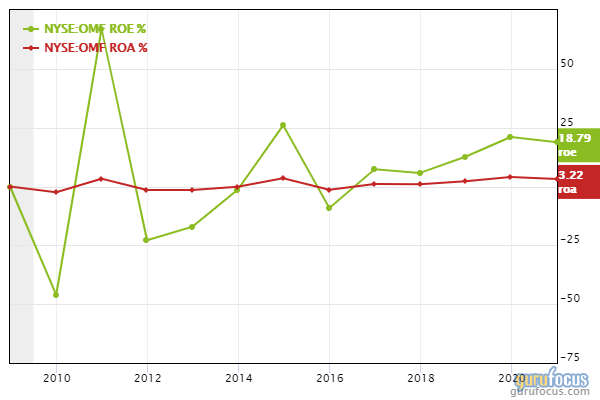 The firm also invested in 680,593 shares of Chesapeake Energy Corp (

CHK, Financial), impacting the equity portfolio by 0.69%. Shares traded for an average price of $44.03 during the quarter.

Based in Oklahoma City, Oklahoma, Chesapeake Energy is an American hydrocarbon exploration and development company. The company emerged from Chapter 11 bankruptcy this past February, cancelling the former shares under its restructuring agreement and issuing new shares.

On May 26, shares of Chesapeake Energy traded around $52.80 for a market cap of $5.17 billion. Shares have gained 17% since the company emerged from bankruptcy in early February. 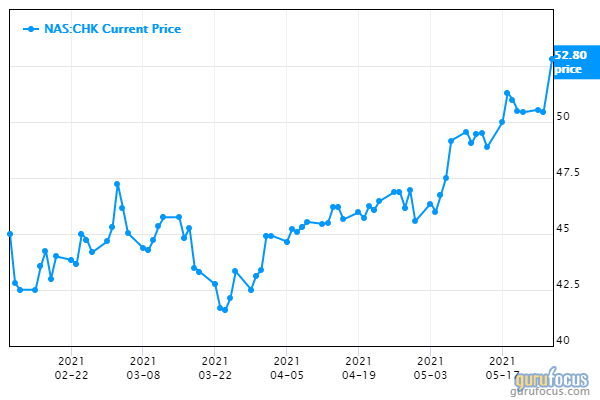 The company has a financial strength rating of 3 out of 10 and a profitability rating of 3 out of 10. It clearly has issues with taking on unmanageable debt levels given its recent bankruptcy, and the current ratio of 0.82 indicates the company’s balance sheet is still on thin ice. The operating margin of -3.80% and net margin of -186.83% indicate the company will need to improve its profitability fast if it wants to stay in business. 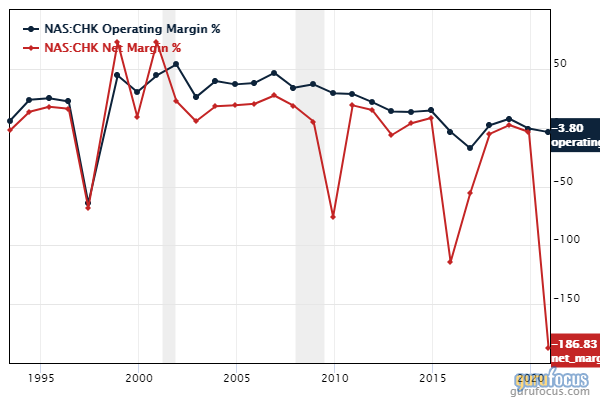 As of the quarter’s end, the firm held 160 common stock positions valued at a total of $4.23 billion. It established 21 new positions, sold out of 13 holdings and added to or reduced several other positions for a turnover of 7%.

UBS, Financial) with 6.42% of the equity portfolio, Embraer SA (ERJ, Financial) with 5.77% and Cemex with 5.59%. In terms of sector weighting, the firm was most invested in financial services, health care and industrials. 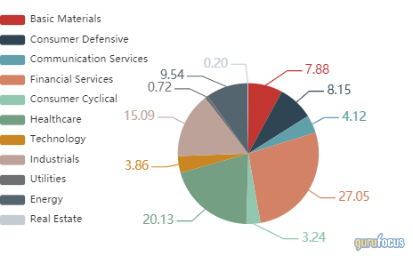 Disclosure: Author owns no shares in any of the stocks mentioned. The mention of stocks in this article does not at any point constitute an investment recommendation. Portfolio updates reflect only common stock positions as per the regulatory filings for the quarter in question and may not include changes made after the quarter ended.

How Much Time Should we Spend Analyzing a Business?

In a recent article, I claimed that most investors are looking for an “easy” way to make money, and the…