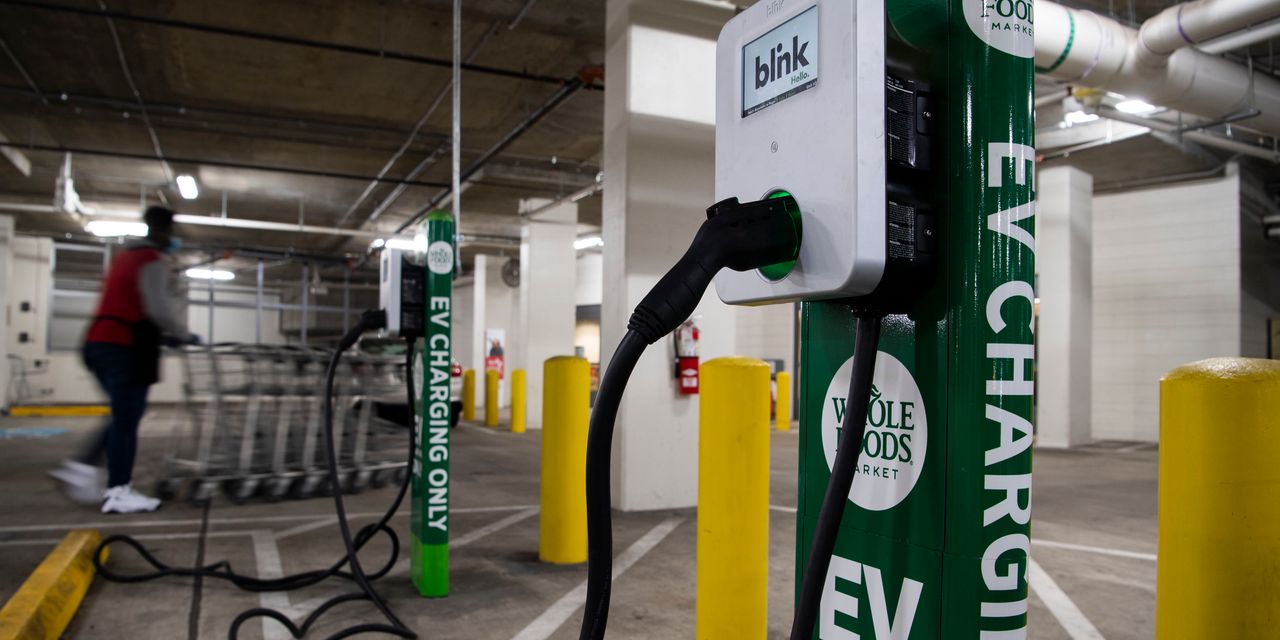 Blink Charging Co. is using cash acquired in a recent stock offering to expand its network of charging stations ahead of an expected consumer shift toward electric vehicles.

Shares of Blink Charging, which went public in 2018 and closed at $34.64 each on Wednesday, surged to around $60 earlier this year from about $9 following the election of President Biden, who is proposing infrastructure investments to reduce carbon emissions.

“We needed the capital for deployment—for growth—and the opportunity from the market was there,” said Michael Rama, who became Blink Charging’s chief financial officer last February.

Blink Charging earlier this month acquired Blue Corner NV, an Antwerp, Belgium-based charging company, in a roughly $24 million cash-and-stock deal. The transaction, which added around 7,000 charging stations, will help grow its business abroad, building on existing operations in countries such as Greece and Israel, Mr. Rama said. Blink Charging operated or sold a total of about 23,000 charging stations internationally before the deal.

Blink Charging’s plug-in stations are located in parking lots at grocery stores and hotels and in apartment complexes, among other locations. The company, which employs about 150 people following the Blue Corner deal, makes money by selling stations to commercial and residential customers. It also owns some stations and makes money through contracts with property owners, splitting the revenue generated through the sale of electricity to drivers.

“As the EV market continues to increase, we’ll get to increase the revenues from those charging stations,” Mr. Rama said. Quarterly revenue as of March 31 reached $2.2 million, up 72% from a year earlier. The company posted a $7.4 million net loss during the quarter ended March 31, compared with a roughly $3 million loss during the prior-year period.

Asked about Blink Charging’s timeline for turning a profit, Mr. Rama declined to comment, but said it would require more electric vehicles to hit the road. He pointed to recent efforts in California and Massachusetts to phase out the sale of gas-powered engines by 2035 as policy actions that could spur more investment in the industry.

Blink Charging’s business model is based on the premise that consumers will want to buy electric vehicles. But that hasn’t happened yet on a significant scale, said Gabe Daoud, managing director who covers the sustainable energy sector at Cowen Inc., a financial services firm.

Despite this, car makers recently have announced plans to increase the production of electric cars, with Ford Motor Co. this week saying that it expects 40% of global sales to be fully electric by 2030. Registration of electric vehicles in the U.S.—a proxy for sales of cars powered solely by electricity—increased 8% in 2020, to 254,642, compared with a year earlier, and accounted for about 2% of the total market, according to IHS Markit Ltd. , a data provider.

Efforts in Washington to boost construction of green infrastructure, such as the president’s plan, could also bolster Blink Charging’s operations. President Biden has called for 500,000 new charging stations across the country, as part of a larger proposal that is supposed to be funded in part through increases in the corporate tax rate. “We’re very encouraged by the plans of the new administration,” Mr. Rama said.

Write to Kristin Broughton at Kristin.Broughton@wsj.com

SpaceX’s Starlink wants to provide internet to airplanes in the near future, VP says

60 Starlink satellites deploy into orbit after the company’s 17th mission. SpaceX SpaceX is “in talks with several” airlines to…