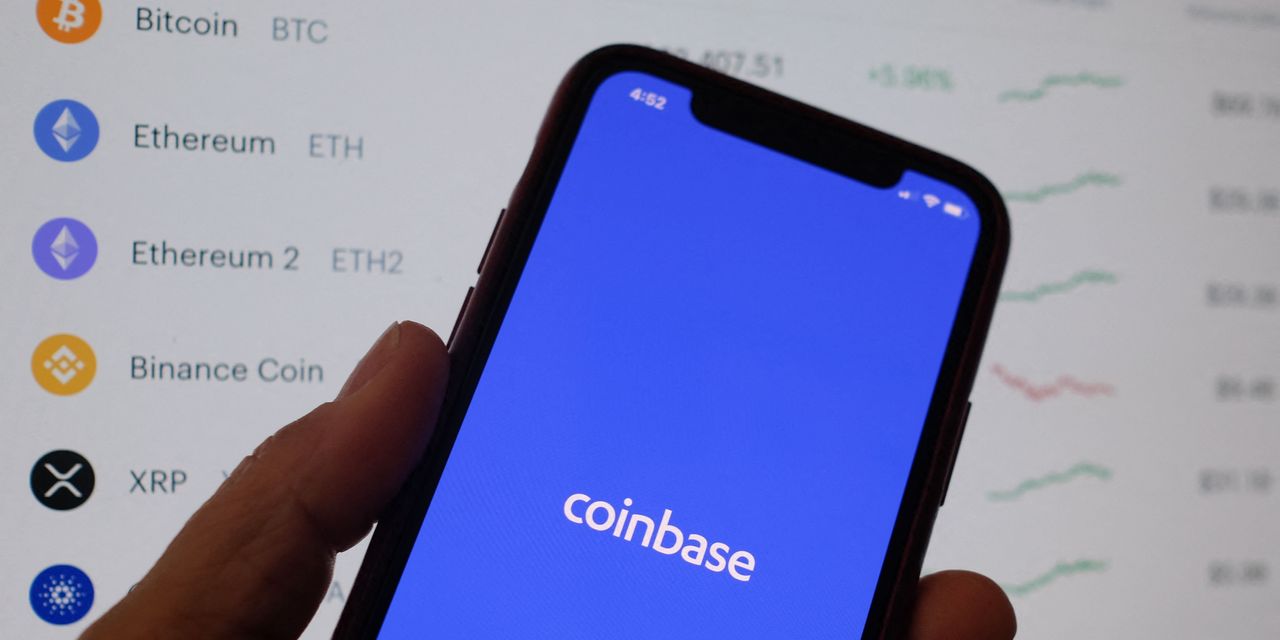 Prices of cryptocurrencies surged to records Wednesday as the listing of exchange Coinbase Global Inc. propelled interest in digital assets.

Bitcoin climbed to a record of $64,829 apiece, ether traded as high as $2,398 and dogecoin—the meme cryptocurrency created as a joke—was up more than 40% at nearly 13 cents after reaching 14 cents, according to CoinDesk. The rally in dogecoin came despite Coinbase not offering trading in it.

Shares of Coinbase started trading Wednesday on the Nasdaq Global Select Market via a direct listing under the ticker symbol COIN. Shares opened at $381 and rose as high as $429.54 in the first few minutes of trading before pulling back and hovering around $370.

The listing has drawn renewed attention to cryptocurrencies, pulling in new retail traders. This has benefited not only the most highly traded cryptocurrencies, such as bitcoin and ether, but also smaller and cheaper coins.

“Everything is rallying,” said Joel Kruger, a strategist at cryptocurrency exchange LMAX Digital. “We have a combination of global macro forces that are driving risk higher. We also have a lot of swirl around the Coinbase news and that is giving the crypto market some added boost and added exposure.”

Flows into bitcoin by institutional investors slowed during the past two months, said Chris Bendiksen, head of research at London-based asset management firm CoinShares. One reason might be that firms have been waiting to buy shares of Coinbase.

“If you can’t get exposure to bitcoin or you don’t want it pure, you can go through Coinbase because it probably feels more kosher to people,” he said. “I expect that some of the demand might have been funneled into Coinbase instead.”

More on the Coinbase Listing

Write to Caitlin Ostroff at caitlin.ostroff@wsj.com

China’s Economy Is Still Dependent on Housing and Exports

The world’s second-largest economy kept chugging along in early 2021 with the help of some familiar drivers: housing and exports.…

U.S. stock futures wobbled Friday, suggesting that the S&P 500 would hover near a record after being powered higher by…