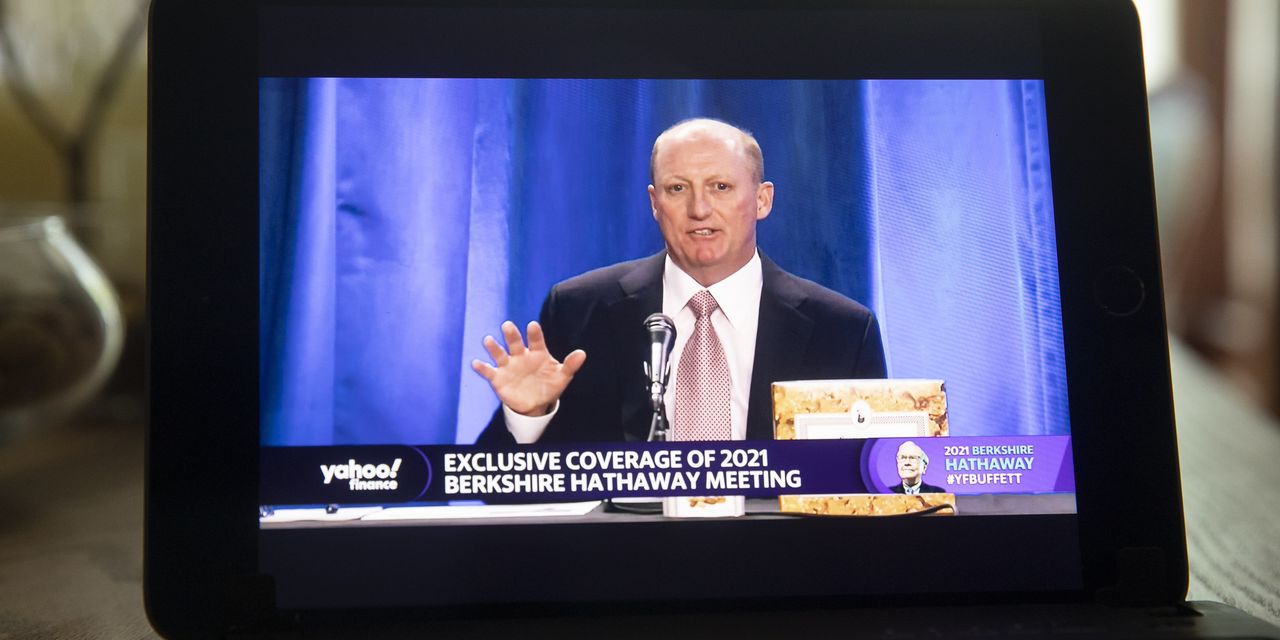 Warren Buffett said Greg Abel will succeed him as Berkshire Hathaway Inc.’s BRK.B 1.56% chief executive should he leave the role in the short term.

“The directors are in agreement that if something were to happen to me tonight, it would be Greg who’d take over tomorrow morning,” Mr. Buffett told CNBC.

A person familiar with Berkshire’s board confirmed Mr. Abel is the current pick to replace Mr. Buffett should the 90-year-old billionaire leave the role imminently.

The choice answers a question that had hovered over Berkshire for decades. A 2018 decision to name to the board Ajit Jain, who runs the company’s insurance business, and Mr. Abel, who heads the conglomerate’s other operations, indicated they were the top choices as Berkshire’s next CEO.

Charlie Munger, Berkshire’s longtime vice chairman, had appeared to drop a major clue that Mr. Abel was the pick on Saturday, during Berkshire’s annual meeting with shareholders. When asked about the importance of Berkshire’s culture, Mr. Munger noted that “Greg will keep the culture.”

“He does a far better job of that than I was doing previously,” Mr. Buffett said.

In his 2012 letter to shareholders, Mr. Buffett revealed that the board had identified the company’s next CEO. He didn’t name the person but said it was someone the board knew well.

Mr. Buffett’s son, Howard Buffett, is expected to succeed his father as chairman. The company named Messrs. Abel and Jain as vice chairmen in 2018. And in the past decade, Todd Combs and Ted Weschler have joined Berkshire to help run the company’s investment portfolio.

On Saturday, Messrs. Jain and Abel described a respectful, communicative business relationship between the two of them.

Messrs. Buffett and Munger are known for their tight relationship. “We have never had an argument in 62 years,” said Mr. Buffett, describing Mr. Munger as the “vice chairman of culture”

Mr. Buffett didn’t immediately respond to a request for comment.

Write to Justin Baer at justin.baer@wsj.com and Geoffrey Rogow at geoffrey.rogow@wsj.com

Leap in Gas Prices Puts $3 a Gallon in Sight

The prospect of summer drivers crowding U.S. highways is powering steep gains in the price of gasoline, a sign of…