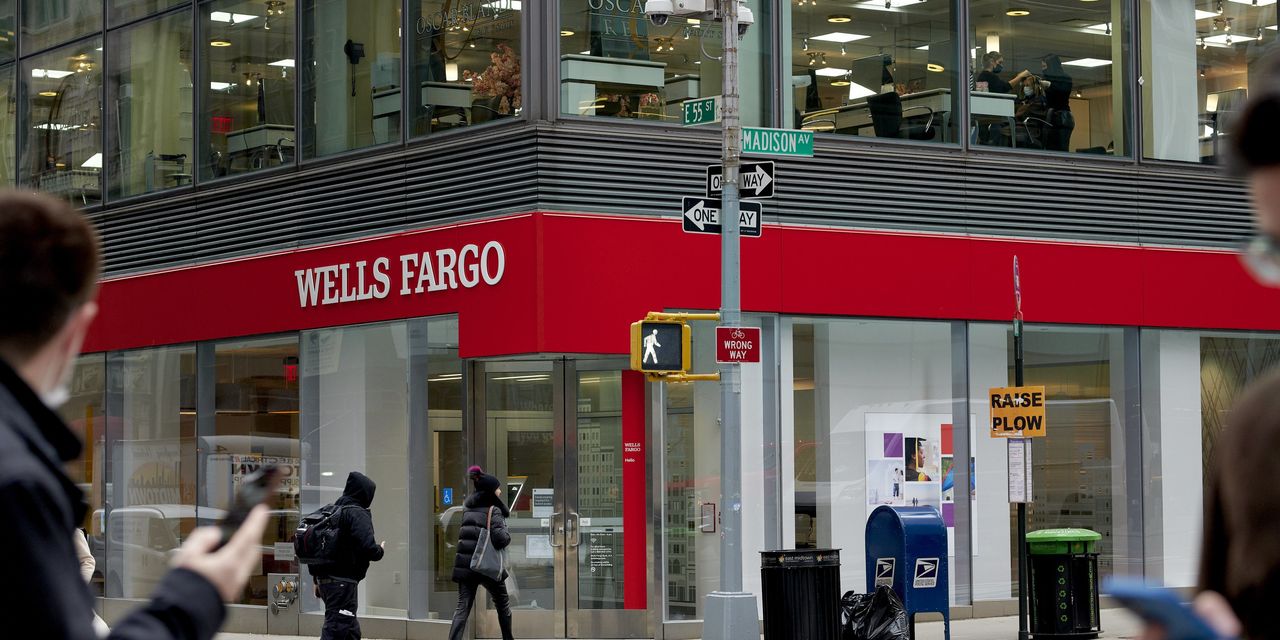 The S&P 500 financials sector edged up 5.4% last week, the first five trading days of January. That marked its best start to a calendar year since 2010. The gain contrasts with the 1.9% pullback in the broader S&P 500 index.

Investors are betting that looming interest-rate increases will fuel profits in financials and make the sector more attractive than tech, one of the main contributors to last year’s rally.

Last week’s surge came after the Federal Reserve signaled midweek that officials might raise rates as soon as March, faster than previously anticipated. On Tuesday, the yield on the 10-year Treasury note settled at 1.745%, up from 1.666% a week ago.

What is your outlook for bank stocks in 2022? Join the conversation below.

Banks have still managed to notch recent blockbuster profits, thanks to big gains in trading and deal making. But higher interest rates would help with their bread-and-butter business.

Banks make money in part by charging higher rates on their loans compared with what they pay out on their deposits, and they tend to raise interest rates on loans before increasing them on deposits.

Rates on some types of loans, like mortgages, tend to move in tandem with the 10-year Treasury yield.

Those yields can be a proxy for market expectations for Fed rate increases. When the central bank raises its benchmark rate, banks tend to increase their rates on credit cards and some variable-rate loans.

“The spread between what you charge on loans relative to what you pay on deposits will begin to widen as rates rise,” said Jason Goldberg, a banking analyst at Barclays, who is recommending investors position themselves in banks in 2022.

For now, investors are looking forward to earnings later in the week for more clues about corporate profits.

Many Mostcentral-bank officials have penciled in at least three quarter-percentage-point rate increases this year, though some bankers are hoping for more.

—David Benoit contributed to this article.

Study-materials provider Chegg aced the pandemic last year as many students moved to online learning for the first time. But…

U.S. stocks fell Wednesday, dragged lower by broad losses across everything from shares in airlines to technology stocks. The S&P…