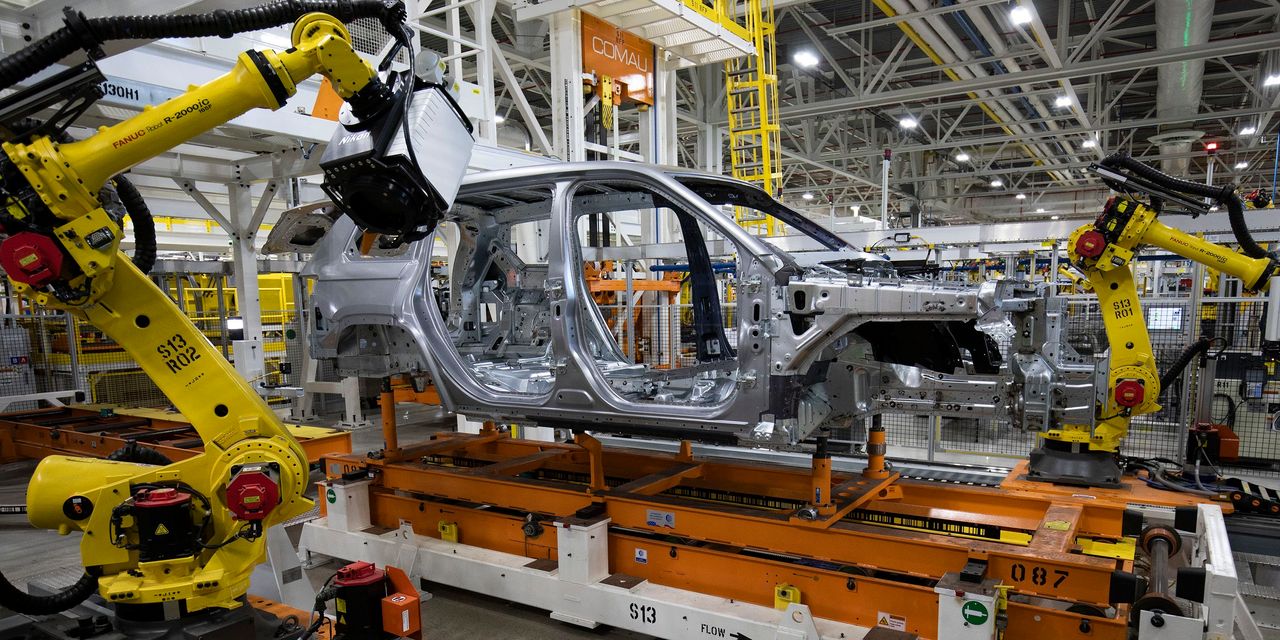 Industrial production in the U.S. declined in September as supply-chain disruptions in the auto industry and lingering effects of Hurricane Ida weighed on manufacturing and mining output during the month.

Industrial production—which includes output at factory, mining and utility companies—fell at a seasonally adjusted 1.3% in September from the previous month, data from the Federal Reserve released Monday showed.

September’s decline in industrial production is the sharpest since February, when the severe winter weather in the South and central region of the country disrupted factory activity. In August, industrial output fell by a revised 0.1% from a 0.4% rise previously estimated.

Manufacturing output, the biggest component of industrial production, fell 0.7% in September compared with August. Motor vehicle and parts production decreased 7.2% amid the shortage of semiconductors.

The lingering effects of Hurricane Ida also contributed to the drop in manufacturing, by 0.3 percentage point, the Fed said.

Despite last month’s drop, industrial production rose at an annual rate of 4.3% in the third quarter, marking the fifth consecutive quarter with a gain of more than 4%.

Supply-chain disruptions that have held back industrial output in the past few months have persisted, according to regional surveys for the manufacturing sector.

Economists surveyed this month by The Wall Street Journal expect supply-chain-related woes to weigh on the economy through much of next year, with around 45% of them estimating that it will take until the second half of 2022 for bottlenecks to have mostly receded.

Utilities output declined 3.6% in September as demand for cooling subsided after a warmer-than-usual August, the Fed said. Mining output decreased 2.3%, with rigs in the Gulf of Mexico still idled for much of the month after hurricane Ida.

Industrial production in September was 4.6% above the same month a year earlier.

Capacity utilization, which reflects how much industries are producing compared with what they could potentially produce, fell 1 percentage point to 75.2% in September. Economists expected a 76.5% reading.

Should you super fund a 529 college savings plan? Here’s what experts say

Kevin Winter | Getty Images Subscribe If you’re eager to jump-start an education fund, you may consider a larger, upfront…