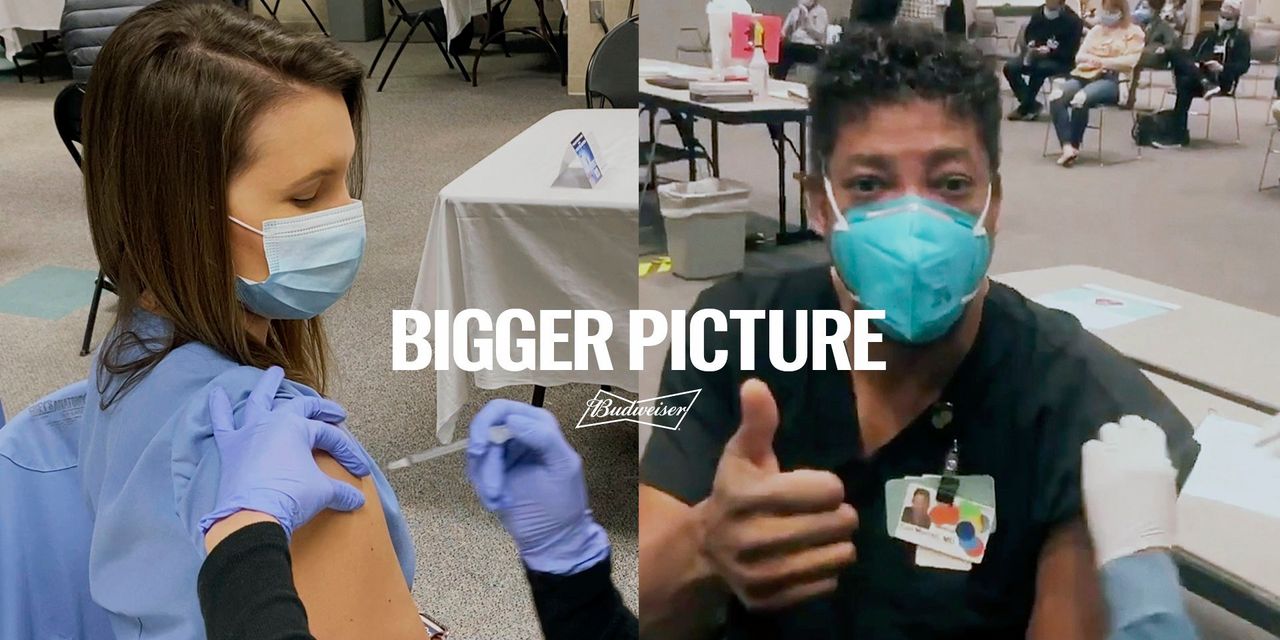 Advertising is coming back strong.

The current rate of ad-spending growth is likely to be the fastest in the postwar era, according to Brian Wieser, president of business intelligence at ad-buying giant GroupM, and comes as many companies had severely cut back on marketing expenses in the early months of the pandemic.

“We are seeing ad surges pretty much across the board as things get back to normal. Some of the categories that were most impacted are starting to pick up again, like travel,” said Dani Benowitz, president of U.S. for Magna Global, an ad-buying arm of Interpublic Group of Cos.

Advertising outlets aren’t benefiting evenly from the ad-spending rebound. Major players in digital advertising—which beyond behemoths like Google and Facebook Inc. include Snap Inc. and Pinterest Inc.—are getting an ever-growing share of the advertising pie.

GroupM expects TV advertising to rebound from last year—growing 9.3%—and newspapers and magazines to continue bringing in fewer ad dollars every year.

The pandemic accelerated the shift of ad dollars to Google, Facebook and Amazon as the trio also benefited from an increase of new small businesses that typically rely largely on digital ads.

What do you think the swell in ad spending signals about the post-pandemic economy? Join the conversation below.

GroupM had been expecting digital-advertising platforms to capture 51% of all advertising in the U.S. this year, up from 44% in 2019. The firm said it would likely adjust its estimate upward because of the better-than-expected results from Google’s parent company, Alphabet Inc., which on Tuesday said first-quarter revenue surged 34% to $55.31 billion.

“There is no question digital is certainly taking even more share,” Mr. Wieser said. “No one expected the numbers we saw from Google.”

The second-largest player in digital advertising, Facebook, this week said quarterly ad-revenue rose 46%, while the third-largest, Amazon.com Inc., saw its category that includes ads sales rise 77% in the quarter.

Among other digital-advertising players, Snap’s revenue surged by 66% and Pinterest’s by 78%.

GroupM expects U.S. ad spending to grow by 15% this year to $250.7 billion, excluding political ad dollars. The company has been tracking ad spending since 2000.

Ad giants such as WPP PLC and IPG are also seeing improvements in revenue. Agencies stand to benefit as businesses look to spend on advertising and build brand awareness as the economy reopens, said media analyst Michael Nathanson in a note to investors Thursday.

Anheuser-Busch, which decreased its ad spending by a double-digit percentage in 2020, said it expected ad outlays in the U.S. to return to pre-pandemic ad spending levels this year. “The recovery and vaccination rates have accelerated faster than we thought,” said Mr. Marcondes. The reopening “coincides with summertime, which is a big season for us.”

Massachusetts Mutual Life Insurance Co., which cut its ad spending by about 30% last year, is also expecting to return to 2019 ad-spending levels.  “We saw consumer confidence coming back and we are also seeing high demand for life insurance and financial services right now,” said Jennifer Halloran, MassMutual’s head of marketing.

Among the marketers hardest-hit by the pandemic, travel-booking company Expedia Group Inc. recently kicked off a new branding campaign. The company said it would be its largest brand-marketing campaign in five years; it wouldn’t disclose how much it will spend.

“We are starting to advertise now for people who are feeling comfortable traveling this summer and even for the fall,” said Shiv Singh, Expedia’s senior vice president and general manager.

Fox said ad spending has been strong through the start of the year. “The demand across lots of different categories signals a pretty healthy market,” said Marianne Gambelli, president of ad sales at Fox Corp., which shares common ownership with Wall Street Journal parent News Corp.

Some networks haven’t been able to benefit from the ad bounceback to a larger degree because they don’t have the ad inventory to sell because of low viewership, the lack of fresh programming and the lack of sporting events, said ad buyers and network executives. Still, those issues are beginning to recede as sports return to more normal schedules and as the resumption of programming production has given networks fresh content to air.

GroupM expects newspapers and magazines to continue getting fewer ad dollars this year. In a sign of the growing divide between national and local publishers, several national news outlets said they are feeling positive, thanks in part to an upswing in ads from financial services, healthcare firms and the return of luxury ad spending.

“We have had record-setting months in the fourth quarter and that has continued in 2021,” said Joy Robins, chief revenue officer for the Washington Post. While the publisher doesn’t disclose its revenue, Ms. Robins said its direct ad-sales business, which makes up the bulk of its ad revenue, was up almost 40% in the first quarter.

“Advertisers are spending because of the optimism around consumer spending,” Ms. Robins said.

Write to Suzanne Vranica at suzanne.vranica@wsj.com

Bank and cyclical stocks should be bought on the dip, Jim Cramer says

The weakness seen Monday in banks and cyclical stocks will be short-lived, and investors should buy them on the dip,…